“Made In Azerbaijan” Automobiles Could Soon Be Exported 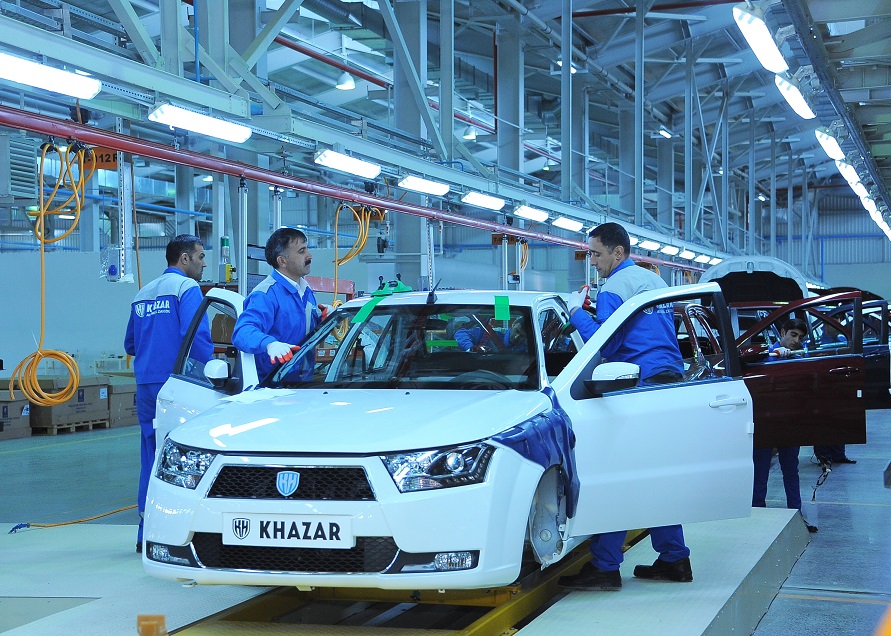 Assembly of the Khazar car model at the Khazar plant in Azerbaijan / Economy.Gov.Az

Brand-new automobiles made in Azerbaijan have been rolling off assembly lines and are already being sold domestically, but plans are underway to export the cars to countries of the Commonwealth of Independent States (CIS).

Sabina Nobari, Director of America, Asia, Europe and CIS Department, at the Iran Khodro Company (IKCO) – one of two stakeholders in the jointly-run Azerbaijani-Iranian car factory located in Azerbaijan – said the cars that are assembled at the factory are currently being sold only in Azerbaijan, but will be exported to CIS states.

"Iran Khodro and the Azerbaijani car company AzEuroCar LLC have produced in Azerbaijan more than 300 unified sedans Dena since March 2018,” Nobari said, without giving an exact date of when export to CIS countries will begin.

Azermash, the parent company of AzEuroCar LLC, and IKCO, Iran’s largest car manufacturer, converged in 2016 to launch a co-owned manufacturing plant in Azerbaijan’s Neftchala Industrial Park. Azermash financed 75 percent of the plant’s total cost of $14 million and is the largest shareholder, while IKCO holds the remaining 25 percent. IKCO is primarily responsible for technical and maintenance services.

The first batch of the jointly manufactured cars, which are being sold under the Khazar brand name, went on sale in Baku in June. The manual transmission, 1.7 liter engine SD and LD models meet the highest Euro-5 European gasoline emission standards and international car safety terms and conditions. Prices range from $8,200 to $11,750.

Although IKCO is currently supplying spare parts for the cars, Azermash will be producing them locally in Azerbaijan starting in 2019, passing on 12-13 percent cost savings to the consumer.

Production is limited but expected to pick up by the end of this year, when about 1,500 cars will have been produced. In 2019, 2,500 to 3,000 cars are expected to be churned out at the plant, and by the following year, 5,000. The ultimate production volume is 10,000 cars per year. Twenty percent of the total production will be delivered in CIS markets as soon as export operations kick into gear.

"At present, Iran Khodro plans to increase its current production line capacity [at the Khazar plant] from 4 to 8 per day,” Saleh-Niya said, according to Marja.az. “In the future, the company plans to produce 2500 cars a year by launching the second line of production.”

Four models of two foreign automobile brands will be added. France’s Peugeot, which are currently manufactured in two models by Iran Khodro – Peugeot-206 and Peugeot-207 – is getting in the game, as well as Renault, which has its Renault Tondar and Renault Pickup models already manufactured by the Iranian company as well.