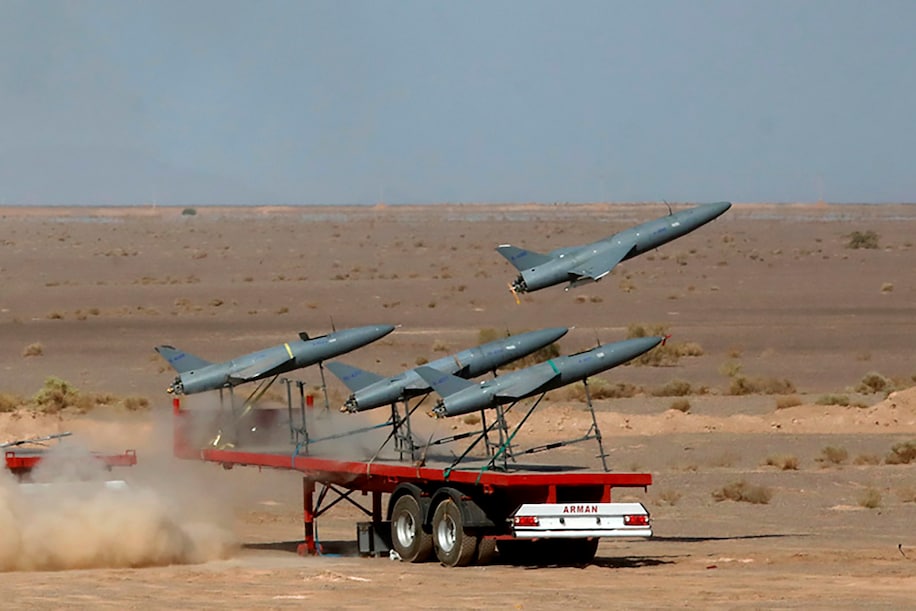 A drone is launched during military drills in this photo released by the Iranian army on August 25, 2022. / AP

The Russian presidential press secretary, Dmitriy Peskov, has dismissed media reports about the supplies of Iranian-made combat drones to Russia as “fake news.”

The article published on August 29 claims that Russia has received at least two types of UAVs — Mohajer-6 and Shaheed, which Moscow plans to use in the war with Ukraine. According to the report, the drones were sent to Russia on August 19. Based on intelligence gathered by the US and other special services, the delivery has been marred by serious technical failures in early tests and the Russians are displeased with the performance of the drone systems.

According to a senior U.S. administration official, Russia has faced “numerous failures” with Iranian-made drones in its war with Ukraine.

“We assess that Russia intends to use these Iranian UAVs, which can conduct air-to-surface attacks, electronic warfare, and targeting, on the battlefield in Ukraine,” Reuters cited the official as saying.

On August 10, a US official told CNN that “Russian officials conducted training in Iran as part of the agreement for UAV transfers from Iran to Russia in the last several weeks.”

US National Security Adviser Jake Sullivan said in July that “our information indicates that the Iranian government is preparing to provide Russia with up to several hundred UAVs, including weapons-capable UAVs on an expedited timeline.”

On July 19, the commander of the Iranian Army’s Ground Force, Kioumars Heydari said Tehran was ready to export arms and military equipment, including unmanned aerial vehicles (UAVs), to “friendly countries.”