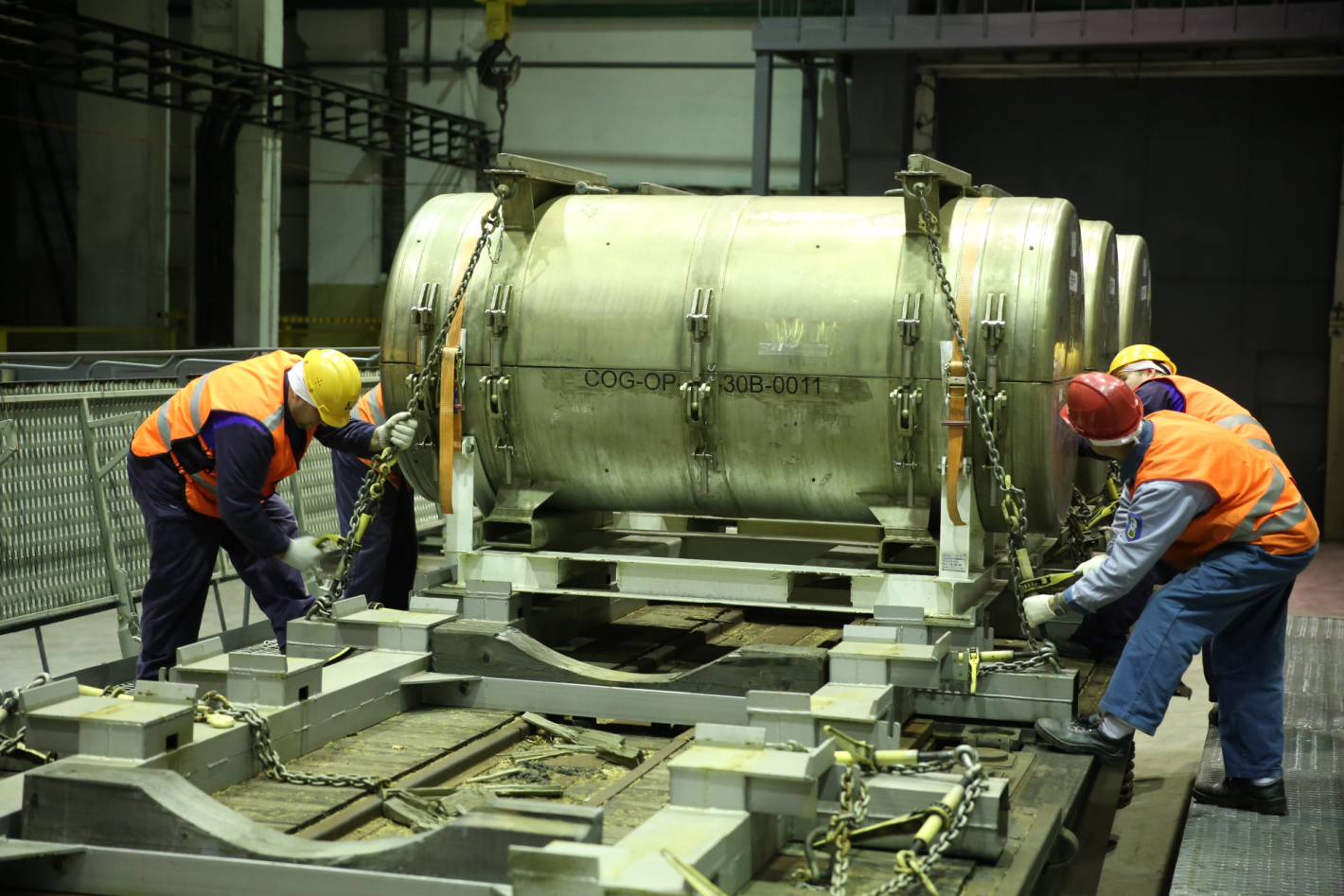 Kazakhstan possesses about 12 percent of the world’s recoverable uranium, with 50 known deposits and 22 uranium mines operated by the state-owned Kazatomprom and through joint ventures. / Kazatomprom

Kazatomprom, Kazakhstan’s national operator for the import and export of uranium, announced the deal with a Buenos Aires-based mining corporation Dioxitek on Tuesday after winning a tender to cover the South American country’s short supply for its nuclear reactors.

The value of Kazatomprom's deal with the state-owned Argentinian firm, however, has not been disclosed.

‘‘This agreement emphasizes the geographic diversity of the company’s contract portfolio, and strengthens the company’s presence in South America,’’ reads a statement published to the Kazatomprom’s website.

‘‘It also marks the renewal of cooperation between the Republic of Kazakhstan and Argentina, and it is indicative of the company’s strong reputation as the supplier of choice to the global nuclear fuel market," the statement added.

Kazatomprom is one of the world’s largest producers of uranium, with production accounting for approximately 24 percent of global primary uranium output as of 2019. All of the company’s mining operations are located in Kazakhstan.

While Argentina sits atop some substantial uranium reserves, the country’s nuclear industry has lagged after the government interrupted domestic production in 1997. In 2018, Russia pledged to help Buenos Aires develop uranium exploration and processing in Argentina. The South American country currently has three operating nuclear power plants, including Atucha I and Atucha II launched in 1974 and 2014, respectively, as well as the Embalse plant, which has been in operation since 1983.

The tender win and Kazakh-Argentinian deal comes as no surprise, considering that Kazakhstan possesses about 12 percent of the world’s recoverable uranium, with 50 known deposits and 22 uranium mines operated by the state-owned Kazatomprom and through joint ventures.

In October 2019, Kazakhstan inaugurated a low enriched uranium (LEU) bank in Ust-Kamenogorsk, a city in the eastern part of the Caspian country, which is now considered the world’s largest reserve of its kind. Operated by the International Atomic Energy Agency (IAEA), the facility serves as a source of nuclear supplies of last resort to countries with nuclear power plants, in case they are unable to obtain the fuel on the open market. The bank can store up to 90 metric tons of uranium suitable for making fuel to feed a light-water nuclear reactor.

Argentina is not the only country energy-rich Kazakhstan is partnering with in a bid to sell uranium.

In 2018, Kazatomprom announced its first deal with Brazil under which it was tasked with supplying the country with uranium ore, while in 2016, a similar agreement was signed with Iran. In 2017, Kazakhstan extended the term of the uranium contract with Iran until 2020. According to the document, Kazakhstan committed to supplying Iran with 950 tons of uranium concentrate for a three-year period, subject to agreement by the UN Security Council.

Last month, Kazatomprom announced it would cut production and furlough non-essential workers due to COVID-19 pandemic. According to a statement issued by the company on April 7, its facilities across Kazakhstan are working at reduced capacity for three months, a move that is expected to result in production cuts of 17.5 percent this year. However, the Nur-Sultan-based extraction company explained that reduced output is not expected to affect its sales obligations for 2020.