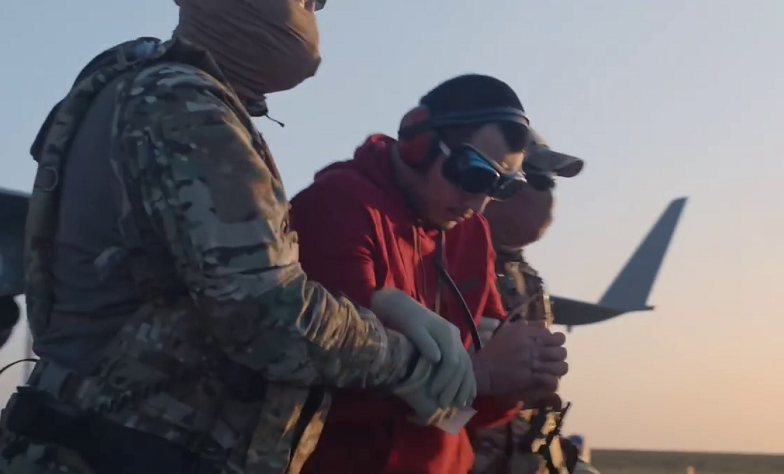 Kazakhstan is closely cooperating with the International Criminal Police Organization, more commonly known as Interpol, and countries in the Middle East to help track down Kazakhstani militants that have gone abroad to fight, particularly in the civil war in Syria. / TengriNews

Kazakhstan’s security forces have arrested several men and women recently repatriated from Syria due to suspicions of ties with the Islamic State of Iraq and Syria (ISIS), also known as Islamic State (IS).

“Upon arrival in Kazakhstan, 16 men and four women were detained on suspicion of involvement in terrorist activities led by ISIS. They have already been transferred to criminal investigation sites in the cities of Nur-Sultan, Atyrau, Aktobe, Uralsk, Karaganda and Shymkent,” said Bakhytbek Rakhymberdiev, who leads the Department of National Security Committee, according to reports by Tengrinews.

At least 231 people, all citizens of Kazakhstan, were brought back to the country following a humanitarian rescue operation code-named Zhusan, which in Kazakh means “bitter wormwood,” and carried out May 7–9. Wormwood is a symbol of homesickness in Kazakhstan.

Along with adults, Kazakhstani security forces evacuated 156 children, mostly of pre-school age, of which 18 are orphans. The authorities later announced that the returnees who were captured in Syria came back to the country voluntarily. Meanwhile, 55 women with children are being held in a special adaptation center near Aktau for about one month.

“They are also being checked for participation in terrorist activities. If there is no problem, women and children will be brought to their former places of residence after quarantine is over,” Rakhymberdiev said Monday.

Rehabilitation centers are already up and running throughout the Caspian country to help women and children get back to normal life, while lawyers help families recover vital documents and help them get jobs. In addition, the National Security Committee and the Ministry of Public Development attract theologians that work with those returning from combat zones to help rehabilitate them.

Thousands of people from different countries, including women, have joined the conflict in Syria that has been ongoing since the Spring of 2011, sometimes supporting terrorist groups like ISIS, also known as daesh in Arabic. Syria has been in a virtual state of civil war for over eight years, which began with anti-government protests.

A report published by King’s College London in 2018 states that 13 percent of 41,490 foreign citizens that became affiliated with ISIS between 2013 and 2018 were women. Another 12 percent were minors. According to data from Kazakhstan’s National Security Committee, about 390 Kazakhstani minors were found in combat zones in Syria and Iraq as of late 2017.

Between 2012 and 2015, recruited Kazakhstani citizens left for Afghanistan, Iraq and Syria. Officials in Kazakhstan say it is impossible to calculate the exact number of those who left as these people often left the country without documents and joined the extremists after passing three or four borders. Kazakhstan is among the few countries that have retrieved its citizens, including children on a large scale.

The recent operation came after another event that took place earlier this year when security forces brought back nearly 50 Kazakhstani women and children held hostage by militant groups.

“We can already talk about the positive effect of this work. The women who returned in January of this year abandoned the radical past, got a job, and re-established ties with relatives. The children went to schools,” President Kassym-Jomart Tokayev said in a statement published to the prime minister’s website.

Meanwhile, Kazakhstan is closely cooperating with the International Criminal Police Organization, more commonly known as Interpol, and countries in the Middle East to help track down Kazakhstani militants that have gone abroad to fight, particularly in the civil war in Syria.

In March 2018, Kazakhstan began stripping people who willfully go to fight in religious wars abroad, such as in Iraq and Syria, of their citizenship. Two men who returned to Kazakhstan in January were sentenced to eight years in prison for involvement in terrorist activities.