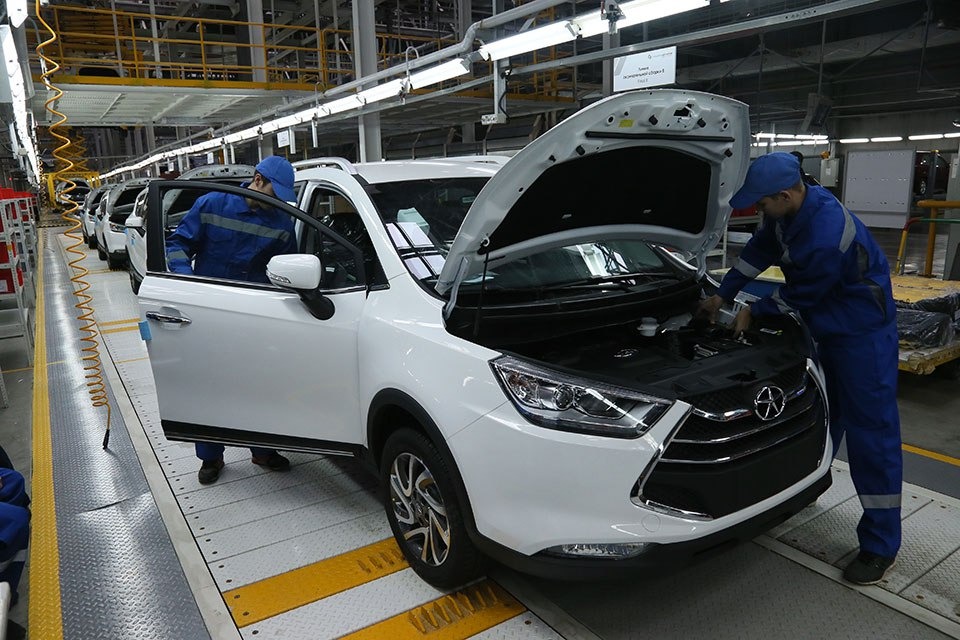 Saryarka AvtoProm is a member of AllurGroup, the official distributor, manufacturer and dealer of brands like Peugeot, Iveco, JAC, Ankai, Hyundai, Ravon, Niva Chevrolet, Suzuki and Ford in Kazakhstan.

Following a document signed this week that will go into effect next year and through 2021, the Chinese international engineering contractor and subsidiary of China General Technology Group will help its Kazakhstani partner produce JAC, Ankai, HOWO and Hanteng car brands. A plant in Kostanay, a city in the northern corner of Kazakhstan, will be the site of collaboration between the two companies. CMC now has a 51 percent stake in Saryarka AvtoProm.

“The parties [to the agreement] are planning to increase the production volume up to 100,000 units,” reads a statement posted the Kazakhstani prime minister’s official website.

Saryarka AvtoProm is a member of AllurGroup, the official distributor, manufacturer and dealer of brands like Peugeot, Iveco, JAC, Ankai, Hyundai, Ravon, Niva Chevrolet, Suzuki and Ford in Kazakhstan.

Officials in Astana believe the new deal will help the company overcome current financing problems, grow the domestic industry, and boost the country’s export potential. Kazakhstani manufacturers are hoping that their Chinese partner will also bring modern technologies to the table and introduce new production methods.

“With the help of the Chinese partner, the enterprise based in Kostanay will be able to significantly deepen the localization of production, load and expand production equipment, introduce new technologies, improve technological processes, as well as produce modern cars at Saryarka Avtoprom’s facilities at the lowest cost and with maximum efficiency,” reads a report by Kursiv.

The agreement will be implemented within China’s global logistics project known as the Belt and Road Initiative. The project was put forward by Chinese leader Xi Jinping in September 2013 to create a single Eurasian trade and economic space, and a transcontinental transport corridor.

Companies from China have been showing an active interest in various sectors of Kazakhstan's economy for several years. China’s direct investments in Kazakhstan over the past 12 years amount to around $14 billion, making it one of Kazakhstan’s top five largest investors, according to a report issued by the website 365info.kz in May. China is also a shareholder in Kazakhstan’s oil giant PetroKazakhstan Inc., AktobeMunaiGas, KarazhanbasMunaiGas, and the Kazakhstani-Chinese uranium mine known as Irkol, amongst others. In addition, the two neighboring countries jointly operate the Khorgos international center located along the Kazakhstani-Chinese border.

Meanwhile, collaboration within the automotive industry is nothing new for the two countries.

Earlier this year, Kazakhstan and China inked a $3 billion deal to construct factories in the North Kazakhstan region sometime next year, where heavy duty cars, municipal equipment and eventually small aircraft will be produced. China’s state-owned Dongfeng Motor Corporation, considered one of the biggest automobile manufacturers in the country, will build a complex of roughly 165 hectares in Petropavlovsk, located 40 km south of Kazakhstan’s border with Russia. Automobile production is not expected until six years later.

In addition, JAC Motors – a Chinese state-owned automobile and commercial vehicle manufacturer – has been active in Kazakhstan since 2015, when the company signed an agreement with Kazakhstan’s AllurGroup to invest $18 million into the local car market.