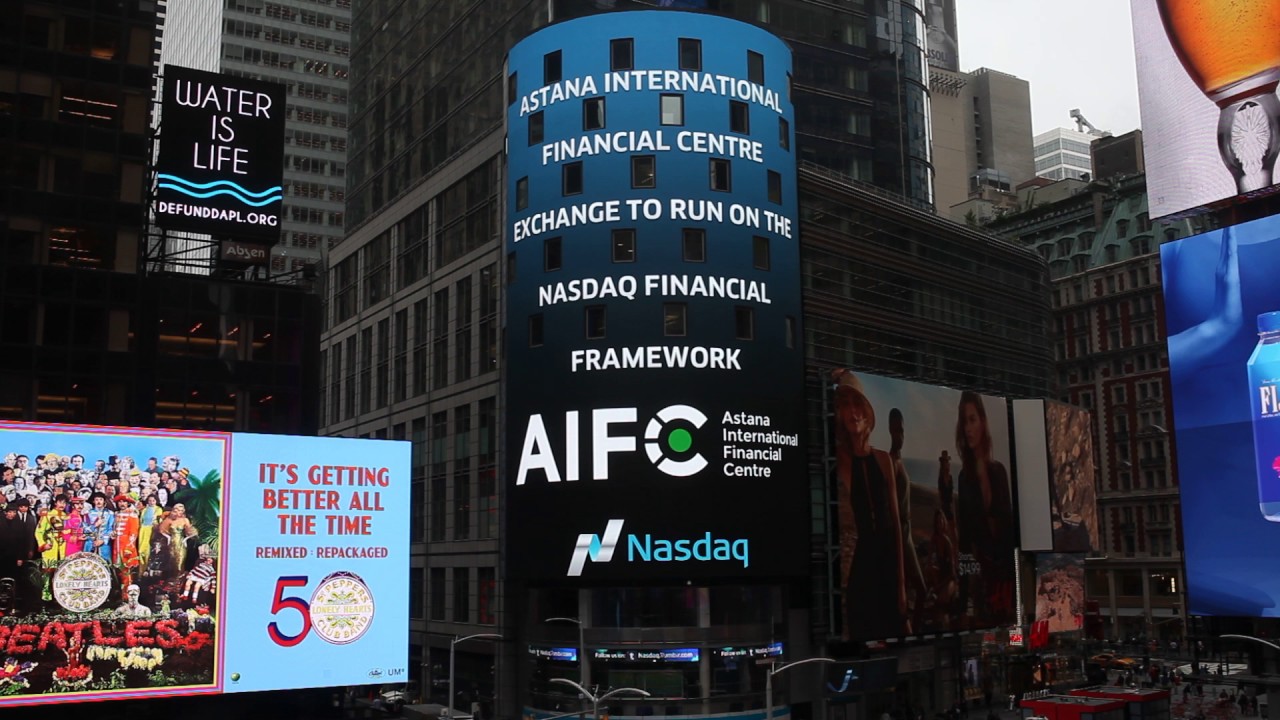 Launched in 2018 and modeled on similar centers in Singapore and Dubai, AIFC follows British securities and corporate law, and offers visa and tax waivers for global financial investors.

Officials in Kazakhstan are looking to lure foreign direct investment into the Caspian and Central Asian country through the Astana International Financial Center (AIFC) and are hoping it will become a regional financial hub. Based on English common law, giving it a preferential tax system, and subject to an independent financial court are all mechanisms the government in Nur-Sultan (the capital of Kazakhstan, formerly known as Astana) are using to make it competitive.

“We believe that the emerging investment structure will bring work with foreign capital to a new level,” said the center’s governor, Kairat Kelimbetov, according to reports by Sputnik. “At the moment, the necessary infrastructure, including the AIFC Court, the International Arbitration Center, the AIFC Exchange, and the Expat Center has already been launched on the AIFC site,” he added.

Launched in 2018 and modeled on similar centers in Singapore and Dubai, the center uses English – not Russian or Kazakh – as its main language, follows British securities and corporate law, and offers visa and tax waivers for global financial investors. Members of AIFC are exempt from Kazakhstani corporate income tax, individual income tax, land tax and property tax for 50 years.

The center includes the AIFC Court, which is independent in its activities and separate from Kazakhstan’s judicial system, but has no jurisdiction over criminal and administrative proceedings. In addition, partners from the AIFC may benefit from services of the International Arbitration Center, which has its own panel of world-leading arbitrators and mediators and allows for independent and speedy alternatives to court litigation.

The brainchild of the former Kazakhstani President Nursultan Nazarbayev, the AIFC is expected to become a catalyst for attracting foreign capital and bring Kazakhstan’s stock market to a new level of development.

“AIFC has already established itself among the global business community as a convenient platform and we will continue to work in this direction,” the Governor of the financial center said Monday, according to reports by Forbes.

The financial center initiative is not new, because Almaty, Kazakhstan's largest city, tried to develop the industry and become a regional center in 2004. Back then, however, Kazakhstan faced the problem of establishing new institutions on the laws of existing ones. Since then, officials have been striving to make the country a home for much needed foreign investment that could help strengthen what is Central Asia’s largest economy.

In 1997, the government designed a bill titled “On State Support for Direct Investments” that defined privileges for foreign businesses investing in priority sectors of the economy. Through it the legislation, entrepreneurs are provided with state grants, are exempt from land tax and property tax for up to five years, and are fully or partially exempt from customs duties on equipment importation and materials needed for projects.

According to the country’s National Bank, in the first half of 2018, the total gross inflow of foreign direct investment into Kazakhstan amounted to $12.3 billion, almost 16 percent more than in the same period in 2017. The Netherlands, the United States, Switzerland and Russia topped the list of its foreign investors, bringing in nearly $6 billion.

The Netherlands is particularly active in Kazakhstan. Oil and gas are particularly important to the European country, as Royal Dutch Shell, Chicago Bridge & Iron Company, a large engineering, procurement and construction business, Witteveen + Bos engineering and consulting agency, and Van Oord, which specializes in dredging and land reclamation, all have investments in Kazakhstan.