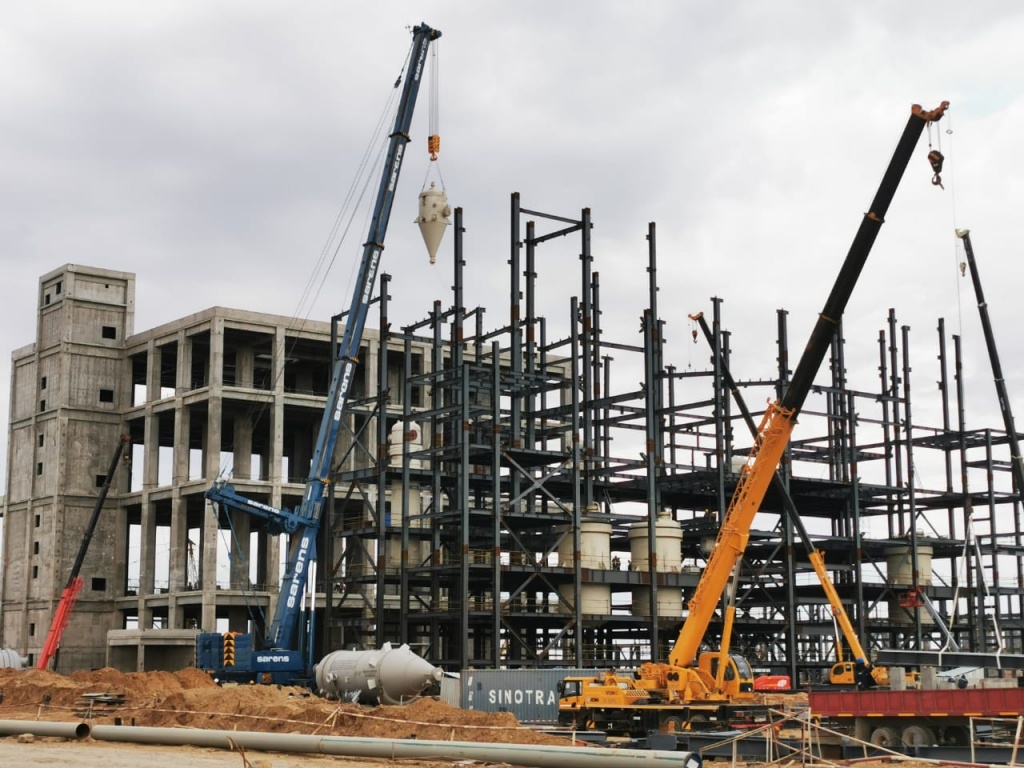 The $2.6 billion plant is being constructed in the Atyrau region, which is positioned in the west of the country, northeast of the Caspian Sea and 42 kilometers from the city of Atyrau, known for its petroleum. / Kazakhstan Petrochemical Industries Inc.

Kazakhstan’s first polypropylene plant is slated to come online in the third quarter of 2021, a project operator Kazakhstan Petrochemical Industries Inc. (KPI) said on Tuesday. KPI is targeting production of 500,000 tons per annum at the plant, of which 10 percent will be set aside for Kazakhstan. This would make it among the largest polypropylene producers in the world.

The bulk of plant output will be exported to Western and Central Europe, Turkey, China and some post-Soviet countries. Once launched, the plant is expected to add up to 230 billion tenge or $548.6 million per year to Kazakhstan’s economy.

“Our task is to saturate the market of Kazakhstan with a cheap high-quality product,” said Denis Kozyrev, Deputy Chairman of the Board for Technology and Production at KPI, according to a report by Informburo.

Raw material for the plant will be supplied by Tengizchevroil, the operator of Kazakhstan's giant Tengiz oil field.

Polypropylene is the primary material used in the production of packaging materials, textiles, stationery, automotive parts, electronic and electrical appliances and many other types of consumer goods and assemblies. Polypropylene is said to be “ecologically clean” and is considered to be one of the most important plastic products that can be safely used in food packaging and all industries related to the medical industry.

In 2019, the global polypropylene market stood at $135.14 billion in terms of value, according to data compiled by Reports and Data.

The $2.6 billion plant is being constructed in the Atyrau region, which is positioned in the west of the country, northeast of the Caspian Sea and 42 kilometers from the city of Atyrau, known for its petroleum. The project is being developed by Kazakhstan Petrochemical Industries Inc. (KPI). The stakeholders are the state-owned United Chemical Company, which owns 99 percent of KPI, and the Kazakhstan investment group, ALMEX, which owns the remaining one percent.

As a part of a bigger integrated gas chemical complex in the Atyrau region, the plant was set to be commissioned in 2015, but was delayed due to global economic turmoil. As of mid-2018, the project was only 6 percent complete. On June 28, 2018, management of KPI was handed over to the state-owned oil and gas company KazMunayGas.

As of today, 74 percent of the project is complete, according to KPI officials. However, the plant in Atyrau has been facing supply chain issues due to the impact of the coronavirus crisis on the global construction industry.

“The quarantine has affected our deadline due to the fact that cargo shipment between countries stopped. Our main equipment is located in Europe, Korea, Japan and partly in China. All these deliveries have stopped. We are about six months behind schedule. But, nobody has changed our schedule yet. In September next year, we should begin launching operations. We are not moving the terms yet,” Kazakhstan-based Inbusiness cited Kozyrev as saying on Tuesday.

Central Asia’s largest country, Kazakhstan, sealed off its borders on March 16, in an effort to curb the spread of the novel coronavirus, while its national air carrier Air Astana canceled all of its international flights from March 29. Domestic flights resumed on May 25 to all regions, in accordance with the government decision.

Meanwhile, KPI officials believe the plant will create 586 jobs for Kazakhstani nationals, despite the fact that production will be almost completely automated.