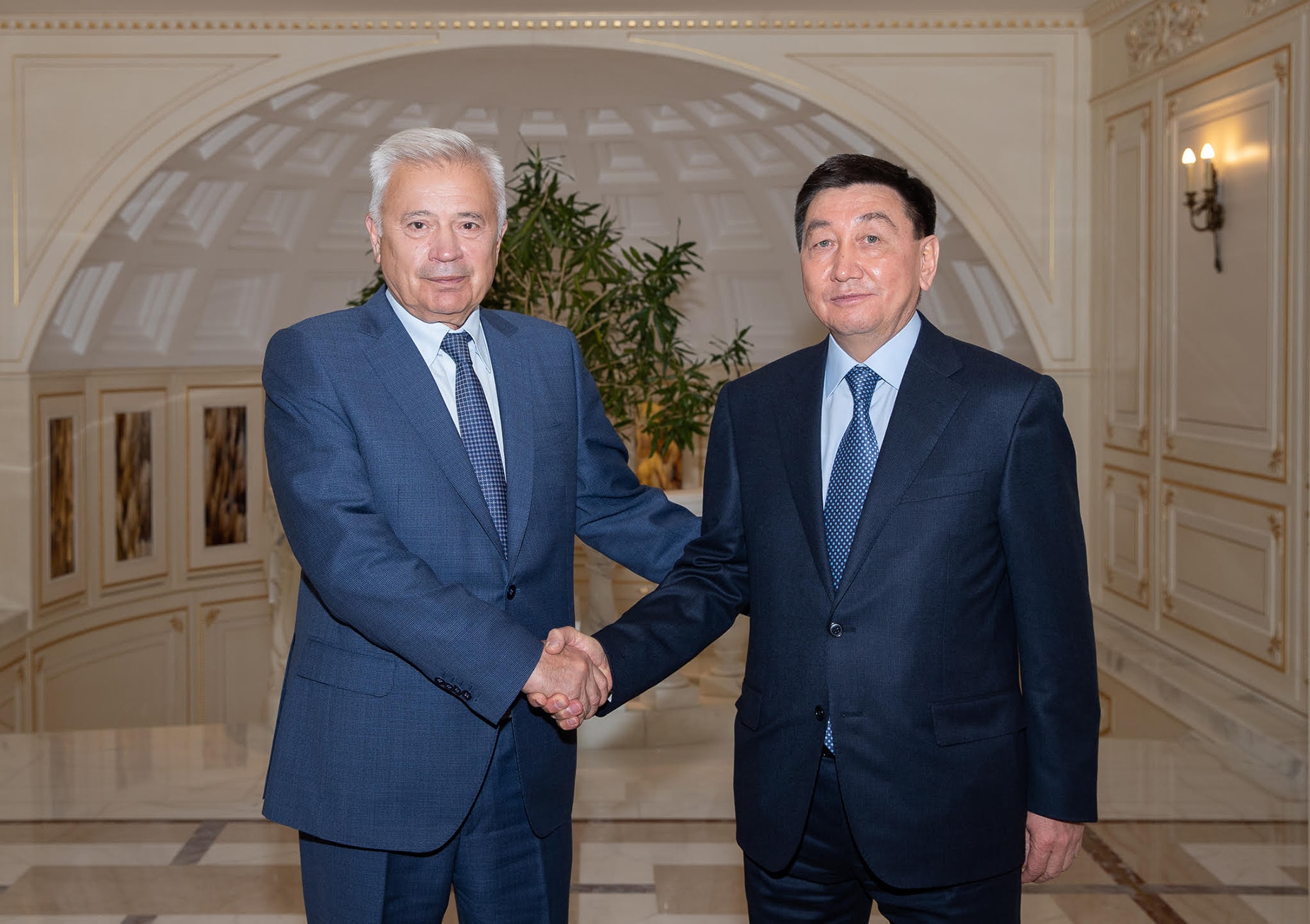 Kazakhstan's state-owned KazMunayGas (KMG) and Russia’s energy giant Lukoil signed last Wednesday an agreement that defines rights and obligations of the two companies within the Al-Farabi project located in Kazakhstan’s portion of the Caspian Sea.

The document was signed by Vagit Alekperov, Lukoil’s CEO, and Alik Aidarbayev, who chairs the management board at KMG. Officials from both sides are now one step closer to signing a contract for the development of the block formerly known as “IP2,” as the companies await KMG to receive rights to subsoil use of the block. In addition, the two companies should establish a joint venture, in which KMG will hold 50.01 percent, while the remaining 49.99 percent will go to Lukoil.

Al-Farabi is located 130 km (81 mi.) away from Kazakhstan coastline and is adjacent to the Zhenis field — another project that involves Lukoil and KMG. The water depth at the site ranges from 300 m to 400 m (328–437 yards). According to Lukoil’s data, recoverable resources at the Al-Farabi block are estimated at 15.1 million tons.

Last year, KMG and Lukoil agreed on the basic conditions for the implementation of the Al-Farabi project and then awaited approval from Kazakhstan’s energy ministry.

Meanwhile, the project in Kazakhstan will not be a first for Lukoil, which has been involved there since 1995.

“As part of LUKOIL and KMG strategic cooperation, the companies are partners in major projects – Karachaganak, Tengiz, Kumkol, and in oil transportation project of Caspian Pipeline Consortium,” reads the statement issued by Lukoil on October 8.

The oil and gas industries are the main pillars for both Moscow and Nur-Sultan as both Russia and Kazakhstan are flush with hydrocarbons. The two post-Soviet countries have maintained strong partnerships in the energy sector through already existing close economic, technological and transportation initiatives.

On April 1, 2019, Kazakhstan’s energy ministry, KMG, and Lukoil signed an agreement to develop the Zhenis offshore block, located near to Al-Farabi, and lying at a depth of 75 to 100 meters.

Following the deal, Zhenis Operating, a joint venture of Lukoil (50 percent) and KMG (50 percent), will become the project operator. Recoverable resources in this area are estimated at 65.1 million tons, according to the joint assessment of KMG and Lukoil. Reportedly, Lukoil was planning to invest about $350 million in exploration at the Zhenis block over the period of 7-9 years.

Along with Zhenis and Al-Farabi, the companies also jointly explore the Tsentralnoye field, where Lukoil and Gazpromneft own 25 percent each, as well as the Khvalynskoye field, where Lukoil owns 50 percent. At the same time, Lukoil is responsible for exploration of the Karachaganak (13.5 percent) and Kumkol (50 percent) fields. Project participants also include Transneft, KazMunayGas, Kazakhstan Pipeline Ventures, as well as Chevron, ExxonMobil, SP Rosneft-Shell, Shell, Eni and Oryx Caspian Pipeline.

Lukoil is a member of the Caspian Pipeline Consortium, through which the entire volume of crude oil is transported.