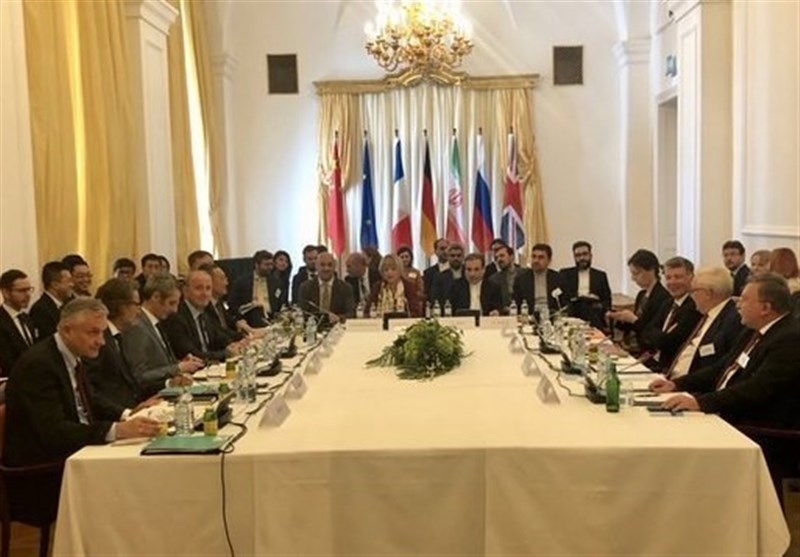 The Joint Commission of the 2015 Iran nuclear deal, known as the Joint Comprehensive Plan of Action (JCPOA), held a session in the Austrian capital on June 28, at the level of deputy foreign ministers and political directors. / IRNA news agency

The Joint Commission of the 2015 Iran nuclear deal, which is formally called the Joint Comprehensive Plan of Action (JCPOA), described the lifting of American sanctions against Iran as “an essential part of the agreement.”

“In view of recent concerning statements and developments, participants recalled the key importance of continued full and effective implementation of the agreement by all sides,” read a joint statement issued at the end of a meeting held in Vienna on Friday.

The Joint Commission includes representatives from five of the seven countries that were parties to the JCPOA, namely Russia, China, the United Kingdom, France and Germany. The recent meeting in Vienna was chaired by the EU High Representative Federica Mogherini and Secretary General of European External Action Service Helga Schmid.

According to Iran’s Tasnim news agency, France, Germany and the U.K. informed participants that INSTEX (Instrument in Support of Trade Exchanges), which had been established in January to facilitate financial transactions between EU countries and Iran as a way for European countries to skirt American sanctions on Iran, is now operational and available to all EU member states. Some EU member states are reportedly in the process of joining INSTEX as shareholders, and are working to open INSTEX to economic operators from third countries.

While European countries are enthusiastic about INSTEX and their ability to continue making money from trading with Iran, officials in Iran are not quite as convinced that the system – purposefully designed to replace the American-dominated international financial transaction platforms for international trade – will be successful.

Iran's Deputy Foreign Minister Abbas Araqchi told reporters after the Vienna talks, "it was a step forward, but it is still not enough and not meeting Iran’s expectations,” Peykeiran reported. “I don’t think the progress made today will be enough to stop our process but the decision will be made in Tehran.”

Earlier this month the governor of the Central Bank of Iran, Abdolanser Hemmati, said that "INSTEX will not work miracles; monetary transactions should be done via it and for that Europeans should purchase our oil or open credit lines for Iran.”

“Europeans should buy oil from us as did Italy and Greece in the past or in other case, they can provide us with $10 million to $15 million credit lines in order to have monetary transactions take place in INSTEX to meet Iran’s needs under the US sanctions,” said Hemmati, according to Mehr News.

In May of 2018, Trump pulled the U.S. out of the JCPOA. Following the withdrawal, Iran and the remaining parties to the agreement launched talks to try and save it.

However, the EU’s failure to ensure Iran’s economic interests forced Tehran to stop honoring certain commitments under the JCPOA. On May 8 of this year – one year after Trump announced he was pulling out the U.S. – Iranian officials announced a 60-day deadline for the remaining JCPOA parties to fulfill their mission to try and save the Obama administration-brokered deal.

For the first step in halting certain commitments under the deal, Iran has ceased to observe the limits on uranium enrichment and begun to produce an unlimited amount of heavy water at the Arak nuclear facility.