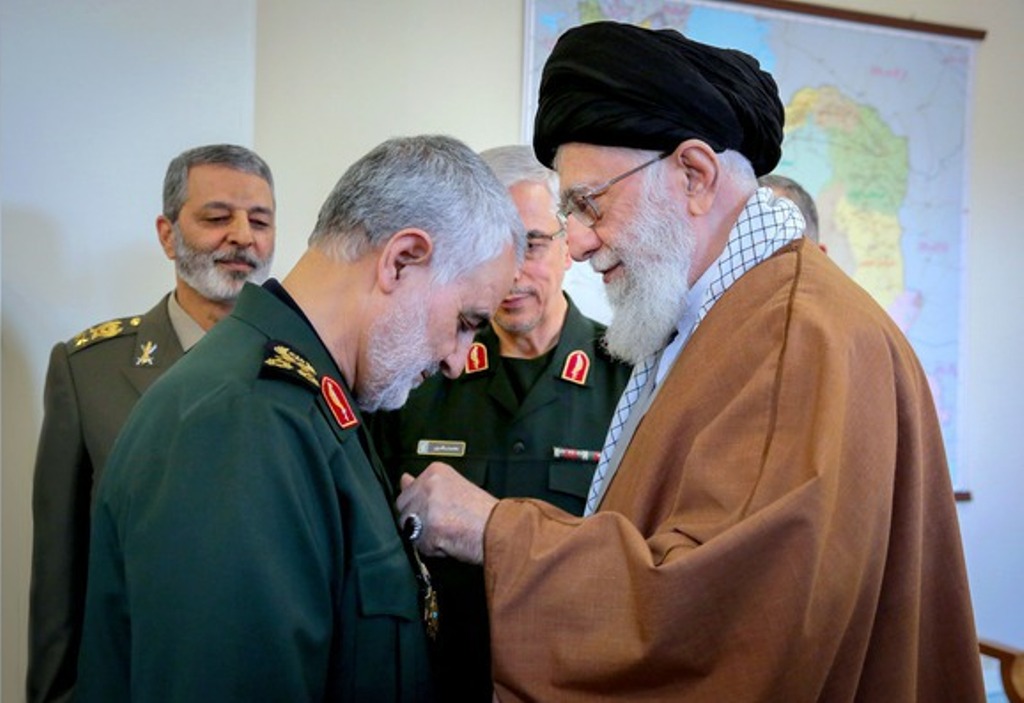 Major General Qassem Soleimani, considered one of the most influential military commanders in the Middle East and a nemesis to the U.S. military, has been awarded Iran’s highest military honor.

The commander of the Quds Force of the Islamic Revolutionary Guard Corp (IRGC) received the Order of Zolfaqar from Iran’s Supreme Leader, who is also the Commander-in-Chief of the Armed Forces, Ayatollah Ali Khamenei. Soleimani is the first Iranian military official to receive the Order of Zulfaqar, which was established in 1856 but banned after the 1979 Islamic Revolution that saw the Iranian monarchy abolished in favor of an Islamic republic. Earlier this year the order was reinstated.

“I hope that Allah the Exalted will reward and bless him, that He will help him live a blissful life and that He will make his end marked by martyrdom. Of course, not so soon. The Islamic Republic will be needing his services for many years to come, but I hope that his services will culminate with martyrdom, God willing," Khamenei said during the awarding ceremony held on March 10.

After the Order of Zulfaqar, the Order of Conquest is the highest military order of Iran, which General Soleimani has already received three times.

Soleimani is the most well-known Iranian officer outside the country. He reportedly led Iran's military operations in Syria and Iraq in recent years, and was promoted to the rank of major general in 2010. Iran was actively involved in fighting ISIS (also known as the Islamic State, or “IS”) in Syria, and it was one of the first countries to pledge assistance to Iraq to fight the group. As a supporter of Assad’s regime in Syria, Iran had reportedly deployed its Quds Force to the country beginning in 2012.

Soleimani became something of a national hero as the IRGC increasingly publicized its key role in the war against IS.

The general was seen during meetings between the Iranian and Syrian presidents, Bashar Assad and Hassan Rouhani, as well as Khamenei on February 25. Referring to the meeting, Special Assistant to the Speaker of the Iranian Parliament for International Affairs, Hossein Amir-Abdollahian, said that the underlying message of the trip was Assad's response to what is perceived to be Washington conveying to Assad that it will guarantee his lifetime presidency, provided that Damascus distances itself from Iran and Hezbollah.

In January 2019, the Washington-based magazine Foreign Policy put the name of Soleimani on top of its 2019 list of Global Thinkers in the field of defense and security.

“Suleimani’s fingerprints are everywhere that Iran is active, from Yemen to Iraq to Syria. He has also become the public face of Iran’s response to U.S. President Donald Trump’s threats,” the magazine wrote.