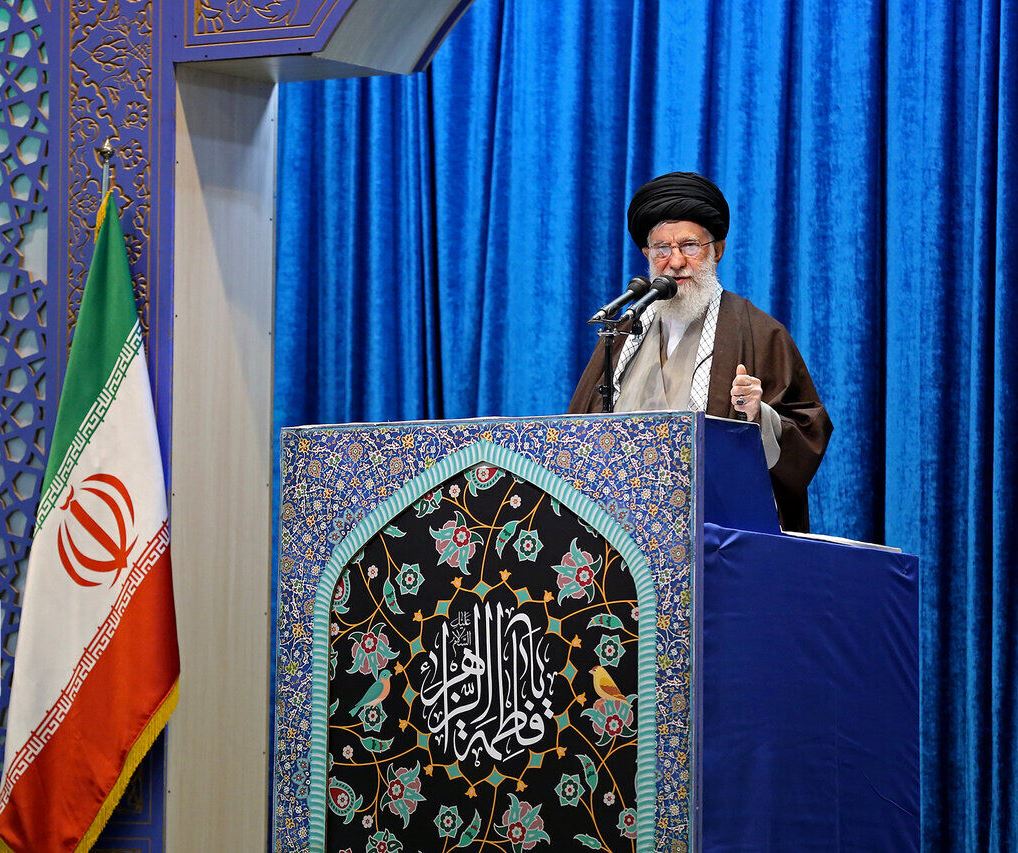 Iran’s Supreme Leader Ayatollah Ali Khamenei accused the three European signatories to the Joint Comprehensive Plan of Action (JCPOA), which was signed in 2015 under the Obama administration, of serving Washington’s interests.

France, Germany and the United Kingdom are the three European signatories to the JCPOA, along with Russia and China. The U.S. was party to the deal until May 2018.

Ayatollah Khamenei criticized the European countries for activating the agreement’s dispute resolution mechanism, which would bring their concerns regarding the sustainability of the JCPOA to the United Nations Security Council – a body at which the U.S. has veto power. He characterized the three as “servants” of the United States, stressing that neither the U.S. nor Europe can make Iran surrender to pressure.

“These negotiating gentlemen are the same as the terrorists in Baghdad who killed Soleimani,” Khamenei said, referring to the drone strike on January 3 that killed Qasem Soleimani, the former commander of the Islamic Revolutionary Guards’ Quds Force, who Washington says was responsible for the deaths of hundreds of Americans and the injuring of many more.

The Supreme Leader, who has the final say on all domestic and international affairs in Iran, stressed the country will not negotiate with the U.S., although it may enter negotiations with others.

France, Germany and the U.K. triggered the dispute resolution mechanism in response to Tehran’s announcement on January 5 that it would begin further reducing its compliance with the nuclear deal, namely the stated limit on the number of centrifuges it may operate.

“We have therefore been left with no choice, given Iran’s actions, but to register today our concerns that Iran is not meeting its commitments under the JCPOA and to refer this matter to the Joint Commission under the Dispute Resolution Mechanism, as set out in paragraph 36 of the JCPOA,” read a statement issued by the three European signatories to the JCPOA.

At a cabinet session on Wednesday, Iran’s President Hassan Rouhani referred to the statement, saying "So you claim that Iran is seeking nuclear weapons and we will not let that happen. Such talk is baseless and illogical; please do not repeat it.”

“We are a country that implements the safeguards and the Additional Protocol, and the [International Atomic Energy] Agency’s representatives and inspectors are easily present and their cameras are in our enrichment centers.”

"If you take the wrong step, it will be to your detriment. Choose the right path, which is to return to the Joint Comprehensive Plan of Action (JCPOA),” the president’s official website quoted Rouhani as saying.