Iran’s Revenue From Petrochemical Industry To Reach $25B by 2022 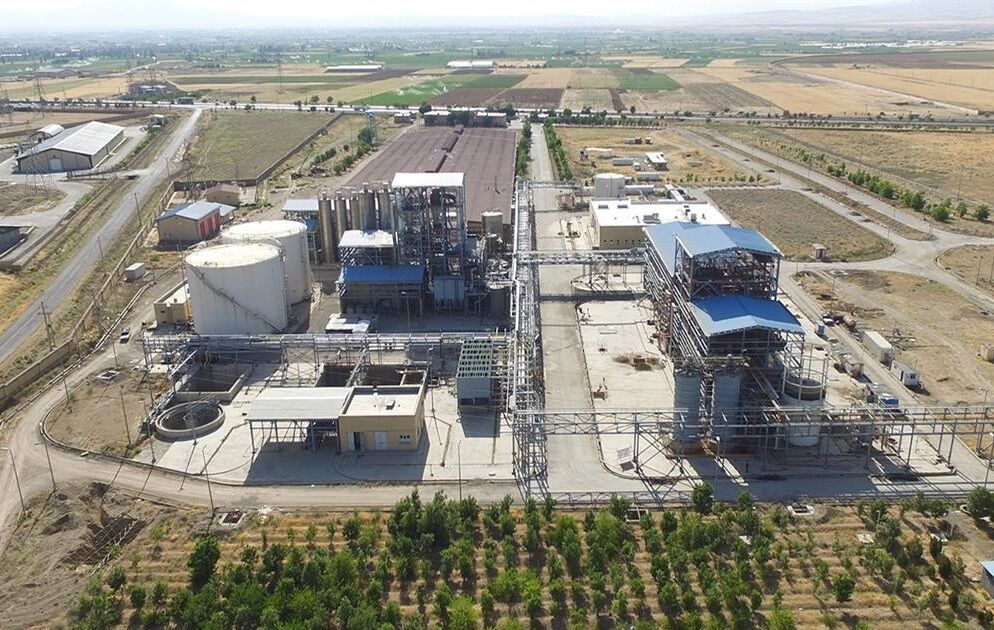 Iranian President Hassan Rouhani officially inaugurated Hegmataneh Petrochemical Plant (in photo) as the first producer of medical-grade granulation powder and polyvinyl chloride in the country with an annual capacity of 45,000 tons, on December 24, 2020. / Shana.ir

Iran’s Minister of Petroleum Bijan Zanganeh has said that the income from the country’s petrochemical industry is projected to reach $25 billion by March 2022, which marks the end of the next Iranian calendar year.

The minister made the remarks during an online opening ceremony for 5 petrochemical projects worth EUR 916 million in the provinces of Ilam, Hamedan and West Azerbaijan including Ilam Petrochemical Plant, Hegmataneh Petrochemical Plant and some small projects in Urmia at the presence of President Hassan Rouhani, on December 24, according to Iran’s SHANA news agency.

He said that the Iranian Petroleum Ministry has faithfully attempted to continue petrochemical development projects amid an illegal US embargo on Iran. Iran had earned $2 billion from the petrochemical industry in 1997 and the income reached $11 billion in 2013, Zanganeh added.

On December 27, the CEO of Iran’s National Petrochemical Company (NPC), Behzad Mohammadi told a press conference that 30% of the country’s petrochemical output is consumed domestically, while about 70% of the products are exported to international markets.

Mohammadi, who is also a deputy minister of petroleum for petrochemical affairs, said that 30 strategic projects had been earmarked with $16 billion of investment, which would add 20 million tons to the country’s annual production capacity. He added that with the completion of the second-leap plans, the volume of investment in this industry will reach $80 billion.

With the completion of the third-leap projects, this figure will reach $92 billion and with the realization of the fourth-leap plans by 2027, it will reach $108 billion. According to him, Iran’s annual petrochemical revenue will reach $44 billion per year by 2026.

In early August, President Rouhani described the inauguration of three major petrochemical projects - Kaveh Methanol and Kimia Pars Middle East projects in Bushehr and Lorestan Petrochemical Catalyst unit – with a total investment of $1.6 billion as a major step towards development despite sanctions and the spread of coronavirus.