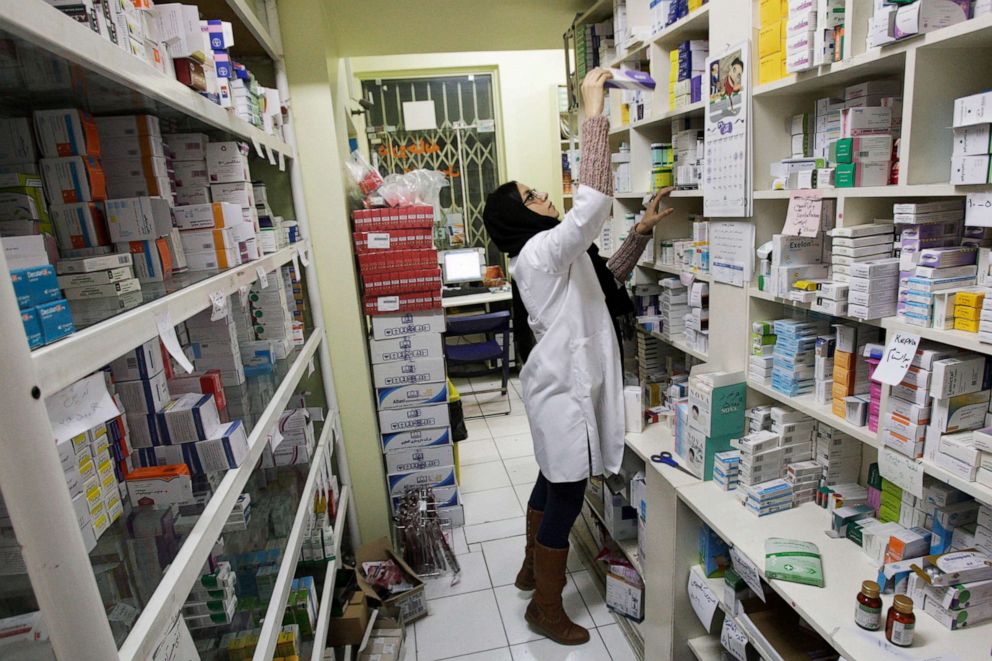 An Iranian pharmacist arranges medicine on shelves at a pharmacy in central Tehran, Iran, December 11, 2012. / AP

An Iranian deputy minister of health has said that medicine production capacity in the country is about 4.5 times more than the domestic demand.

“International cooperation will be useful for Iran in terms of medicine exports and [obtaining] foreign exchange,” Mohammadreza Shanehsaz, Deputy Minister of Health and Head of Iran’s Food and Drug Administration (IFDA), said on October 17 on the sidelines of the 66th Session of WHO Regional Committee for the Eastern Mediterranean held in Tehran.

“As medicine production capacity in the country is 4 to 4.5 times more than the domestic requirement, so we are seeking to find new markets in order to reduce the expenses of domestic pharmaceutical companies in Iran, thus lowering the cost of medicine for domestic consumers.”

Shanehsaz believes the cooperation with Eastern Mediterranean regional countries can lay the ground for exporting medicine and medical equipment, transferring technical know-how and knowledge as well as empowering capabilities of these countries.

Meanwhile, Iranian President Hassan Rouhani slammed the United States for abandoning the 2015 Iran nuclear deal, saying that “even more disgraceful was the act of imposing sanctions on food and medicines destined for Iranians.”

In September, the secretary of Biotechnology Development Headquarter at the Iranian Vice-Presidency for Science and Technology, Mostafa Qanei, said that Iranian biopharmaceuticals were being exported to major customers like Russia, Iraq, Syria, Pakistan, Malaysia, and Turkey, adding that plans are also underway to transfer Iranian biopharmaceuticals technology to Argentina.

The pharmaceutical products made by the domestic knowledge-based companies and start-ups in Iran are worth $1.2 billion. About 67 percent of raw materials for the pharmaceutical industry in Iran is provided by local companies.