Iran’s Interim Deal With Nuclear Watchdog Extended for Another Month 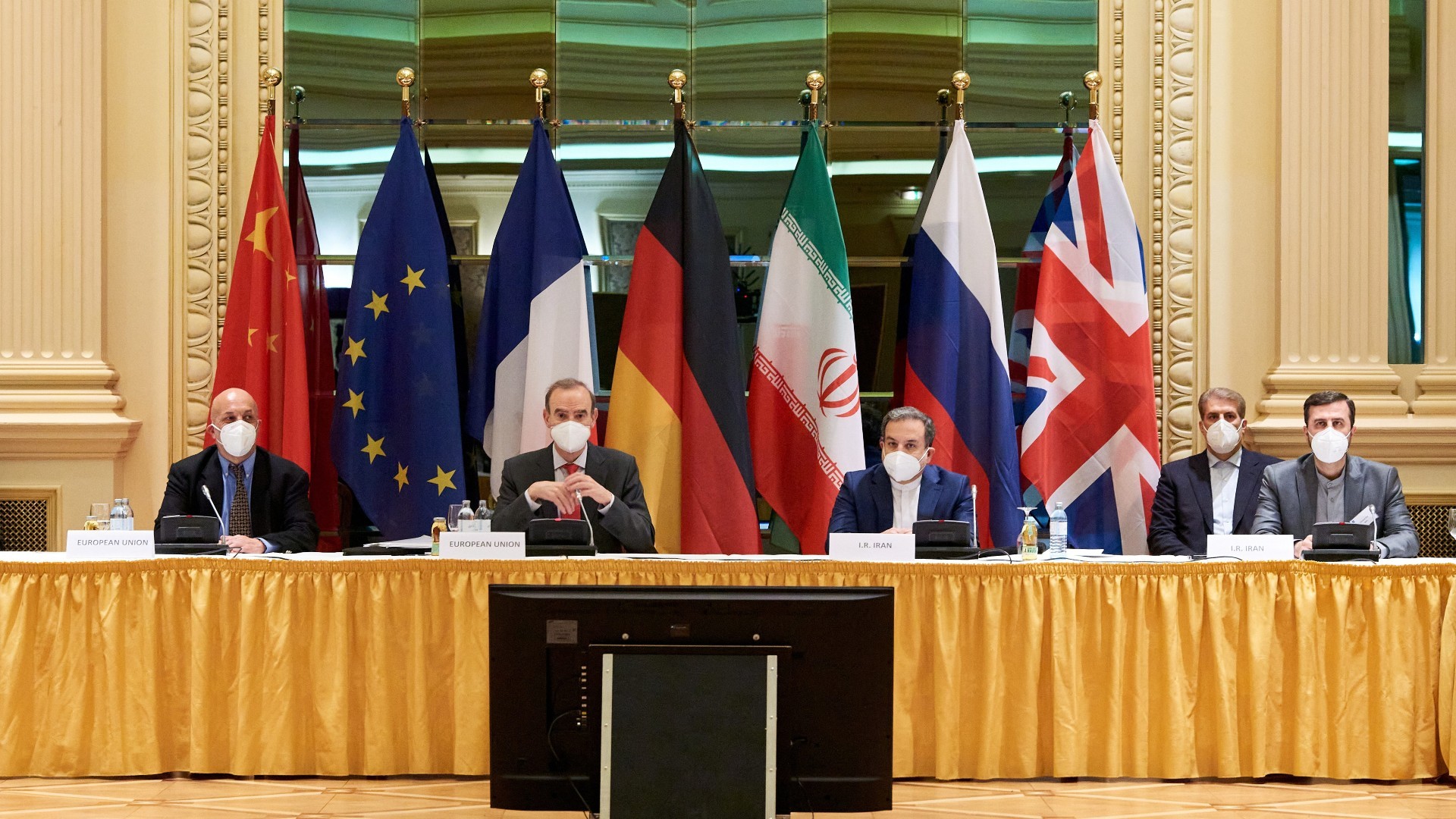 Iranian officials and European Union representatives attend JCPOA talks at the Grand Hotel in Vienna, Austria, in May 2020. / Reuters

Iran’s Supreme National Security Council (SNSC) has confirmed that the interim agreement with the International Atomic Energy Agency (IAEA), which expired on May 22, has been extended for another month.

“Due to the ongoing technical negotiations on the settlement of safeguarding issues between Iran and the IAEA that is underway simultaneously at Vienna talks, [Iran will] continue to maintain surveillance camera data for one more month starting May 24, 2021,” the SNSC said in a statement on May 24.

“This way, the necessary opportunity will be provided for the progress and conclusion of the negotiations.”

According to the statement, the deadline to keeping pre-recorded data from the agency’s cameras installed at the Iranian nuclear sites expired on May 24.

Kazem Gharibabadi, Iran’s envoy at the IAEA, had earlier said that his country had informed the agency of its decision to extend the agreement. He further added that “the pre-recorded data of the past three months will still be kept” at the Atomic Energy Organization of Iran (AEOI).

Simultaneously, Iranian Foreign Ministry Spokesperson Saeed Khatibzadeh announced the “significant progress” at the ongoing Vienna talks to revive the Joint Comprehensive Plan of Action (JCPOA), better known as the 2015 Iran nuclear deal. Khatibzadeh also said that Iran may allow the IAEA’s cameras to operate at Iranian nuclear facilities but will not let agency’s inspectors enter the sites within the frameworks of the Additional Protocol.

In response to a reporter’s question regarding “contradictory statements” by Iran and the West on the negotiations process, the spokesperson said that there are no contradictions. “It is completely clear that we have had significant progress, and we think the understanding is within reach,” Khatibzadeh noted.

Foreign ministry’s spokesperson believes that “if a political decision is made in Washington and if they [U.S. officials] distance from the previous administration’s remarks and attitude and abandon the maximum pressure campaign, the rest will be solved easily.”

His remarks came after U.S. Secretary of State Antony Blinken’s statement, which says that the USA has not yet seen “whether Iran is ready and willing to make a decision to do what it has to do.”

In response to Blinken, Iran’s Foreign Minister Mohammad Javad Zarif wrote in a Twitter post that lifting sanctions on Iran was a “moral obligation, not a negotiating lever.”

“However, if America returns to Vienna by keeping that defeated legacy, [talks] on issues that remain will last longer,” he added.

Iran and other signatories of the 2015 nuclear agreement have held several rounds of negotiations in Vienna since April, working on steps that Tehran and Washington must take on sanctions and nuclear activities, to return to full compliance with the deal.

Former U.S. President Donald Trump’s administration withdrew from the Iran nuclear deal in May 2018 and re-imposed sanctions that had been lifted previously. However, incumbent President Joe Biden expressed readiness to return to the agreement following his inauguration in January 2021.

In late December, the Iranian parliament passed a law dubbed the “Strategic Measure to Lift Sanctions,” under which the implementation of the IAEA’s Additional Protocol should have been ceased on February 23, 2021. However, IAEA Director General Rafael Grossi visited Iran days before the deadline and put together an interim arrangement, under which the IAEA’s monitoring equipment would continue to collect data at Iran’s nuclear sites for three months.