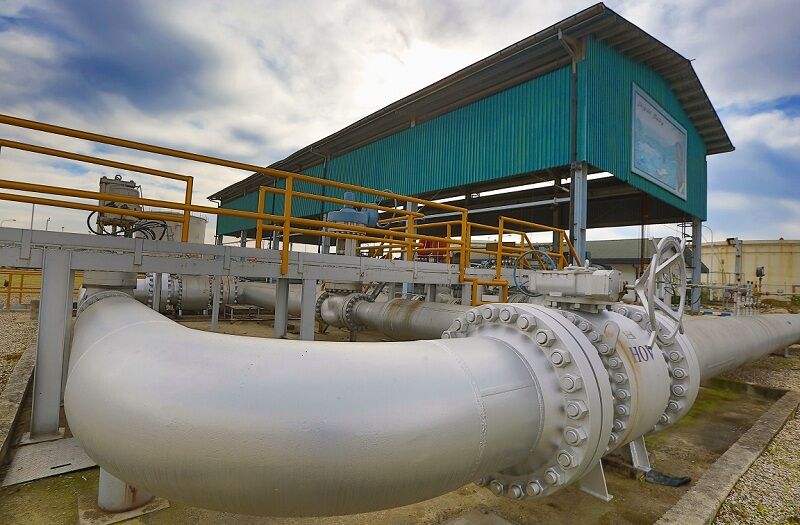 Iran's proven reserves of natural gas are 32 trillion cubic meters, according to BP’s Statistical Review of World Energy for 2020. / Shana.ir

An official of National Iranian Gas Company (NIGC) revealed that the country’s daily gas refining capacity has reached over one billion cubic meters.

Speaking about the increase in the capacity of receiving and refining gas in gas refineries across the country, Masoud Zardavian, the Director of Coordination and Production Supervision of the NIGC expressed the readiness of the country's gas refineries to produce enough natural gas in a timely and adequate manner.

"There is always a balance between gas production and consumption in the country, because the development of the gas supply network is not possible without increasing natural gas production capacity,” Zardavian in an interview with Iran’s Shana news website on July 6.

Iran’s natural gas exports have also increased by 3.6 billion cubic meters, or 26%, between March 2019- March 2020, coinciding with the Iranian calendar year of 1398, compared to the previous year.

According to an Iranian Deputy Petroleum Minister and the CEO of the NIGC, Hassan Montazer Torbati, “the collective consumption of gas in the household, commercial, and non-major industrial sectors rose by 10 billion cubic meters, adding despite record new consumption levels, domestic and rural household subscribers' gas supply was never cut off last year”.

He also said that a total of 270 bcm of gas was recovered from the country’s reserves last year, adding that construction and expanding the gas distribution network in the southeastern province of Sistan and Baluchestan was one of NIGC’s priorities.

On July 1, Iran’s gas exports to Turkey resumed after being halted due to an explosion in a natural gas pipeline near Iran’s Bazargan border with Turkey in March. The pipeline carries around 10 billion cubic meters (bcm) of Iranian gas to Turkey annually.

Iran is Turkey's second-biggest supplier of natural gas after Russia. Turkey's state gas importer Botas imports up to 9.6 Bcm/year of Iranian gas via the pipeline under a 25-year contract, which runs until July 2026.

The country’s proven reserves of natural gas are 32 trillion cubic meters, according to BP’s Statistical Review of World Energy for 2020. The South Pars/North Dome field shared between Iran and Qatar is the world's largest gas field, covering 3,700 square kilometers of Iran's territorial waters in the Persian Gulf.

In October 2019, Iranian officials announced the discovery of a natural gas field with about $40 billion worth of condensed gas. Called the Eram National Gas Field, it lies approximately 124 miles south of the southern Iranian city of Shiraz and is thought to hold up to 19 trillion cubic feet of gas.

Following the unilateral withdrawal in May 2018 from the Iranian nuclear deal brokered under the Obama administration in 2015, the administration of US President Donald Trump imposed new sanctions on Iran, vowing to reduce Iran’s oil exports to zero. Dozens of foreign companies suspended investments in the Iranian oil and gas industries as a result of weakened confidence in doing business in Iran.