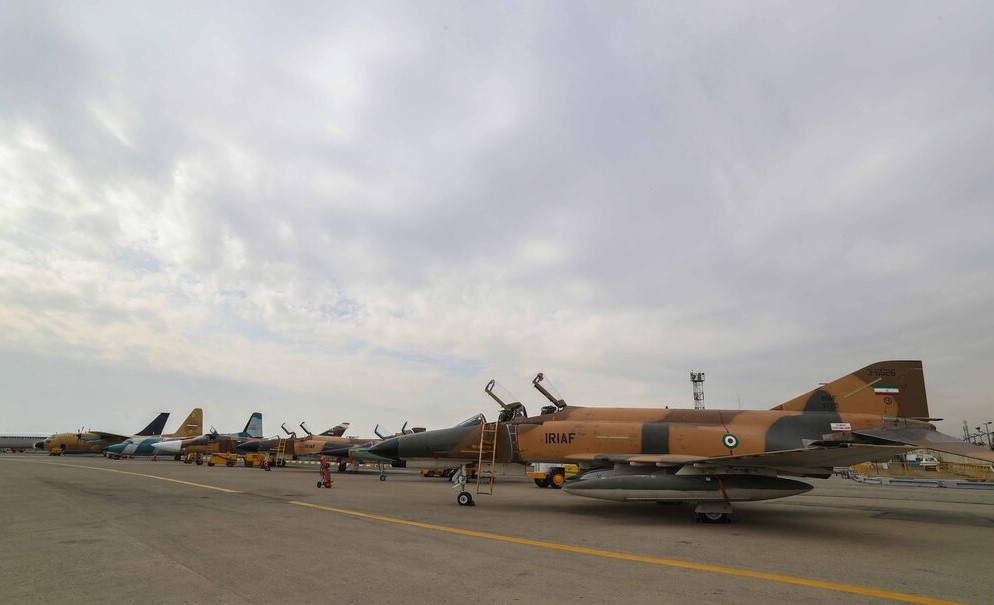 American sanctions may have done some harsh damage to Iran’s economy, but that has not stopped the Iranian air force from seeing through a deal to overhaul eight military aircraft manufactured by foreign countries.

“The overhaul of military aircraft is a complicated process that only a few powerful countries in the world could do. The overhauled jets are of F-4, F-14, Sukhoi and Mirage types, as well as C-130 and 707 transport aircraft which are widely used in air combat and in various combat, tactical and transport missions,” Iranian Defense Minister Brigadier General Amir Hatami said at a repatriation event on Friday, according to Mehr news agency.

The overhaul is significant because about 90 percent of Iran’s defense equipment is domestically manufactured. Hatami reported that local experts and scientists developed 770 products for the defense industry.

Experts and technical staff at Shahid Doran Airbase in Shiraz in Iran’s central province of Fars have overhauled an Ilyushin military transport aircraft, a P3F, a P-6 fighter, and a Sukhoi Su-24 fighter-bomber, while a Mirage and an F-5 fighter were overhauled and reconstructed at Shahid Nasser Habibi airbase near the city of Mashhad in northeastern Iran.

Iran has become one of only a handful of countries capable of performing the servicing and overhaul of its fleet of airplanes, both military and civilian. Iran Aircraft Industries (SAHA) mainly overhauls and inspect different types of airplanes and engines of military and cargo planes.

Due to U.S. sanctions, Iranian experts have been trying to meet all defense needs by relying on domestic capabilities. The U.S. accuses Iran of making new planes that reportedly just mock-ups or changed versions of outdated planes. When the U.S. withdrew from the Iranian nuclear deal in 2018, the mechanisms for American and European firms to deal freely with Iran in high-technology products like modern airline aircraft were once again blocked.

Several fighter jets have been overhauled by military staff in the past months in Iran. In December, domestic experts overhauled eight combat helicopters in operations, saving the country more than $2 million.