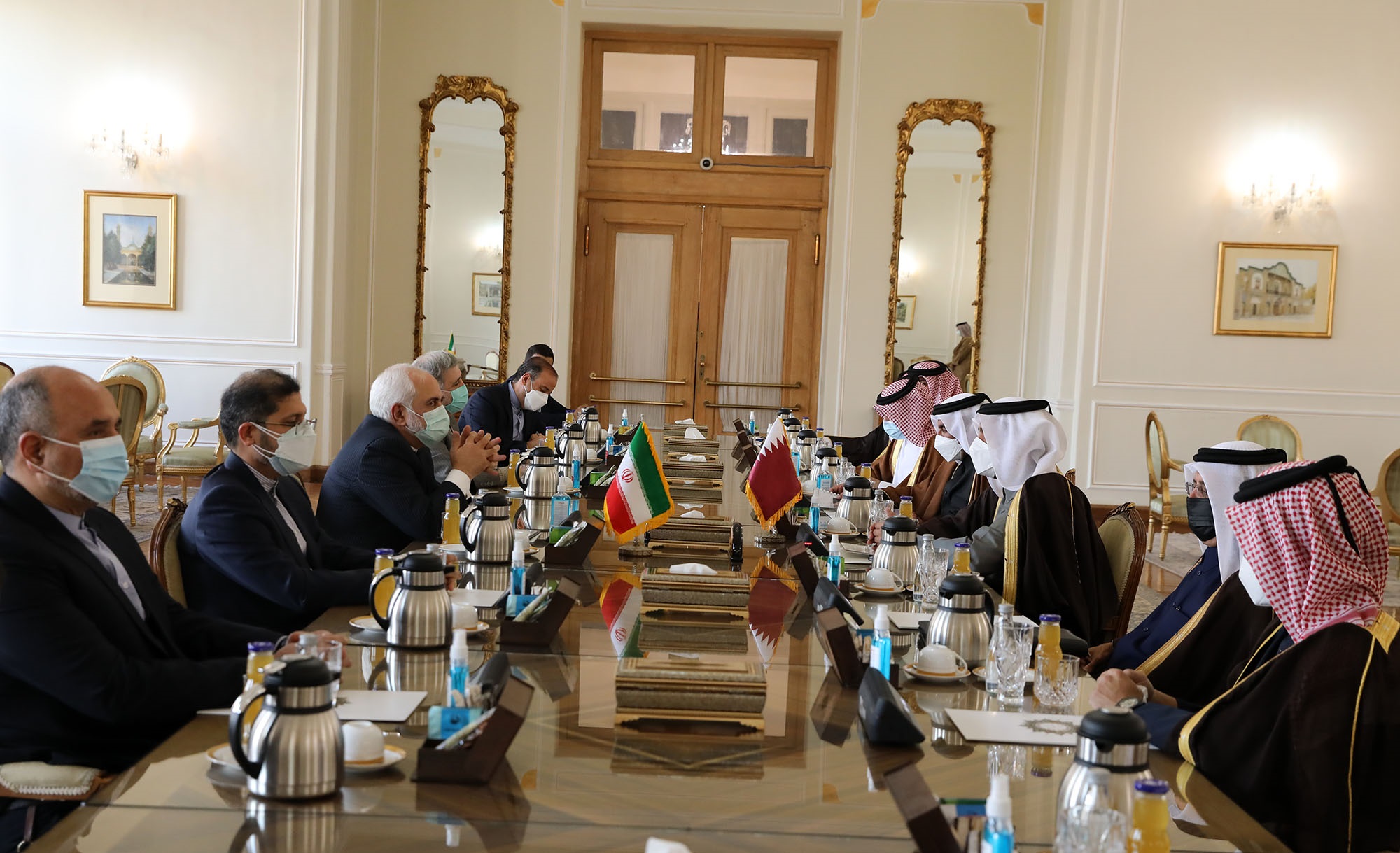 The foreign ministers of Iran and Qatar have stressed the importance of regional cooperation in resolving ongoing conflicts in the Middle East and expanding bilateral relations.

During a meeting between Qatari Deputy Prime Minister and Foreign Minister Sheikh Mohammed bin Abdulrahman al-Thani and Iranian Foreign Minister Mohammad Javad Zarif on February 15 in Tehran, Zarif noted the importance of bilateral relations, and expressed Iran’s preparedness for expansion of collaborations with Qatar in different fields, according to the official website of the Iranian foreign ministry.

He congratulated Doha’s recent success in ending the blockade imposed against the country, and also stressed the need for cooperation among regional countries to settle the issues and achieve a set of regional arrangements that bring about further stability.

The anti-Qatari blockade was launched by Saudi Arabia in June 2017, when Riyadh cut diplomatic ties with Doha and stopped access to air, land and sea routes to the country, blaming it for supporting and harboring religious militants. Doha has since rejected all charges leveled against it by Riyadh.

For his turn, the Qatari foreign minister expressed his country’s readiness to expand bilateral relations at all levels, including ties across various economic sectors. He said Qatar appreciated the Iranian support at the time when the Gulf country was under a blockade, adding that his country is ready to play an effective role in the context of regional cooperation to settle outstanding issues.

The Qatari foreign minister had said earlier in February that Qatar was working to deescalate tension in the region by advocating for a return to the 2015 Iran nuclear agreement, as Doha continues to communicate with both Iran and the US.

The remarks also came after US Central Command head, General Kenneth McKenzie, said during an online discussion earlier this week that Qatar’s geographic location can help assist mediation efforts between Iran and the US.

Iran’s top diplomat welcomes Qatar’s call for Gulf states to engage in a dialogue with his country and to broker negotiations after Doha said it was “hopeful” that Iran and its Arab neighbors could resume talks. Qatar, which shares a major gas field with Iran – South Pars/North Dome – has for years called on Gulf Arab states to enter talks with Iran.

Earlier, the Trump administration worked to build a united front against Iran in the Gulf, including by encouraging normalization between Gulf Arab states and Israel.

However, US President Joe Biden’s administration is trying to restore the Joint Comprehensive Plan of Action (JCPOA), known as the nuclear deal signed between Iran and other world powers in July 2015, under which Iran received sanctions relief in return for curbing its nuclear program.

The United States may rejoin the Iran nuclear deal only after Tehran will limit uranium enrichment to less than 4 percent. In early January, the Atomic Energy Organization of Iran (AEOI) officially announced that it had resumed enriching uranium to 20 percent purity at the Fordo facility, a level not seen since 2015. The enrichment process was launched on January 4 as part of Iran’s Strategic Action Plan to Counter Sanctions, which was approved by the country’s parliament in December 2020.

The resumption of uranium enrichment is a part of Iran’s moves to scale back its compliance with the JCPOA. It comes as a response to the US withdrawal from the nuclear deal. As additional sanctions were imposed on Iran, Tehran continued stepping away from the nuclear pact.