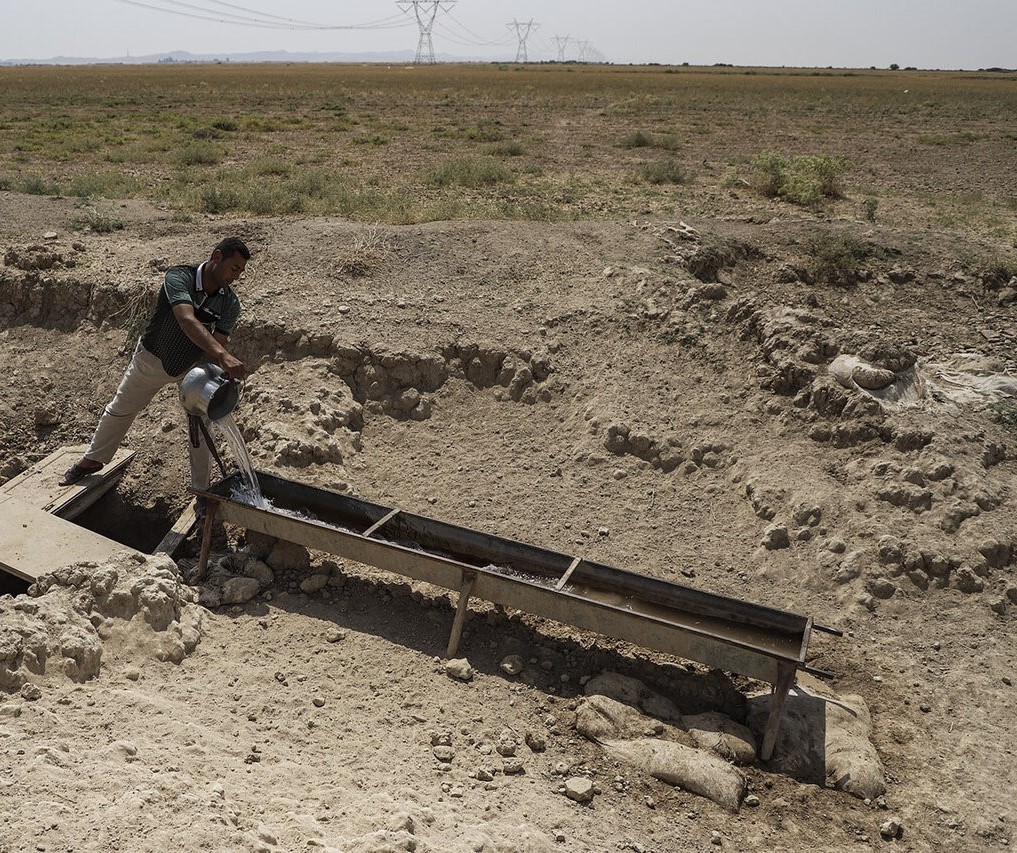 Water storage in major dams of the southwestern Iranian province of Khuzestan has recently been reduced by 34-54 percent. / IRNA news agency

A police officer has been killed and another wounded by protesters in Iran’s southwestern province of Khuzestan during demonstrations over a water shortage.

“Following last night’s riots in the Taleqani district, officers of the Relief Unit of the Law Enforcement Force of Mahshahr County, who were carrying out their mission, were unexpectedly shot by rioters from a roof in one of the neighborhoods,” Fereydoun Bandari, the governor of Mahshahr, told the Fars news agency on July 20.

He added that one officer died and another wounded in the incident.

Protests against a water shortage in the oil-rich Khuzestan Province started on July 15. Various cities of the province, including Ahvaz, Khorramshahr, Mahshahr, Susangerd, and Dasht-e Azadegan, saw demonstrations.

Several factories, industrial facilities, environmental problems, and dams have made it difficult for people to access drinking water in Khuzestan in recent years. The province also suffered from power cuts in the past two months. Water storage in major dams of Khuzestan has been reduced by 34-54 percent.

Several Iranian senior officials have already reacted to the protests and vowed to tackle the situation as soon as possible. At the same time, some hardliners warned against “criminal” and “foreign” infiltration of widespread protests.

Mohsen Rezai, the secretary of the Expediency Council, which is the highest arbitration body of Iran, visited the province on July 20 to listen to complaints of local people about water shortage.

Former Iranian President Mohammad Khatami called on security forces and the military not to use force against protesters in Khuzestan, saying that peaceful protest was the people’s right. He also expressed regret over the death and injury of people.

On July 19, referring to the 52-percent decrease in rainfalls in the current year, Iranian President Hassan Rouhani said that “unfortunately, with the drought and decreased rainfall, the dear people of Khuzestan and other provinces are facing water problems and they are right to be unhappy about it.”

“What is happening today in Khuzestan Province is not merely financial loss, but it has also put people under psychological pressure,” President Rouhani added.

Governor-General of Khuzestan Province Qasem Soleimani-Dashtaki called for 50 million euros to be paid to improve the water supply and sanitation system. Mohammad Nabi Mousavi Fard, the Supreme Leader’s representative to Khuzestan, called for a water supply from Seymareh Dam in neighboring Ilam Province because none of the major dams in Khuzestan had sufficient water.