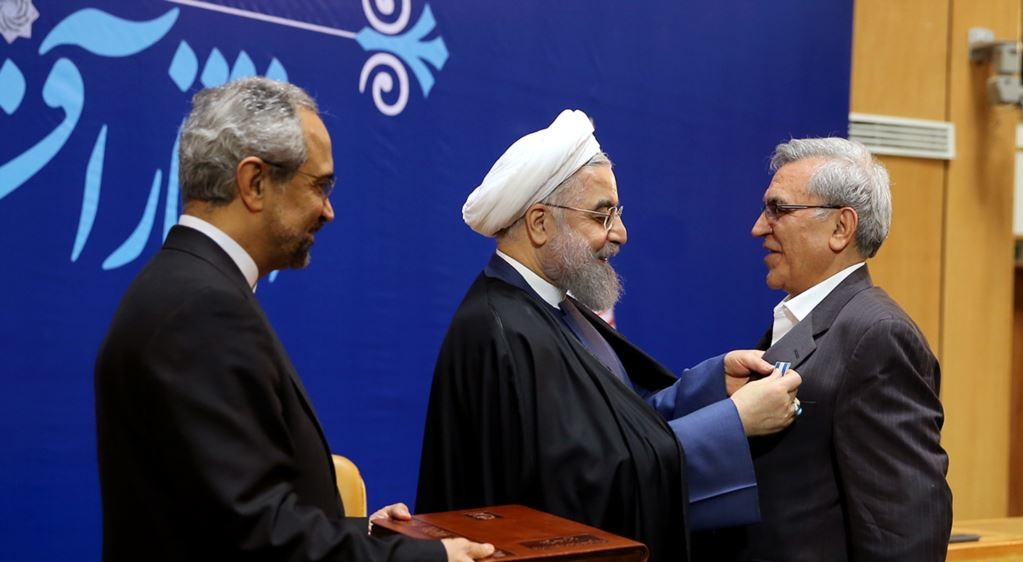 Dorri Esfahani (right) was honored by Iranian President Hassan Rouhani on February 8, 2016, for his role in the landmark nuclear negotiations. / president.ir

A former member of Iran’s nuclear negotiating team has been sentenced to five years in prison on espionage charges, an Iranian Judiciary’s Spokesman confirmed on October 8.

The report mentioning the charges against Esfahani was first brought to the public by the Judiciary spokesperson in August 2016, after the Iranian online news website Raja News, known for its hardline stance, accused Esfahani of working with the UK. Although Esfahani was arrested at the time, he was released on bail.

Esfahani was part of the Iranian team that negotiated the Joint Comprehensive Plan of Action (JCPOA), or the nuclear agreement, with the five permanent members of the UN Security Council plus Germany. Negotiations concluded in July 2015, when all parties signed the deal under which Iran would curb its nuclear program in exchange for the lifting of nuclear-related sanctions. Esfahani was involved in the banking-related aspects of the negotiations, and was a member of Iran’s Supervisory Board to Implement the JCPOA.

When questioned about Esfahani’s dual citizenship, Philip Hannan, a spokesman for the Canadian foreign affairs ministry, said that Canada is "aware of media reports that a dual national has been sentenced in Iran.”

Esfahani is a member of the Ontario Institute of Chartered Accountants in Canada, has served as an adviser to the head of Iran's Central Bank, and sat on the Board of Directors of the state-owned Bimeh Asia (Asia Insurance Co).

He is not the first case in Iran where Iranians holding American, European, or Canadian passports have been arrested. In October 2015, US-Iranian businessman Siamak Namazi was detained while visiting family in Tehran. Later, his father Baquer Namazi, a former Iranian provincial governor and former UNICEF official who also holds dual citizenship, was also detained. In 2016, the father and son duo were sentenced to 10 years in prison based on claims of spying and cooperating with the US government.