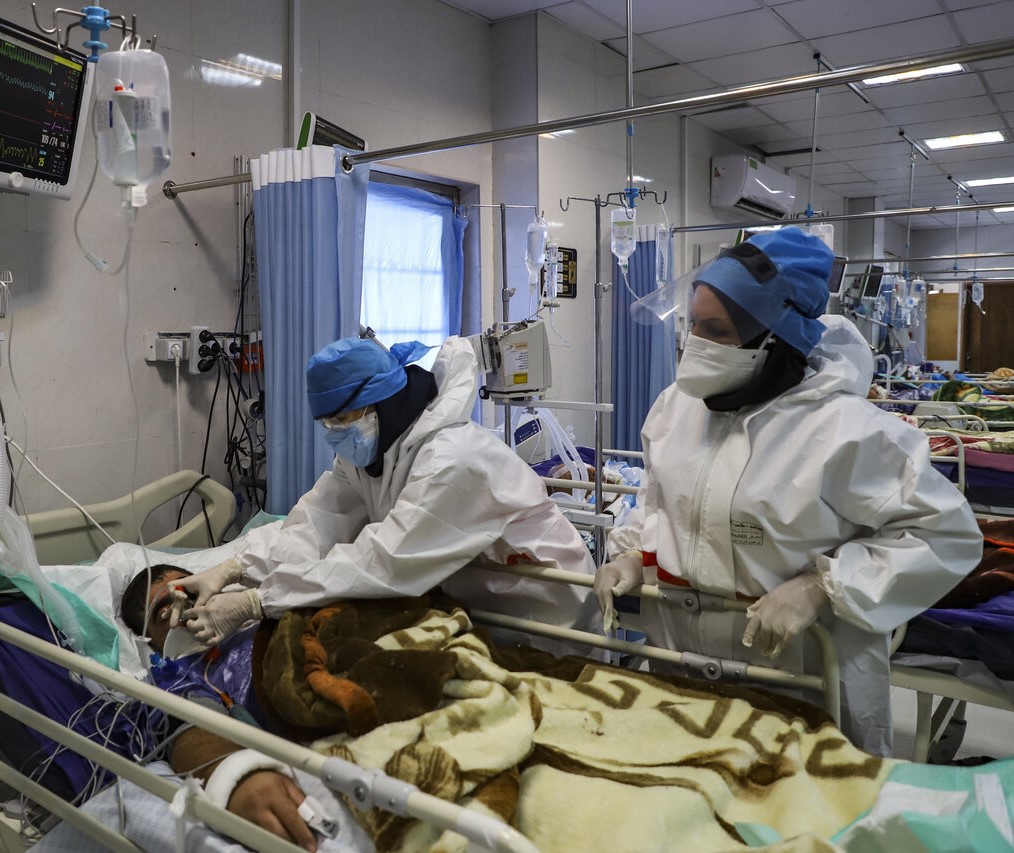 Iran identified 11,660 new infections and 117 deaths from the coronavirus on April 2, and the country's total coronavirus deaths mounted to 62,876. / IRNA news agency

Iran’s Minister of Health and Medical Education Saeed Namaki has expressed concern over an increase in the number of new infections and fatalities from the coronavirus (COVID-19) across the country following the Nowruz holidays.

"Whatever we said and begged people to be patient and don’t spread the UK version of the virus, but they did not pay attention. There are tough days ahead," the minister said on April 2, according to Iran’s IRNA news agency.

Namaki also blamed people who traveled during the Nowruz holidays for "transmitting the disease" to areas that were previously not marked as high-risk zones, despite appeals not to travel, saying that the Health Ministry wanted to use the holidays as an "opportunity" to contain the spread of the virus.

He said the UK version of the virus, which was first spotted in Iran's southwestern Khuzestan province last month, has spread to many parts of the country.

Iran's Health Ministry spokeswoman Sima Sadat Lari announced on April 2 that 117 more Iranians have died from the COVID-19 over the past 24 hours, and the country's total coronavirus deaths mounted to 62,876.

The daily new cases figure is the highest since December 5, which was 12,151.

Since its outbreak, the coronavirus pandemic has infected over 130 million people across the world, of whom over 2.8 million people have lost their lives.

Iranian President Hassan Rouhani said at the meeting of the National Task Force Against Coronavirus on March 27 that his government wants to hand over a "coronavirus-free and sanctions-free administration" in June when his second term of presidency comes to an end.

"The fact that there are still some countries that are delaying the delivery of vaccines to Iran because of the fear of US sanctions is one of the issues that the economic terrorism of the previous US administration imposed on us, the removal of which is not fully in the hands of Iran," the president added.

Iran has banned the import of US and UK-made vaccines, and has received vaccines from Russia, China and India. Iran purchased 16.8 million doses of vaccines through the World Health Organization’s COVAX program, as well as import more than 25 million doses from abroad and produce 25 million other doses domestically.

On March 31, the Iranian Embassy in Moscow received the fifth consignment of the Sputnik-V vaccine, which includes 100,000 doses. Iran began vaccination against COVID-19 with a Russian-developed vaccine – Sputnik-V on February 9. It was the first foreign-made vaccine to arrive in Iran on February 4, the first shipment of which contained 20,000 doses.