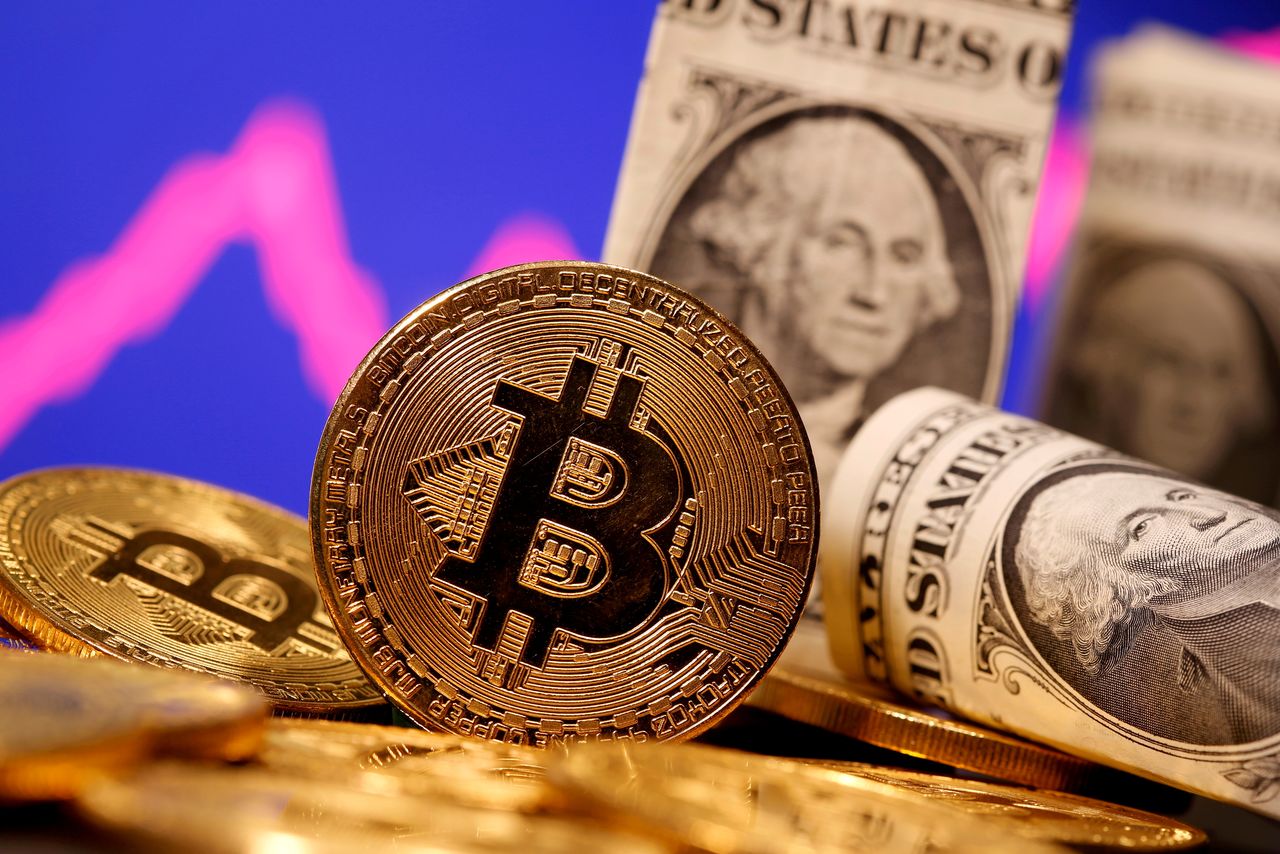 A representation of virtual currency Bitcoin and U.S. One Dollar banknotes are seen in front of a stock graph in this illustration taken January 8, 2021. / Reuters

He said that Iran’s success in bypassing sanctions by using cryptocurrencies had been acknowledged by a US committee, which oversees the sanctions imposed on Iran, Mehr news agency reported on June 1.

Iran's Power Generation, Distribution, and Transmission Company, known as Tavanir, said in a statement on May 26 that all 50 authorized mining centers in Iran would suspend all activities until September 22, and urged people to report illegal mining activities.

The Iranian MPs have expressed concern that continued blackouts could hamper coronavirus vaccination efforts since COVID-19 vaccines need to be stored in coolers. However, medical officials insist that every clinic that stores vaccines are equipped with backup generators.

According to Iranian President Hassan Rouhani, 300 MW had been allocated for licensed crypto-currency mining, but unauthorized use was 2,000 MW, and unlicensed farms account for nearly 90% of crypto mining in Iran.

An official of the Tavanir company said Bitcoin mining has exacerbated problems caused by drought, which has cut hydropower supplies, and heat, leading to a sharp increase in air conditioning use.

In October 2019, Iran allowed foreign nationals to invest in mining cryptocurrency, such as Bitcoins, as a way to tackle the US sanctions which have heavily cut the country's access to foreign exchange earnings. The subsidized energy and the cheapest electricity prices in Iran made the country a prime location for foreign investors to mine Bitcoin in the Islamic Republic.

Iran banned cryptocurrency trade in March. Referring to unofficial statistics, Iran’s Tasnim news agency revealed that Iranians bought about $1 billion in Bitcoin in the past three months, signaling a huge outflow in foreign exchange from the country. About 4.5% of all Bitcoin mining takes place in Iran.

Bitcoin is a popular cryptocurrency that allows people to make instant transactions worldwide without the need for intermediate institutions like banks. The miners' job is to produce the codes by employing computers with very powerful processing units which consume a large amount of electricity.