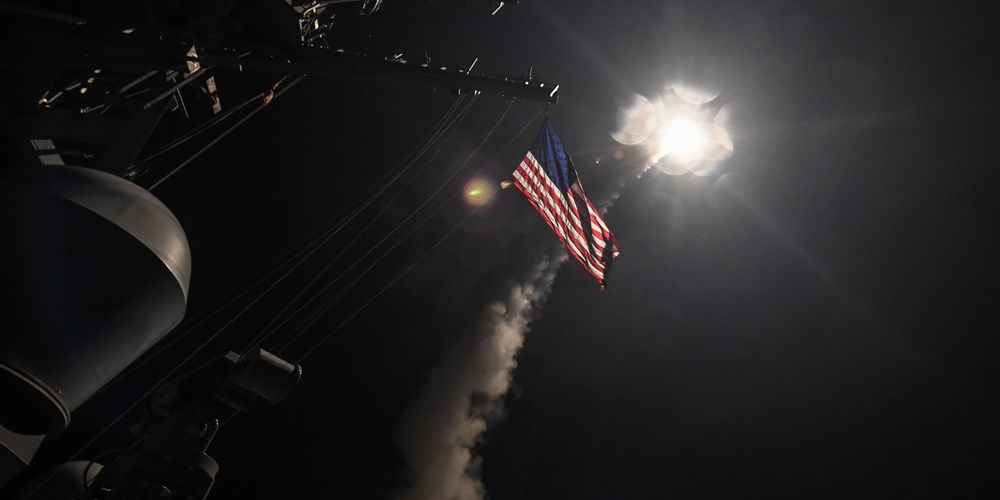 At a meeting with Assad, Velayati was quoted as saying Syria is now prepared for war "even more than before.”

"The Syrian army, government and people have seen war and are now more prepared than before," he said, according to Fars news agency.

"It has been seven years since a full-scale war broke out against the Syrian people and the government by tens of countries led by the United States, while now neither Syria is weaker, nor the U.S. has become stronger," Velayati said.

The Trump administration blamed the Syrian government for the deadly chemical weapon attack that killed dozens of people, and Russia for failing to stop its ally.

Velayati’s Syria visit came after a suspected Israeli air strike on a Syrian government air base in Homs Province on April 9 that killed seven Iranian military personnel. Pro-government media blamed Tel Aviv for being behind the strike, as the missiles reportedly came from the direction of Lebanon.

"The defenders of the holy shrines are continuing their struggle against the enemies of the Islamic nation, particularly the Zionist entity and its masters,” Velayati said, according to reports by IRNA. “We stand by the Syrian people and their government, sharing their view that victory will come soon. These forces will expel the enemies from Syria, with the grace of God.”

For his turn, the representative of Iran's Supreme Leader to the Quds Force of the Islamic Revolution Guards Corps, Hojjat ol Eslam Ali Shirazi, warned against the consequences of Israel's "provocative behavior.”

"Israel should be careful about its behavior. Abandon this idiocy if you want to continue your evil existence for a few more days," Shirazi said.

Shirazi’s comment was in reaction to April 11 remarks by Israeli Prime Minister Benjamin Netanyahu, who said he had a message for the leaders of Iran.

"I have a message for the leaders of Iran: Don't test Israel's resolve."

“The regime is oppressing you and when this regime disappears off the face of the earth then our two peoples can live together once more in coexistence,” Netanyahu said to the Iranian people, according to Israel’s Haaretz newspaper.

Speaking at a televised Holocaust Remembrance Day ceremony, Netanyahu also said that the events of the last few days, "showed that standing up to evil and aggression was a mission mandatory upon each generation.”

"We saw the Syrian children who were massacred with chemical weapons. Our hearts are torn by the horrific images. One great lesson has accompanied us since the Holocaust: murderous evil that is not confronted spreads quickly and gradually threatens all of humanity," he said, referring to a suspected chemical weapons attack by Syrian government forces.

The Israeli military has been on high alert for a possible Iranian response to a strike on a Syrian air base that killed seven Iranian advisors. Russia and Syria said it was carried out by Israeli warplanes.

Netanyahu also spoke on the phone with Russian President Vladimir Putin on April 11, when he reiterated that Israel would not allow Iran to establish a military presence in Syria. The Kremlin announced that the phone call covered various issues, including what it called the Israeli attack on the T-4 air base in Syria.

The Russian president told Netanyahu, "Syrian sovereignty should be respected and that actions that were liable to increase the country’s instability and endanger its security should be avoided."