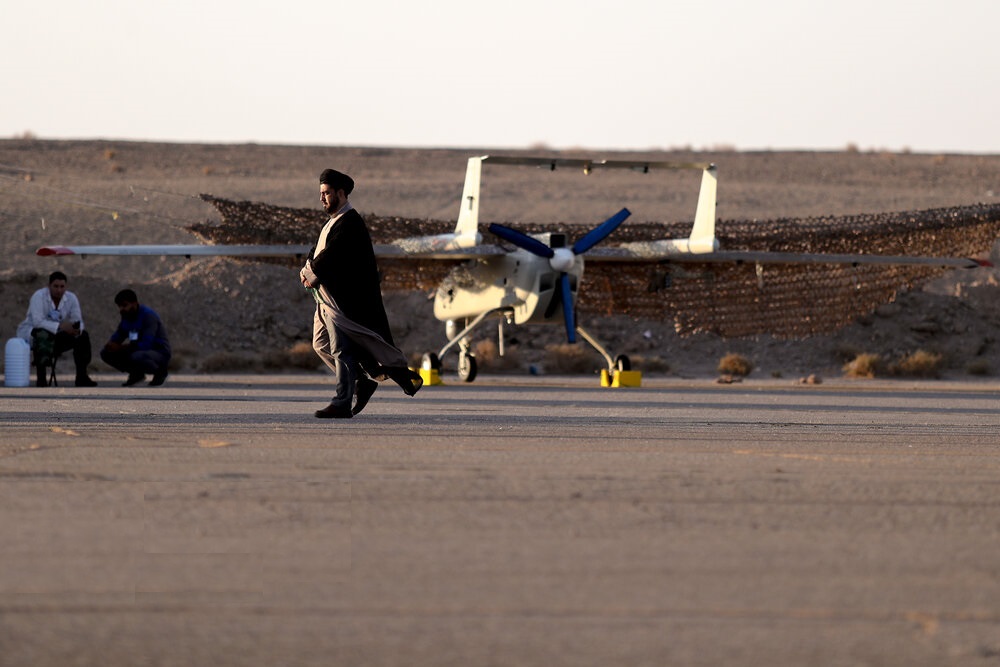 The Iranian Army started a two-day drone exercise across the country on August 24, 2022. The joint exercise of the Iranian Army began with the participation of over 150 UAVs from the Persian Gulf and Oman Sea in the south to the east, west, north and centre of the country. / ISNA

The Iranian Army kicked off a two-day drone exercise across the country on August 24.

The joint exercise of the Iranian Army involved 150 UAVs (unmanned aerial vehicles), from the Persian Gulf and Oman Sea in the south to the east, west, north and center of the country, Iran's ISNA news agency reported.

Surveillance and reconnaissance drones monitored the country’s borders, identifying the intended targets in the general area of the drill.

The first-of-its-kind joint drone exercise involved ground, naval, air and air defense forces of the Iranian Army and the country's air defense base.

Part of the drill will also be conducted at Iran’s "secret drone base", known as "313" and located several hundred meters underground.

The drone exercise, the second to be held by the army since January 2021, comes as the US accuses Iran of planning to sell drones to Russia to use in its war against Ukraine, but Tehran denies the allegation. On August 10, a US official told CNN that “Russian officials conducted training in Iran as part of the agreement for UAV transfers from Iran to Russia, in the last several weeks".

On August 15, Iran’s Islamic Revolution Guards Corps (IRGC) launched a two-week-long drone competition in Kashan, in the central province of Isfahan that is joined by teams from Russia, Belarus and Armenia. Dubbed the “Falcon Hunting Drone Games,” the competition aims to display the performance of various unmanned aerial vehicles (UAVs).

On July 19, the commander of the Iranian Army’s Ground Force, Kioumars Heydari, said Tehran was ready to export arms and military equipment, including unmanned aerial vehicles (UAVs), to “friendly countries.”

In mid-May, Iran opened a drone factory in Tajikistan, which manufactures the Ababil-2 tactical surveillance drone with an operational range of 100 km.