Iranian Airlines Struggle In The Face Of Sanctions, Yet 1 Is Making A Comeback 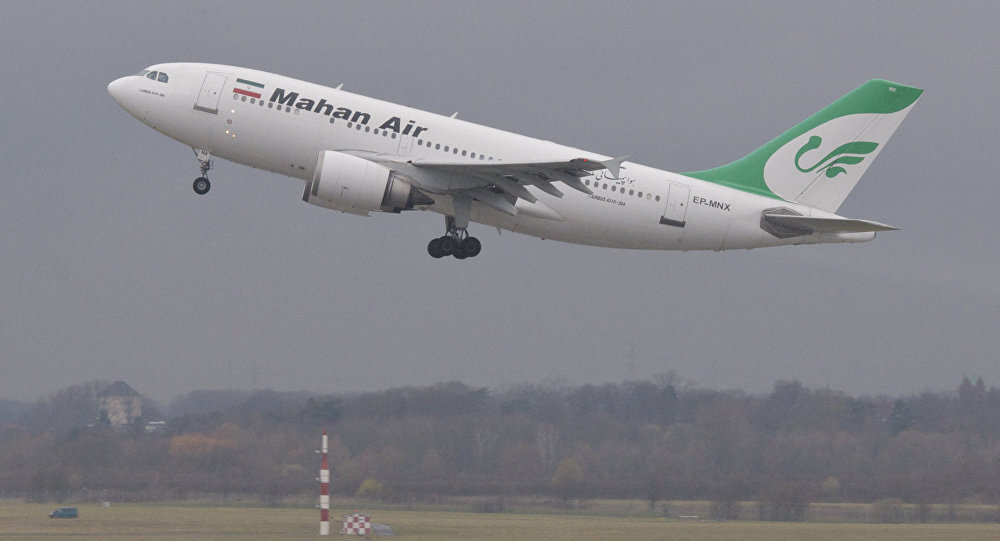 Mahan Air is Iran’s second biggest airline after Iran Air. It was sanctioned by the United States in 2011 after Washington accused it of providing technical and material support to an elite unit of Iran’s Revolutionary Guards, known as the Quds Force. / Yunews.kz

Iran’s aviation industry is just one sector of the struggling economy that has been hard hit by Western sanctions, but that is not stopping one of its airlines from spreading its wings in the Caspian region. After a two year suspension of flights between Tehran and Almaty, Kazakhstan, Mahan Air will resume flights.

“The Civil Aviation Committee of the Ministry of Industry and Infrastructure Development of the Republic of Kazakhstan has issued a foreign air carrier certificate to Mahan Air, an Iranian airline,” Kazakhstan’s KazTAG reported on Monday. “The airline plans to carry out direct regular flights on route Tehran–Almaty–Tehran.”

The flights will be carried out using Airbus A310 on Mondays from March 4 – 25. Starting April 1 and through October 23, Mahan Air intends to add a flight on Wednesdays to its schedule.

Mahan Air previously operated flights to Almaty until March 2017 when it cited economic reasons for cancelling services. Businessmen and tourists from the two countries subsequently used other carriers, or traveled indirectly via a third country, to go to and from Tehran and Almaty.

Mahan Air is Iran’s second biggest airline after Iran Air. It was sanctioned by the United States in 2011 after Washington accused it of providing technical and material support to an elite unit of Iran’s Revolutionary Guards, known as the Quds Force. But despite the hurdles, the airline is determined to make a comeback.

The first direct flight between Iran’s Gorgan city and Kazakhstan’s Aktau, a city on the east bank of the Caspian Sea, will be launched by Pouya Air, an Iranian cargo transportation airline.

“It is scheduled that for the first time, the Pouya Air airline would begin direct flights from Gorgan to Aktau in spring-summer 2019. This flight will be carried out twice a week by the civilian air force Embraer -145,” read a report quoted Kazakhstan’s Civil Aviation Committee.

But Iranian airline carriers are not welcomed everywhere. In a meeting with the German Foreign Office's Director for Relations with the Middle East and North Africa Philipp Ackermann in Tehran on March 4, Iran’s Deputy Foreign Minister Abbas Araghchi slammed Germany’s decision over the banning of Mahan Air in January, saying “the measure is not in favor of the two countries’ long-standing relations.”

The German government withdrew permission for Mahan Air to operate in Germany following claims that Iran is spying on Germany, which Tehran denies.

Araghchi called on Germany and other European countries to accelerate the implementation of INSTEX, which is the mechanism the European Union created to allow for trade with Iran in light of U.S. President Donald Trump pulling the United States out from the Joint Comprehensive Plan of Action (JCPOA), better known as the nuclear deal, in May of last year.

Iran used to import brand-new airplanes, but the country has not been able to do that for decades as a result of sanctions. As a result, Iran has been forced to use intermediates for the purchase of second-hand planes, and not infrequent airline accidents prove the difficult situation the country has been in with regards to the aviation sector.

As a result of Trump ending the U.S.’ participation in JCPOA, Iran’s contracts with Airbus and Boeing have been suspended, and an agreement with the French and Italian aircraft manufacturer ATR remains unclear. Many international companies fear cooperating with Iran with the second round of US sanctions, as they fear being penalized.