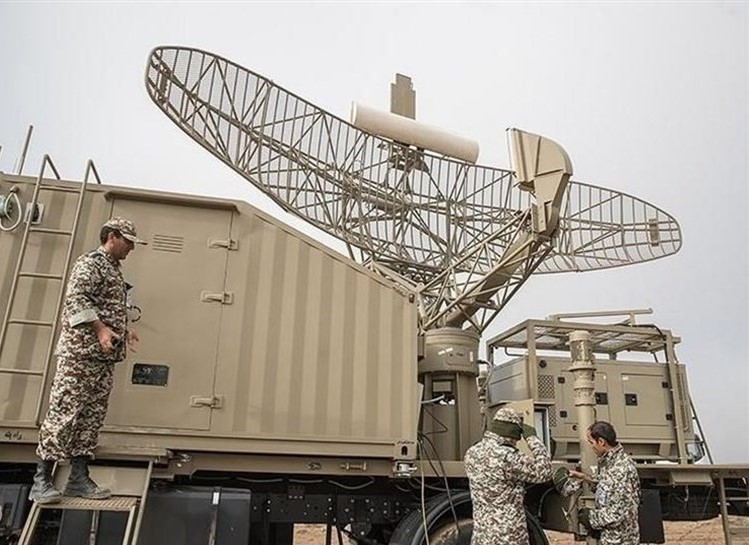 Iran's domestically-manufactured radar system “Soroush” can detect targets with small cross-section areas at low and medium altitudes within a range of 220 kilometers, and it can carry out missions in all weather conditions using semiconductor technologies. / Tasnim News Agency

The Air Force of the Iranian Army unveiled new radar systems dubbed “Soroush” and “Misaq” this week amid the rise of tensions with the United States.

The radar systems that have been designed and developed by the Iranian Air Force experts were introduced on September 24 in the presence of Commander of the Army’s Air Defense Force, Brigadier General Alireza Sabahifard, according to Iran’s Tasnim news agency.

“Soroush” can detect targets with small cross-section areas at low and medium altitudes within a range of 220 kilometers, and it can carry out missions in all weather conditions using semiconductor technologies.

Another radar system “Misaq” is a smart system incorporating a mix of both primary and secondary radars.

On September 23, the Islamic Revolution Guards Corps’ Navy received 188 new naval drones and helicopters, including three drones unveiled for the first time in a ceremony in the southern port city of Bandar Abbas.

“Sepehr” vertical take-off and landing (VTOL) drone, “Shahab-2”, and “Hodhod-4” VTOL drone have been unveiled for the first time, and they can take off from naval vessels. Another drone that joined the fleet was “Mohajer-6,” an all-weather pilotless aircraft with a flight range of 200 kilometers that was designed to carry a payload of 4 missiles.

The other new products include two amphibious helicopters and four combat choppers armed with missiles.

It should be noted that all navy operations of the IRGC are now carried out with homegrown drones as the new aircraft has joined its fleet.

On the sidelines of the ceremony, the IRGC Navy commander, Tangsiri, also said that a drone of the IRGC’s Navy detected a US strike group before the flotilla cruised through the Strait of Hormuz and into the waters of the Persian Gulf.

On September 19, IRGC Commander Major General Hossein Salami referred to the US President Donald Trump’s recent threat of military action against Iran, saying the “decisive, serious and real” revenge for the assassination of late top general Qassem Soleimani who was killed near the Iraqi capital in January, would be taken in an honorable, fair, and just manner.

Salami also said that hundreds of Iranian missiles had been prepared to “devastate” the US targets in a possible confrontation after the retaliatory strike on the US airbase of Ain al-Assad in Iraq in January.

In a tweet on September 15, Trump said that "any attack by Iran, in any form, against the United States will be met with an attack on Iran that will be 1,000 times greater in magnitude!".

The US-Iran relations have been tense since the Iranian revolution, and have worsened since Trump unilaterally pulled out of the Iranian nuclear deal in May 2018 and re-imposed tough sanctions on Tehran.