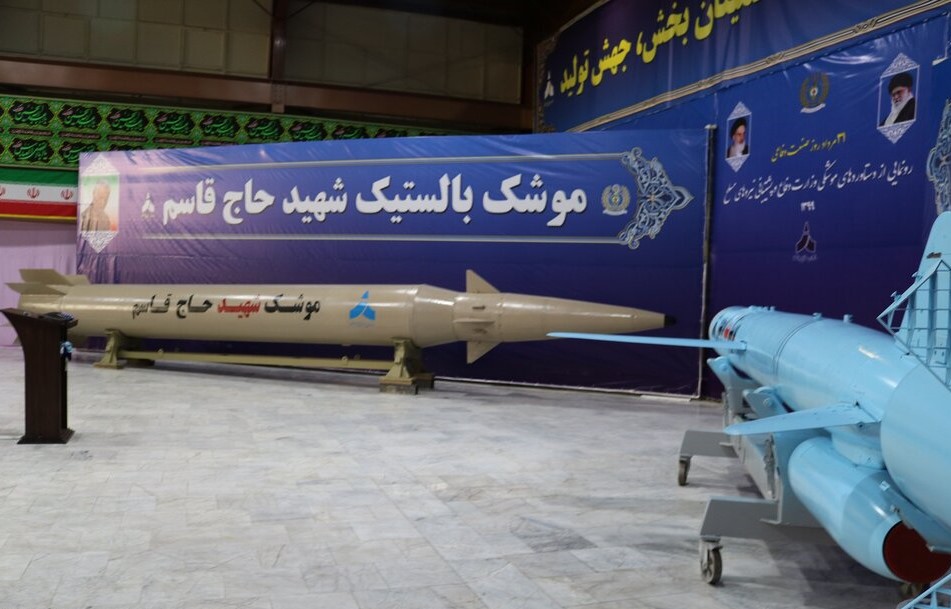 Iran has presented domestically-manufactured ballistic and cruise missiles amid US efforts to extend an arms embargo on Iran.

Iranian President Hassan Rouhani and Defense Minister, Brigadier-General Amir Hatami participated in the unveiling ceremony of the ballistic missile, known as “Haj Qasem,” which is named after Iran's late top general Qasem Soleimani and a cruise missile named “Abu Mahdi” through video conference. The presentation of both projectiles took place on the occasion of the country’s National Defense Industry Day, on August 20. The cruise missile bears the name of Abu Mahdi al-Muhandis, an Iraqi military commander that was assassinated along with General Qasem Soleimani and a number of their comrades in a US drone raid near the Baghdad International Airport on January 3, 2020.

Also, a light-weight fourth-generation turbofan engine that is used in advanced drones was put on display. The engine will remarkably boost the Iranian aviation power and upgrade the engine of drones at least for one generation.

"Iranian defense industry, which is considered to be the fundamentals of military self-reliance and is one of the main requirements of the country's authority, is now a mature one with 770 various product groups that can supply the demand of the Iranian Armed Forces in wars," minister Hatami said.

Pointing to the inauguration of the production line of the domestically-manufactured Kowsar fighter jet, Hatami said the country will soon deliver another three of the jets to the country’s Air Force.

Iran's unveiling of the missiles defies US demands for the country to halt its missile program, amid tensions are running high between the two countries.

US President Donald Trump ordered the commencement of the "snapback" provision of the 2015 nuclear agreement with Iran, officially known as the Joint Comprehensive Plan of Action (JCPOA).

"We'll be doing a snapback," Trump said on August 15, the day after the UN Security Council rejected a US.-lead resolution to extend an arms embargo on Iran. "You'll be watching it next week," he added.