Iran to Double Volume of Gas Swap with Azerbaijan 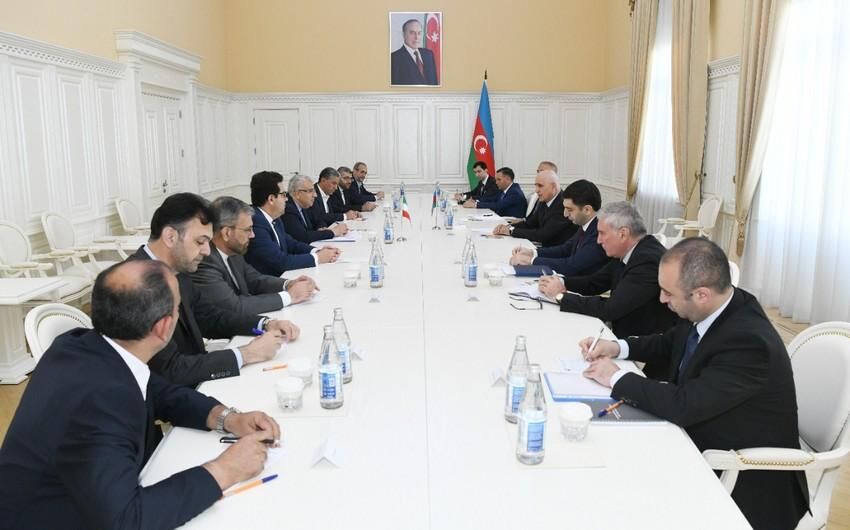 Iranian Minister of Petroleum Javad Owji has said that the volume of gas swapped from Turkmenistan to Azerbaijan via Iran’s territory will be doubled.

“Fortunately, everything is ready to increase the volume in the gas swap agreement, and it will be doubled very soon,” Owji told reporters during his visit to Baku, Azerbaijan, where he attended the Caspian Oil and Gas Exhibition and the Baku Energy Forum on June 1-3.

Owji said that Azerbaijan, Iran, and Turkmenistan had almost finalized agreements to double the volume of gas specified in their swap deal. He further said that the increase had been discussed as part of talks in Tehran, Baku, and Ashgabat in recent months.

According to the gas swap agreement signed between three countries on November 28, 2021, Iran annually delivers 1.5 to 2 billion cubic meters (bcm) of Turkmen gas to Azerbaijan. From January 3, 2022, supplies of 5-6 million cubic meters (mcm) of gas per day began as part of the deal. Iran receives Turkmen gas in the east of the country and further delivers an equivalent amount to Azerbaijan.

In January, Owji stressed that the Islamic republic had the capacity and infrastructure required to increase the volume of gas swapped with Turkmenistan to 40 mcm per day or 10-15 bcm per year.

Meanwhile, Iran’s media outlets suggest that Iran is working on similar oil and gas swap arrangements with Russia, whose energy exports have been targeted by Western sanctions over the war in Ukraine.

In a meeting with the Iranian petroleum minister on June 2, Deputy Prime Minister of Azerbaijan Shahin Mustafayev referred to the trilateral gas transmission cooperation, saying that “cooperation in energy sector could result in sustainable development in the region.”

During the meeting, the two sides also discussed vital areas such as the North-South Transport Corridor and trading transactions among Iran, Azerbaijan, and Russia.

“Despite them [sanctions], Iran was able to develop its own oil and gas infrastructure. Today, Iran transports gas through pipelines to all neighbouring countries. We can meet all the gas needs of our neighbours; we have the entire infrastructure for this. In general, we are always ready to cooperate with all countries,” he added.

Tehran plans to reach its daily gas output capacity of 1.4 bcm per day in the next eight years and the production of 6 million barrels of crude oil per day.

Considering clean energy as one of the country’s priorities, Owji said that “this year, we have produced about 1,000 megawatts of renewable energy which is scheduled to reach 4,000 megawatts by the next four years.”