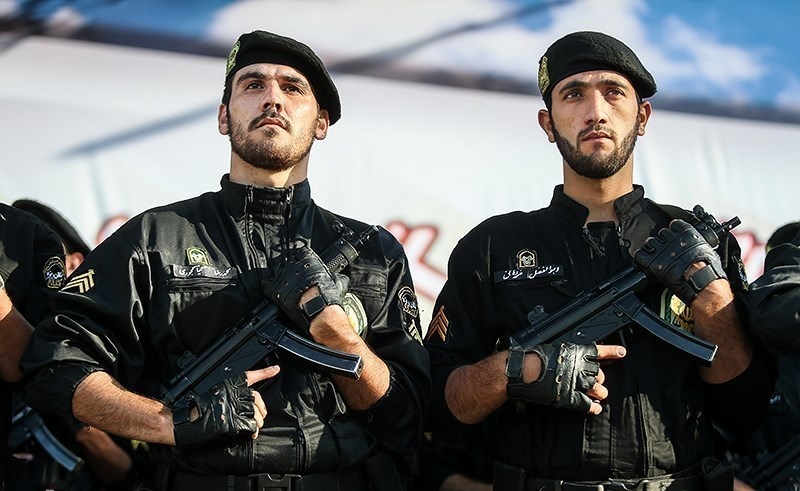 The Iranian security forces have disbanded over 100 terrorist groups and seized large amount of explosives across Iran in the past four years, according to Iran’s Intelligence Ministry. / Hamed Malekpour / Tasnim News Agency

Following a regional conference on intelligence gathering and sharing in Islamabad, Pakistan on December 24, Iran is taking credit for beating back the Islamic State (IS), also known as “ISIS,” all across the Middle East.

"Today, Iran's intelligence body is the most powerful in the Middle-East and later when the secrets and documents related to ISIS will be released, you will see that we have not just fought ISIS at borders or in Syria and Iraq, we had penetrated deep into the heart of this organization," said Mohsen Rezayee, secretary of Iran's Expediency Discernment Council, according to reports published by Fars news agency on December 26.

Rezayee currently heads what is an administrative assembly appointed by Iran’s Supreme Leader, Ayatollah Ali Khamenei, and was a former top commander of the Islamic Revolution Guards Corps.

Rezayee’s remarks follow those made by Iranian Parliamentary Speaker Ali Larijani, who called for closer intelligence cooperation among regional countries in the fight against terrorism in Islamabad, during the conference that took place December 24-25.

“As turmoil in the region has risen over the past decades, so a meeting with regional countries to adopt a strategy to combat terrorism and remove the consequent chaos was essential,” Larijani said.

“Since 2001, the U.S. has been pretending to be fighting terrorism in Afghanistan, but terrorism has not been curbed and it is even [stronger] and emerged in new forms,” he said.

Larijani called on his counterparts from Pakistan, Russia, China, Turkey and Afghanistan to attach more significance to collaboration among their intelligence organizations and data sharing, and also proposed they set up a committee to share intelligence reports.

Earlier, on December 2, the Iranian intelligence minister, Mahmoud Alawi, warned against possible terrorist plots in the region after the defeat of ISIS, saying, “ISIS has no land and sovereignty at present, but the takfiri (used in reference to Islamic State) terrorists have plans to create challenges for the target countries,” according to the Islamic Republic News Agency.

Cooperation with intelligence departments and security forces in regional countries is nothing new for Iran.

During a visit to Turkey by Iran’s Chief of Staff Major General Mohammad Bagheri in August, Tehran and Ankara agreed to share intelligence and cooperate in tampering down Kurdish separatists operating in the northwestern regions of Iran, which have been a threat to both countries’ sovereignty (and that of Iraq) for decades.

The security situation in Iran’s southwestern region, which borders Pakistan, is often volatile, as Baluch nationalists, united by ethnicity but separated by the political borders of the two countries, have caused unrest for years. Both Iran and Pakistan suffer from frequent attacks by militant and separatist extremist groups there, as well as drug smuggling.

According to Iran’s Intelligence Ministry, security forces have disbanded over 100 terrorist groups and seized large amount of explosives across Iran in the past four years.