Iran, Tajikistan Agree to Increase Bilateral Trade Up To $500M 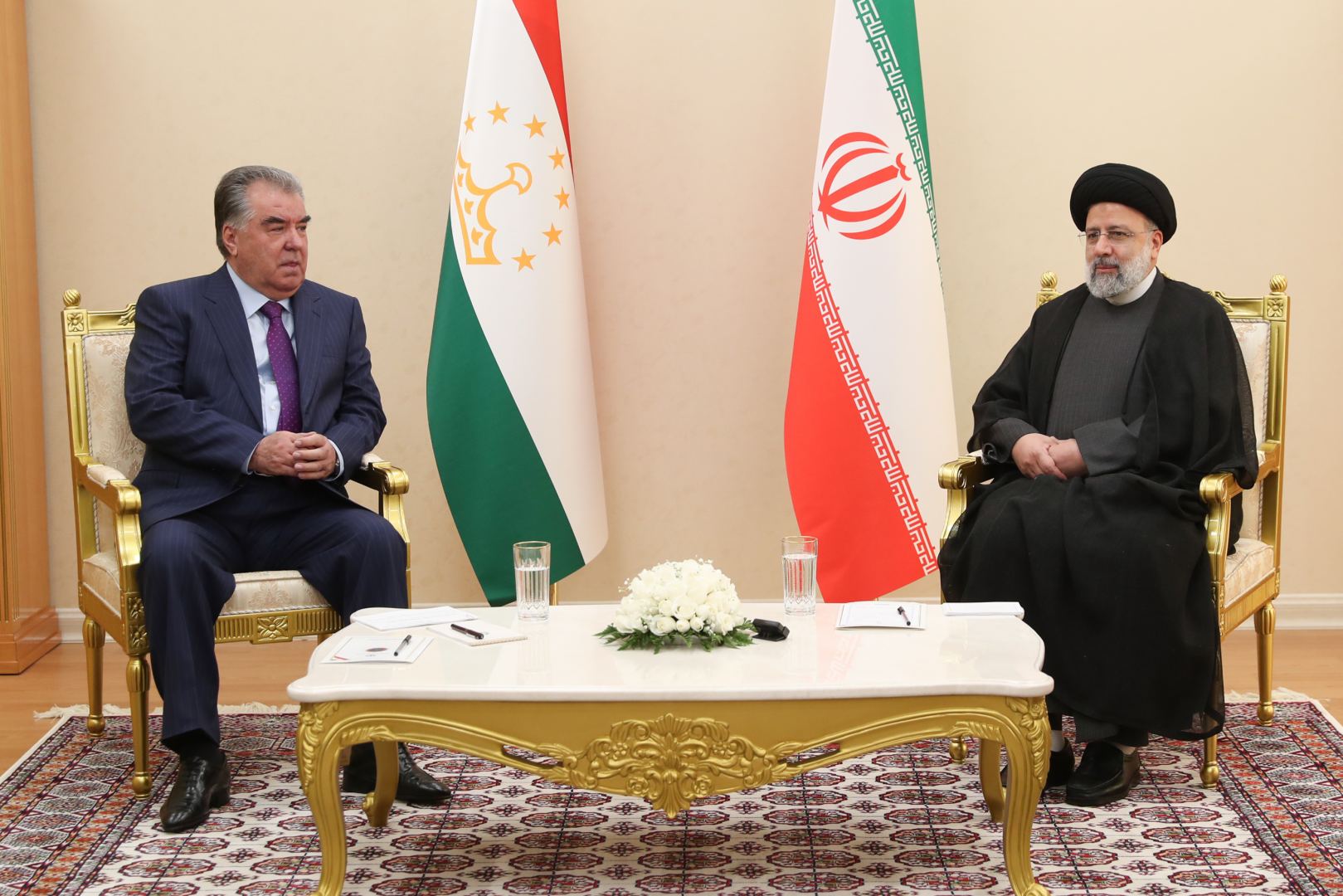 Iranian President Ebrahim Raisi held a meeting with his Tajik counterpart Emomali Rahmon on the sidelines of the 15th summit of the Economic Cooperation Organization (ECO) in Ashgabat, Turkmenistan, on November 28, 2021. / Trend News Agency

Government officials from Iran and Tajikistan have discussed the prospects for developing cooperation between the two countries and agreed to increase bilateral trade turnover up to $500 million.

On February 10, Tajik Minister of Economic Development and Trade Zavqi Zavqizoda met with the Iranian ambassador to Tajikistan, Mohammad Taghi Saberi. It was noted at the meeting that “the bilateral trade turnover between Tajikistan and Iran amounted to $121 million in 2021, twice as high compared to 2020.”

The two sides also agreed to make full use of the available opportunities to develop the roadmap, which will help increase bilateral trade to up to $500 million and set up joint ventures in Tajikistan’s free economic zones.

At the same time, Ambassador Saberi invited the Tajik high-ranking official to visit Iran’s free economic zones, including Chabahar and industrial towns in the provinces of Qazvin and Khorasan, as well as in Mashhad city, to learn more about Iran’s experience in this field.

On January 8, Tajik President Emomali Rahmon and his Iranian counterpart, Ebrahim Raisi, exchanged congratulatory messages on the occasion of the 30th anniversary of establishing diplomatic relations between the two countries.

“Tajikistan has always been a supporter of the growing expansion of multifaceted relations between the two countries in the spirit of mutual understanding, solidarity and trust, the development and implementation of construction projects, programs and measures aimed at achieving these goals,” the Tajik presidential website quoted President Rahmon as saying.

For his turn, Rouhani praised the “high level” of cooperation between the two countries, especially in the field of economy.

During an official visit of the Iranian president to Dushanbe in September 2021, the two countries signed a series of documents, including an agreement on extradition of prisoners, a memorandum of understanding (MoU) on economic and technical cooperation, and a technical protocol on the electronic exchange of customs information. The list of the documents also included MoUs on cooperation in the field of tourism, technical and vocational education, social protection, agriculture, and sports.

Meanwhile, relations between the two Persian-speaking countries had come under strain when the Tajik authorities accused Tehran of “interfering” in the country’s internal political affairs and providing support to the main opposition party, the Islamic Renaissance Party of Tajikistan (IRPT). IRPT had been labeled a “terrorist organization” by the Tajik Supreme Court.

In its turn, Iran accused Tajikistan of stealing more than $2 billion allegedly held in Tajik banks by billionaire Babak Zanjani, who was arrested in Iran in 2013 on corruption charges. However, Tajikistan denied the accusation.

In 2014, Iran was Tajikistan’s third-largest trade partner, with trade turnover amounting to about $200 million, but due to a relationship crisis, the figures dropped to $60-70 million in 2015. After a period of frosty relations since 2015, the two countries have been working to improve bilateral cooperation over recent years.

Following Iran’s President Hassan Rouhani’s visit to Tajikistan in 2019, the relations between the two countries have been partially restored. Companies from Iran constructed the 220-megawatt (MW) Sangtuda-2 hydroelectric power plant in the Central Asian country.

Iran has also embarked on a project to construct a hydroelectric power plant at Tajikistan’s Rogun Dam. In addition, the two countries agreed to invest $8 million into the construction of the Istiqlol Tunnel. The tunnel, also called the Anzob Tunnel, cuts the travel time between Dushanbe and Tajikistan’s second-largest city, Khujand.