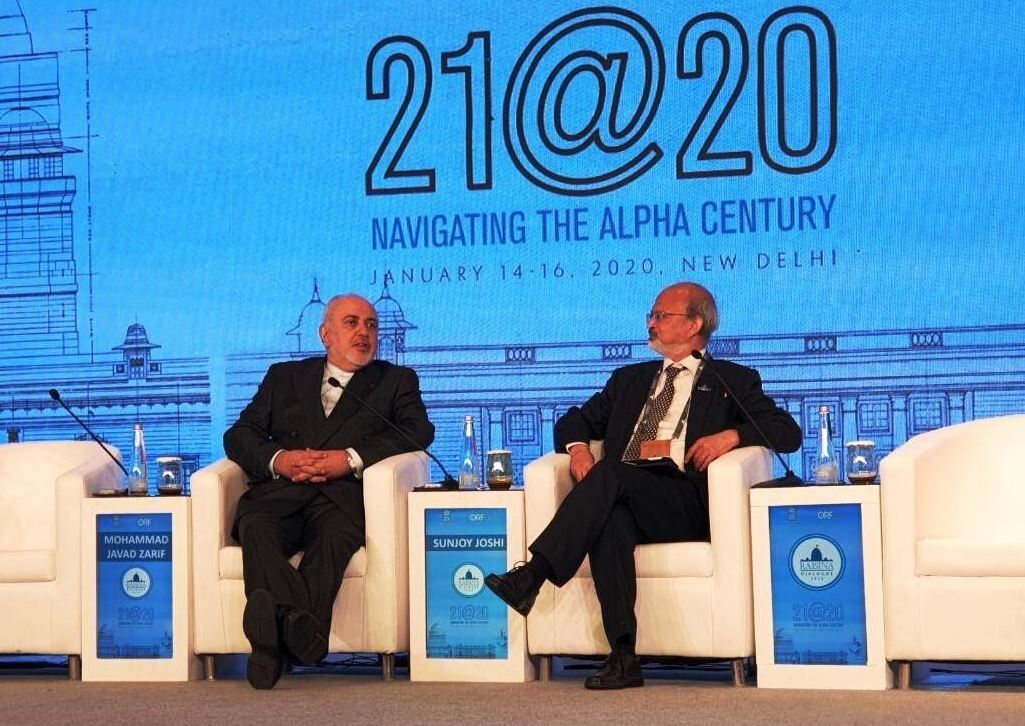 Iranian Foreign Minister Mohammad Javad Zarif hopes that India can help reduce tensions in the Persian Gulf, referring to the recent situation between the Islamic Republic and the United States.

“India is an important player [in the region], and this country can play a decisive role in reducing tensions in the Persian Gulf,” Zarif said in an interview with Indian media on January 14.

Iran’s high-ranking official was on an official visit to India as part of the 4th Raisina Dialogue 2020 — a multilateral conference held annually in New Delhi. Since 2016, when the event was held for the first time, it has emerged as India’s flagship conference on geopolitics and geo-economics.

“New Delhi seeks for rapid decrease in tensions in the Middle East as India has established direct relations with important countries in the region including Iran, United Arab Emirates (UAE), Oman and Qatar, because, the region is of great interest for this country,” the Iranian foreign minister said Tuesday.

Middle East countries supply about 70 percent of the crude oil imported into India. At the same time, over 8 million Indians live and work in the Persian Gulf littoral states bringing an income worth of $70 billion to their country.

Meanwhile, while on his visit to New Delhi, Zarif focused on the issue of killing of Qasem Soleimani, the IRGC Quds Force Commander General assassinated together with Second-in-Command of Iraq’s Popular Mobilization Units Abu Mahdi al-Muhandis at Baghdad International Airport on January 3 at the order of President Donald Trump.

‘‘The U.S. called General Soleimani a terrorist. But after his assassination, 430 Indian cities witnessed spontaneous meetings to mourn General Soleimani, the man the U.S. termed terrorist. Do we have proxies in India?,’’ the minister questioned, according to a report by India Today.

Zarif further met Indian Prime Minister Narendra Modi to exchange views on the expansion of bilateral economic relations, as well as to focus on regional, international developments, and discuss economic cooperation especially in the energy field and cooperation in Chabahar port.

In May 2016, Iran, India, and Afghanistan signed a pact to develop Chabahar port which is located in the Iranian southeastern province of Sistan and Baluchestan. The deal provided for the establishment of the transit and transport corridor through the territories of these countries using Chabahar port as one of the regional hubs for sea transportation in Iran along with transportation of goods and passengers of these countries. It is expected to counter Pakistan’s Gwadar Port which is being developed thanks to the Chinese investment.

The U.S. sanctions imposed after Trump pulled out of the 2015 Iran nuclear deal caused some decline in relations between the two countries. Iran has stopped Basmati rice imports from India, while India suspended oil imports from Iran in May 2019. Iran was India’s third-largest oil supplier behind Iraq and Saudi Arabia, supplying 18.4 million tonnes of crude oil between April 2017 and January 2018.