Iran Says Downing Of U.S. Drone Had A Clear Message 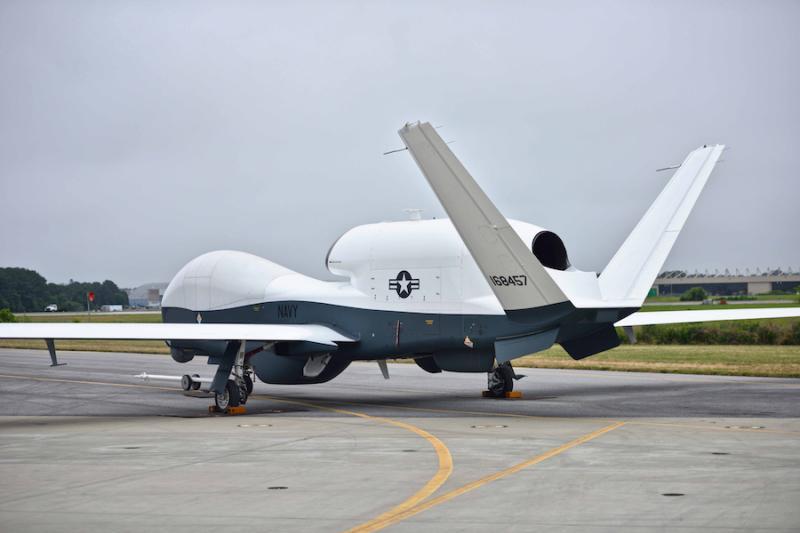 An RQ-4 Global Hawk, said to be the largest drone in the U.S. military’s inventory and built by Northrop Grumman Corp., was confirmed by officials in Washington to have been brought down by a surface-to-air missile launched by Iran that possibly belonged to the Islamic Revolution Guards Corps (IRGC)’s Air Force. / Upi.com

Iran’s military chief said that the downing of a United States military drone by Iranian forces on Thursday sends a clear message that any foreign intrusion into Iranian territory would be met with “decisive and knockout reactions.”

An RQ-4 Global Hawk, said to be the largest drone in the U.S. military’s inventory and built by Northrop Grumman Corp., was confirmed by officials in Washington to have been brought down by a surface-to-air missile launched by Iran that possibly belonged to the Islamic Revolution Guards Corps (IRGC)’s Air Force. The incident took place in the early hours on Thursday, near the Kouh-e Mobarak region in Iran’s southern coastal province of Hormozgan.

“The downing of the U.S. drone had an explicit, decisive and clear message that defenders of the Islamic Iran’s borders will show decisive and knockout reactions to aggression against this territory by any alien,” the commander of the IRGC Major General Hossein Salami said in a speech aired on live television while addressing a conference in the western province of Kurdistan on June 20.

Salami said Iran is not looking for war with any country, but it is fully prepared for any confrontation. He called on countries to respect Iran’s territorial integrity, national security and vital interests.

Iran maintains that the American drone had violated Iranian airspace. But the U.S. military disagrees.

“U.S. Central Command (CENTCOM) can confirm that a U.S. Navy Broad Area Maritime aircraft was shot down by an Iranian surface-to-air missile system while operating in international airspace over the Strait of Hormuz,” Navy Capt. Bill Urban, a CENTCOM spokesman, said in a statement Thursday morning, according to The Washington Examiner.

“Iranian reports that the aircraft was over Iran are false. This was an unprovoked attack on a U.S. surveillance asset in international airspace,” said Urban.

But Iran’s Foreign Ministry Spokesman Abbas Mousavi strongly condemned what Tehran perceives to be a violation of the country’s airspace, saying “We strongly protest at such aggressive and provocative measures and firmly warn against any illegal and aggressive flight of any hostile foreign flying objects over the country's sky and violation of its airspace", the official website of the ministry reported.

On Wednesday, speaking on the sidelines of the 10th International Meeting of High Representatives for Security Issues in Russia’s city of Ufa, the secretary of Iran’s Supreme National Security Council Ali Shamkhani warned of Tehran’s harsh response to any intrusion into its airspace or maritime borders.

“No matter whose plane trespasses into its airspace, we have always given and will give a harsh response to intruders,” said Shamkhani.

The incident comes at a time of escalating tensions between the U.S. and Iran. On June 17, the Defense Department in Washington said it was deploying 1,000 additional troops to the Middle East in response to “hostile behavior” by Iranian forces.

And four days earlier the U.S. military had accused Iran of attempting to shoot down an MQ-9 Reaper drone with a surface-to-air missile, in an attempt to disrupt surveillance of an oil tanker recently attacked in the Persian Gulf, namely the Kokuka Courageous belonging to Oman. The U.S. also accused Iran of attacking two oil tankers with mines on the same day, just outside the Strait of Hormuz in the Gulf of Oman. Iran rejected all allegations.

Another U.S. MQ-9 was shot down over Yemen by Houthis' SA-6 surface to air missile on June 6. Washington accused Iran of assisting the Houthi rebels, reportedly backed by Iran, in the incident.

In May, the Trump administration had authorized the deployment of 1,500 U.S. troops, an aircraft carrier, and B-52 bombers to the region in a move that American officials said was made to counter alleged threats by Iran to American troops in the region.