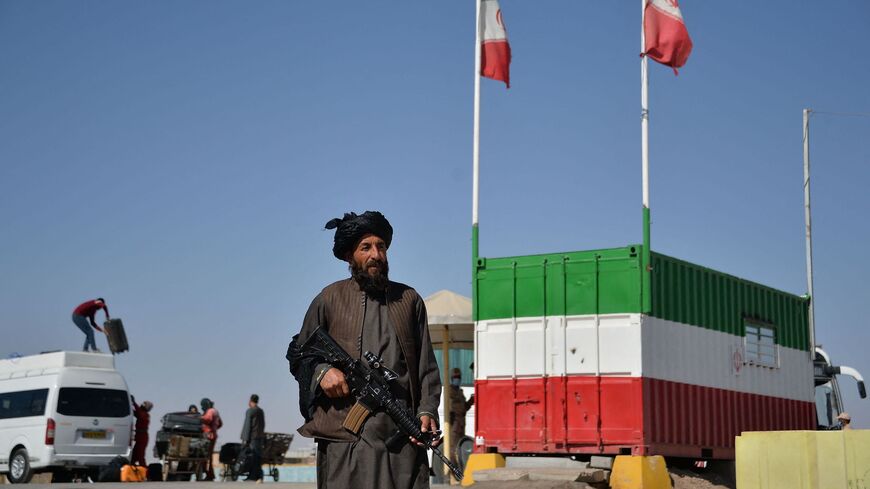 A Taliban fighter stands guard at the Islam Qala border between Afghanistan and Iran, in this picture taken on October 19, 2021. / AFP/Getty Images

A clash between Iranian and Afghan border forces, which reportedly broke out over a “misunderstanding,” has ended.

According to the Iranian Tasnim news agency, clashes broke out near the Iranian village of Shaghalak on December 1, after Taliban forces shot at Iranian farmers crossing what the Taliban believed to be a border wall.

“In recent years, walls have been erected inside Iran a few hundred meters from the border with Afghanistan, to combat smugglers and miscreants,” the report said.

Iranian farmers reportedly crossed to the other side of the wall to use the land inside Iran’s borders, but because of the walls, the Taliban thought Afghanistan’s borders had been violated.

The clashes have since ended, and Iran is in the process of explaining the border to the Afghan group. According to the Iranian media, the reports that the Taliban had seized several Iranian checkpoints are “fundamentally false.”

Meanwhile, Iran’s Foreign Ministry Spokesman Saeed Khatibzadeh said, referring to the skirmishes, that armed clashes were due to a dispute between residents in the border areas of Iran and Afghanistan.

He added that the intervention of the frontier security officials brought the matter to a close. The incident occurred on the Iranian side at the south-east Sistan-Baluchestan Province and Nimroz Province on the Afghan side, according to Khatibzadeh.

The Iranian news agency IRNA reported that these sorts of disputes originated initially in the Helmand Province as demarcation lines at point zero of the border had been incorrectly marked, causing confusion for the farmers, some of whose lands fall on the other side of the demarcation lines. It also cited the provincial security official Mohammad Hadi Marashi as saying that these disputes usually come to an end as the two sides are invited to resolve their differences.

Iran shares a 900-kilometer (560-mile) border with Afghanistan and hosts some 3.6 million Afghan refugees. Since the Taliban’s takeover of power in Afghanistan in August, hundreds of thousands of Afghan civilians have escaped into neighboring Iran using informal border crossings.

The Taliban launched massive offensive recapturing swaths of land, including major cities and provinces, simultaneously with the withdrawal of the US servicemen. The group’s return to power after being ousted in 2001 finished with the fall of the capital Kabul on August 15, 2021. President Ashraf Gani fled the country to avoid what he claimed could be “bloodshed.” The group changed Afghanistan’s name for the “Islamic Emirate of Afghanistan,” promising to establish an inclusive government in line with the Islamic sharia law.

Despite their historical disagreements, Iran has pledged to work with the Taliban leaders. Iran’s President Ebrahim Raisi has expressed support for establishing an inclusive government in Afghanistan.

After the rise of the Islamic State terror group in Afghanistan in 2015, Iran reportedly increased cooperation with the Taliban to secure its border.