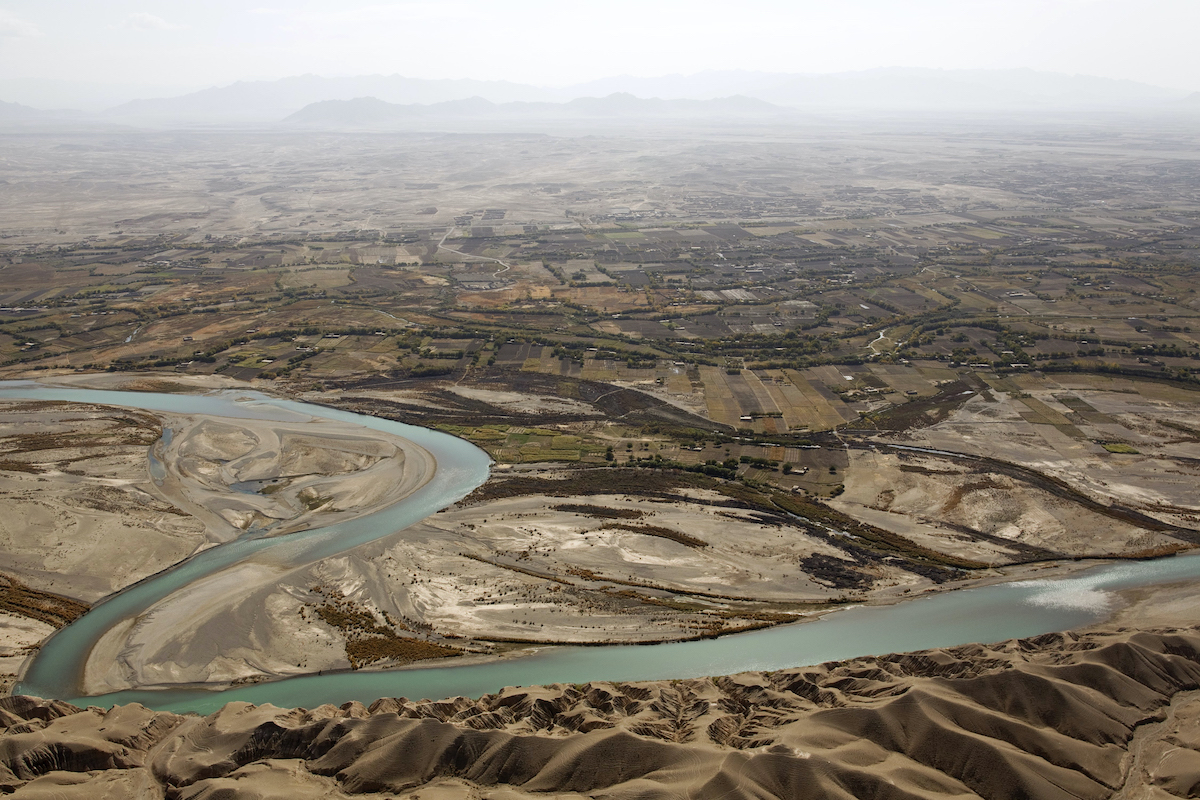 Iranian Foreign Minister Hossein Amir-Abdollahian has expressed concern over the Afghan government's position on the rights that Iran has to the Helmand river, which it shares with Afghanistan.

"We are not happy with Afghanistan's ruling government regarding the issue of Helmand. However, we had held meetings with the acting Afghan foreign minister and successfully secured a reaffirmation of the notion that the Islamic Republic of Iran's right to the water of the River Helmand is reserved in several rounds of diplomatic talks, as well as in the Afghan media," Amir-Abdollahian said in a closed session of the Iranian parliament on May 10.

He added that the meetings with the Afghan foreign minister were successful in allocating a portion of the river's waters to Iran from Afghanistan's Kamal Khan dam. Afghanistan agreed to allow an Iranian expert team to visit the river bed leading to the Kajaki dam.

“When the dam was full of water, we wanted to open the valves and let the water out, but Afghanistan said that if we did not open the dredging, the water would be reversed and our turbines would have problems,” the minister said.

"The Afghan side said that we need $3 million, and if you give this money to us, we have companies that are dredging this route. Eventually, with much follow-up and pressure on the interim governing body of Afghanistan, part of this route was opened, although we did not get much," he noted.

The minister also threatened the Taliban with legal action should Iran's rights to the river are not restored in compliance with previous accords.

In late January, several Iranian protesters blocked a trade route between Iran and Afghanistan due to the countries' dispute over the Helmand River, which originates near the Afghan capital, Kabul, and flows south-west about 1,100 kilometres before emptying into Lake Hamun, located on the Afghan-Iranian border.

Tehran has long objected to the construction of the Kamal Khal Dam over this river, arguing it would result in drying up its wetlands in many parts of Iran, including the provinces on the Afghanistan frontier. According to Iranian experts, Lake Hamun and dozens of wetlands fed by the Helmand River waters may dry up due to water intake at the Kamal Khan Dam.

In 1973, the two countries signed the Water Treaty of Helmand River protocol, which Iran regards as a basis for compliance by the other side. Based on the agreement, Afghanistan is committed to delivering an average of 820 million cubic metres of water per annum to Iran. This water runs into the Hamun marshland along the length of its common border.

Iran has accused Afghanistan of violating its water rights, claiming that it gets less water than the amount agreed upon in the 1973 treaty. The former Afghan government, which was toppled by the Taliban in August 2021, rejected the accusation.

Iran’s annual rainfall is about 240 mm, which is significantly lower than the global average of 990 mm. Water shortages are particularly critical in the east of the country which has an average precipitation of about 115 mm per year. Therefore, Iran needs secure access to border rivers, especially those in the east, as the country's water consumption grows.