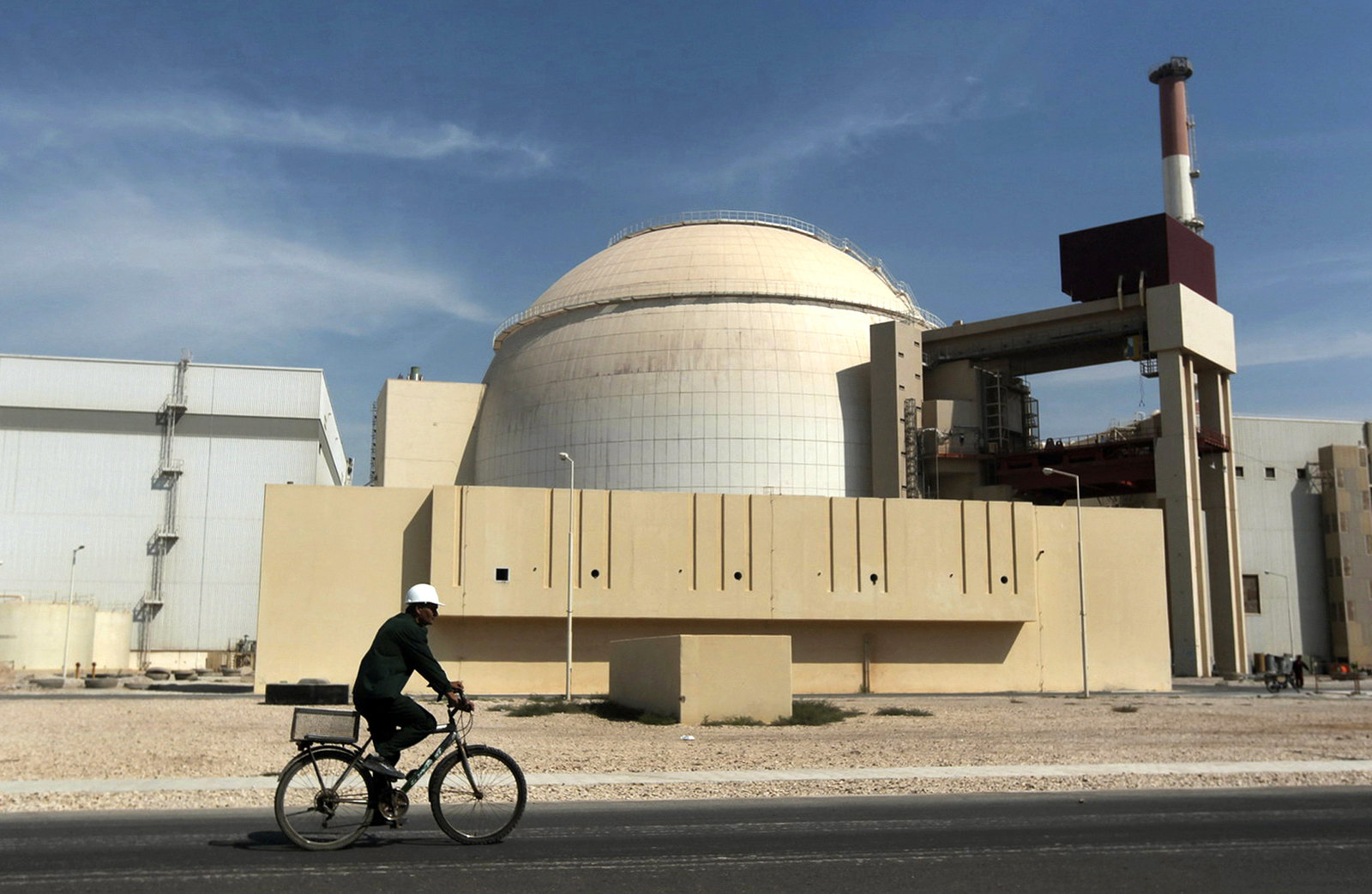 A worker rides a bicycle in front of the reactor building of the Bushehr nuclear power plant in southwestern Iran. / Majid Asgaripour / AP

Iranian President Hassan Rouhani has urged the United States to fulfill its commitments, instead of making “baseless” statements about negotiations over the Iranian nuclear deal.

“Instead of making baseless statements for negotiation, the Americans had better return from the wrong path they have taken”. Rouhani said in the Iranian cabinet's session on Wednesday in Tehran, while reacting to the recent remarks by US officials who said that they are ready for talks with Iran.

"They [US] are the ones who left the negotiating table," said Rouhani, adding that "the basis of Iran's work is cooperation with the International Atomic Energy Agency [IAEA], but the Agency must maintain its independence and do not deviate from its legal path under the United States and the Zionist Regime’s pressures."

"Iran is still ready to accept the legal monitoring of the IAEA and to cooperate with it within the framework of the law," the official website of the Iranian president quoted Rouhani as saying.

On June 5, US Special Representative for Iran Brian Hook said that President Trump has left the door open to diplomacy for many years, and said the US would like the Iranian regime to meet Washington's diplomacy with diplomacy.

The US plans to stick to its policy of harsh economic sanctions on Tehran in an effort to bring it to the negotiating table on issues such as the nuclear program, saying “timidity and weakness invites more Iranian aggression,” Reuters quoted Hook as saying.

The IAEA Board of Governors adopted a resolution on June 19, calling on Iran to fully cooperate with the IAEA in implementing its NPT Safeguards Agreement and Additional Protocol and satisfy the IAEA's requests without further delay.

The resolution submitted to the board by the United Kingdom, France and Germany also urges Tehran to provide IAEA inspectors access to two sites in Iran in order to verify possible traces of unauthorized and undeclared nuclear material and nuclear activity.

Meanwhile, The National Security and Foreign Policy Commission of Iran's Parliament on June 23 denounced the resolution as "politicized and unprofessional." It also ratified a motion to oblige the government to cease its voluntary implementation of the Additional Protocol of the Nuclear Non-Proliferation Treaty (NPT). The motion will be put to vote by the newly-formed parliament. If made into law, the decision will affect the future of the 2015 nuclear agreement with world powers.

White House National Security Council said in a tweet on June 15 that the US supports IAEA Director-General Rafael Mariano Grossi’s call on Iran to cooperate immediately and fully with the IAEA, and added that “no other country has ever denied access to a formal request under the Additional Protocol."

Tehran is currently implementing the requirements of the Additional Protocol on a voluntary basis. Drawn in 1997, it gives the International Atomic Energy Agency (IAEA) inspectors permanent rights to inspect nuclear establishments of its signatories at any time. Iran has been a signatory of the NPT since 1970 and signed the Additional Protocol in 2003 but according to the Iranian Constitution, the Parliament must ratify all international treaties that the country joins.

Earlier, Iranian Foreign Minister Mohammad Javad Zarif said in July 2019 that Iran was prepared to join the additional protocol of the IAEA if the United States lifted all of its sanctions.

The crisis around Iran's nuclear program resumed in May 2018 after US President Donald Trump unilaterally withdrew from the Joint Comprehensive Plan of Action, known commonly as the Iran nuclear deal. The JCPOA was set to limit Iran's stockpile of medium-enriched uranium and reduce its number of gas centrifuges in exchange for relief from economic sanctions.