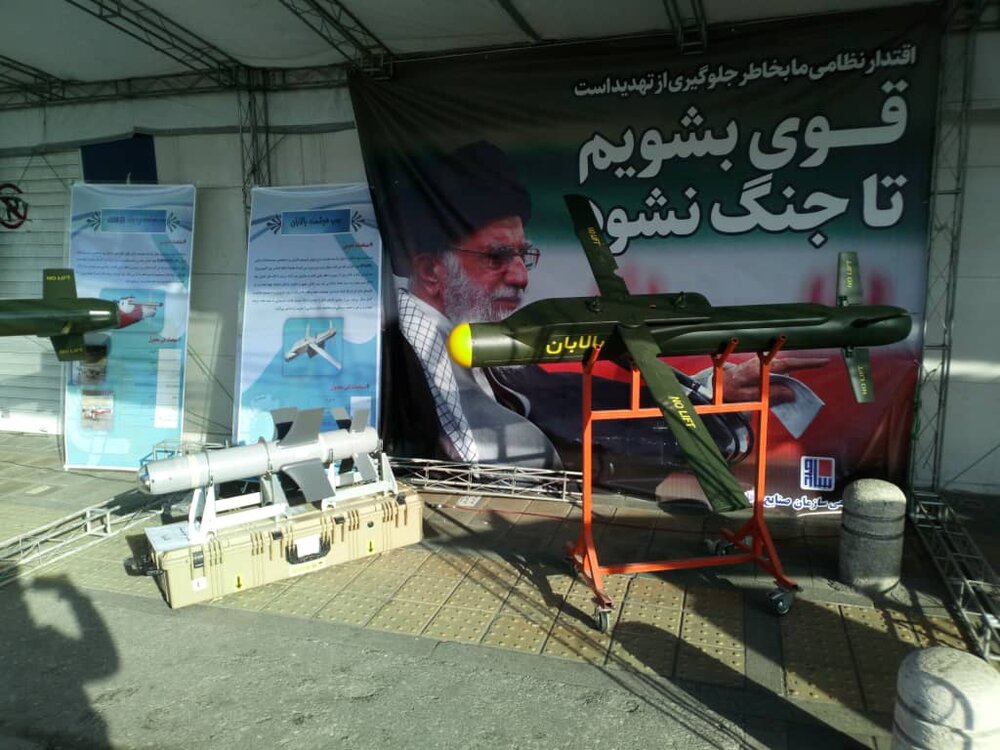 The Iranian armed forces have displayed the domestically-made precision-guided bombs, dubbed Balaban during the celebrations held on the occasion of the 41st anniversary of the Islamic Revolution, on February 11, 2020. / MEHR News Agency

The Iranian Defense Ministry has put on display this week several of its latest military technologies on the occasion of the 41st anniversary of the Islamic Revolution.

The armed forces have stationed the domestically-made precision-guided bombs, dubbed Balaban, the Ra'ad' armored personnel carrier, and long-range guided missiles at the venue of rallies in the capital city of Tehran. The venue played a host to the ceremonial closing event of the 10-day celebrations of the 1979 Revolution anniversary on February 11, according to Iran’s Mehr news agency.

Celebrations traditionally begin on 1 February - to coincide with the return of the founder of the Islamic Republic, Ayatollah Ruhollah Khomeini, from an exile in France.

The celebrations were held in 5,200 places across the country. During the rallies, participants carried the united flags of several Muslim countries and hold movements to reiterate the unity and integrity of the Muslim nations against the U.S. and Israel.

In a ceremony in Tehran on February 9, Aerospace Force of Iran’s Islamic Revolution Guards Corps (IRGC) unveiled a new homegrown missile, dubbed ‘Ra’ad-500’, equipped with the composite engine "Zohair,” as well as the new generation of engines of missiles and satellite carriers.

Zohair is made up of carbon fiber composites, which enable the engine’s shield to withstand pressures up to 100 bars and temperatures as high as 3,000 degrees Celsius and also reduce the total weight of the missile, IRNA reported.

The weight of Ra’ad-500 also was reduced and its range has been extended by 200 kilometers, thanks to the new composite materials in comparison with the Fateh-110 missile that has a metal body.

IRGC also unveiled another missile engine with a composite engine shield and the moving nozzle, and new technologies allow the use of solid propellant engines outside the atmosphere. These technologies have paved the way for Iran to build light satellite carriers with solid propellant, manufacture surface-to-surface missiles with a small radar cross-sectional area, and enhance the maneuverability of missiles to defeat missile defense systems.

Earlier, Iran failed to put a satellite into orbit on February 9, which was planned amid celebrations ahead of the anniversary of the Islamic Revolution. The launch happened at Imam Khomeini Spaceport in the Iranian central province of Semnan. A Simorgh (meaning Phoenix in Persian) rocket couldn't put the Zafar-1 communications satellite into orbit and landed in the Indian Ocean due to a low speed.

Zafar is a 90-kilogram remote-sensing satellite equipped with color cameras and can be used for surveying oil reserves, mines, jungles and natural disasters, offering images of 22.5-meter resolutions. The Simorgh satellite launch vehicle, also called Safir-2, is an Iranian expendable small-capacity orbital carrier rocket, which was originally scheduled to make its maiden flight in 2010.

The U.S. has long raised concerns in the past about Iran's satellite program, claiming that it helps Tehran advance its ballistic missile program.