Iran Plans To Knock Off 4 Zeros From Rial 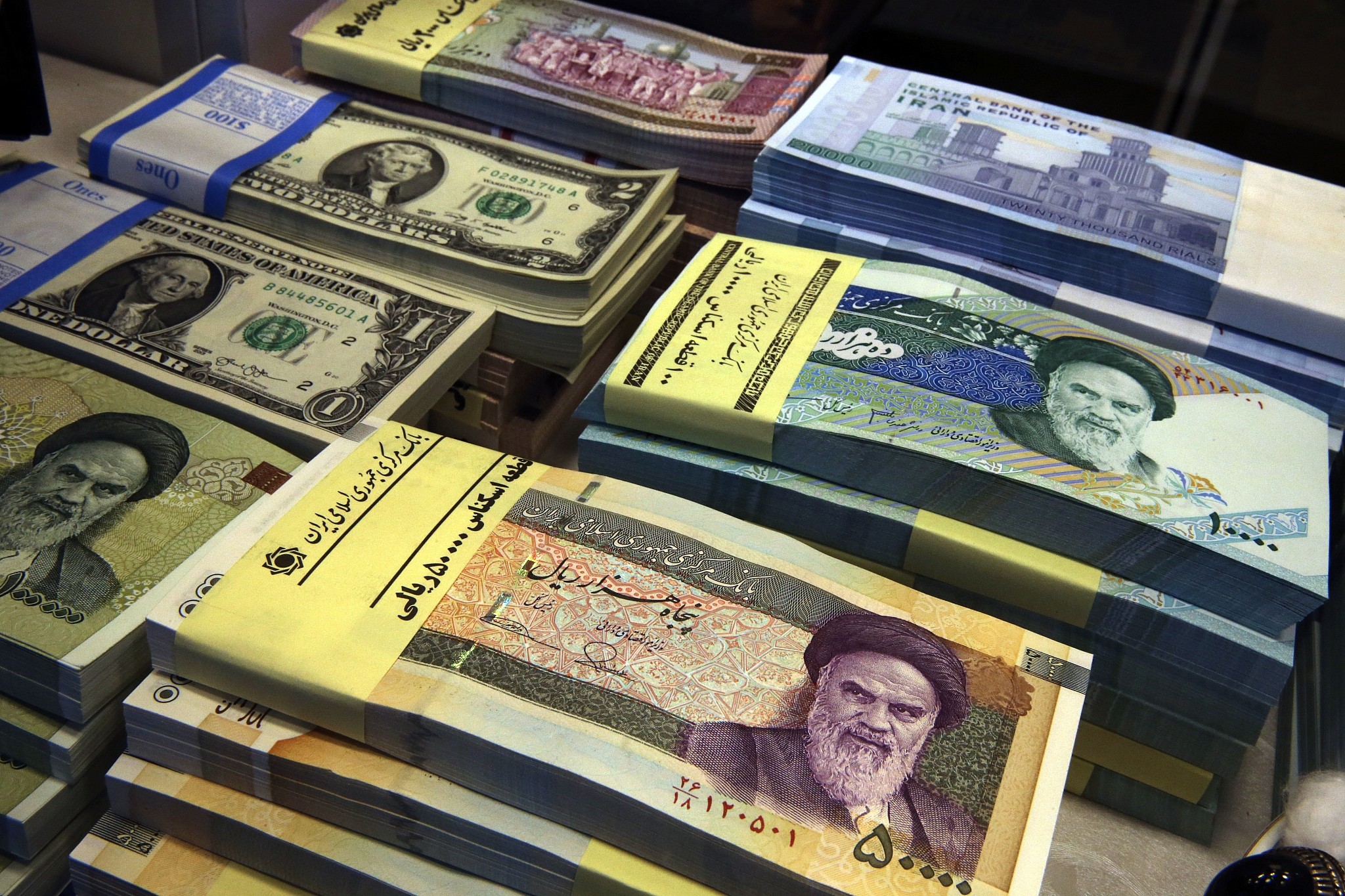 Iranian and US banknotes on display at a currency exchange shop in downtown Tehran, Iran, on April 4, 2015. / Vahid Salemi / AP

Financial experts in Iran are working on a proposed mechanism to slash four zeros from the country’s national currency, the Iranian rial, as it further declined in value following the United States’ withdrawal from the Iran nuclear deal and the re-imposition of American sanctions.

“Experts are currently working on a proposed mechanism to slash four zeros from the national currency, and final result [of the study] will be announced in due time,” Iran’s minister for the economy and finance, Farhad Dejpasand, told the Islamic Republic News Agency on January 8.

The Central Bank of Iran presented a proposal to reform the rial to the government on January 5, saying it will enhance the national currency's reputation in the international marketplace. The measure is part of a comprehensive reform of what is widely seen as a bloated banking industry, and part of attempts to implement more efficient monetary and supervisory tools.

Abdolnaser Hemmati, head of Iran’s central bank, said, “Some experts say that this will have no effect on inflation; we know this. This is just for simplification,” Hemmati told Tasnim news agency on January 9.

“I have earlier said that it will take two years, and it does not mean that we will wait two years. The implementation of this process technically needs reforming, and it should be discussed at the parliament.”

The Iranian rial lost its value against foreign currencies by three-fold on the open market in 2018, following U.S. President Trump’s pull-out from the nuclear deal, officially called the Joint Comprehensive Plan of Action. The inflation rate in Iran was nearly 40 percent at the end of 2018, compared with 2017. However, the currency experienced a bit of a rebound in recent weeks.

There are two exchange rates for the rial. The official rate is what the government has access to, to buy imports and conduct official transactions. According to the official rate published by the central bank, the rial was trading at 42,925 as of 11:00 UTC on January 10. Meanwhile, the parallel market rate applies to an open market of licensed exchange offices – as well as unlicensed, or black market and street traders – used by individuals and corporations. There, the rial is trading at around 110,000 rials per U.S. dollar.

Rising economic unrest has widened the gap between the two rates. The Iranian government decided to unify the two-tier exchange rate at 42,000 rials to the dollar from April 2018, but it has no effect thus far.

In August 2018, the central bank unveiled a new package of regulations regarding foreign currency trade, which lifted a ban on the activity of money exchange markets. Foreign currency values began to rise as a result, and economic crisis is underway in Iran.

The idea of removing four zeros, which at least has a psychological effect, has been raised by officials and experts before, but it was never seriously considered.

In December 2016, President Hassan Rouhani’s cabinet had approved a motion put forward by the central bank to change the national currency from the rial to the toman that may have been led to a ten-fold decrease in banknote denomination.

However, the Rouhani administration decided to postpone the implementation of a currency reconversion policy in 2016 due to concerns such as supposedly unfit timing, which could ignite inflation and economic instability.

“There is no reason for us to consider a national currency with less zeroes a more valuable one,” the Iranian economist and president of Iran World Trade Center Mohammad Reza Sabzalipour said in an interview with Tehran Times. “Having a strong economy is not necessarily related to having a national currency with low number of zeroes but to positive trade balance and high quality of the nation’s livelihood.”

“The act would appease the public opinion just for a short time when they see the price numbers of the goods and services are decreased, but after a while when their income also comes with lower zeroes, they will find out that what has happened has not improved their commonwealth,” Sabzalipour added.