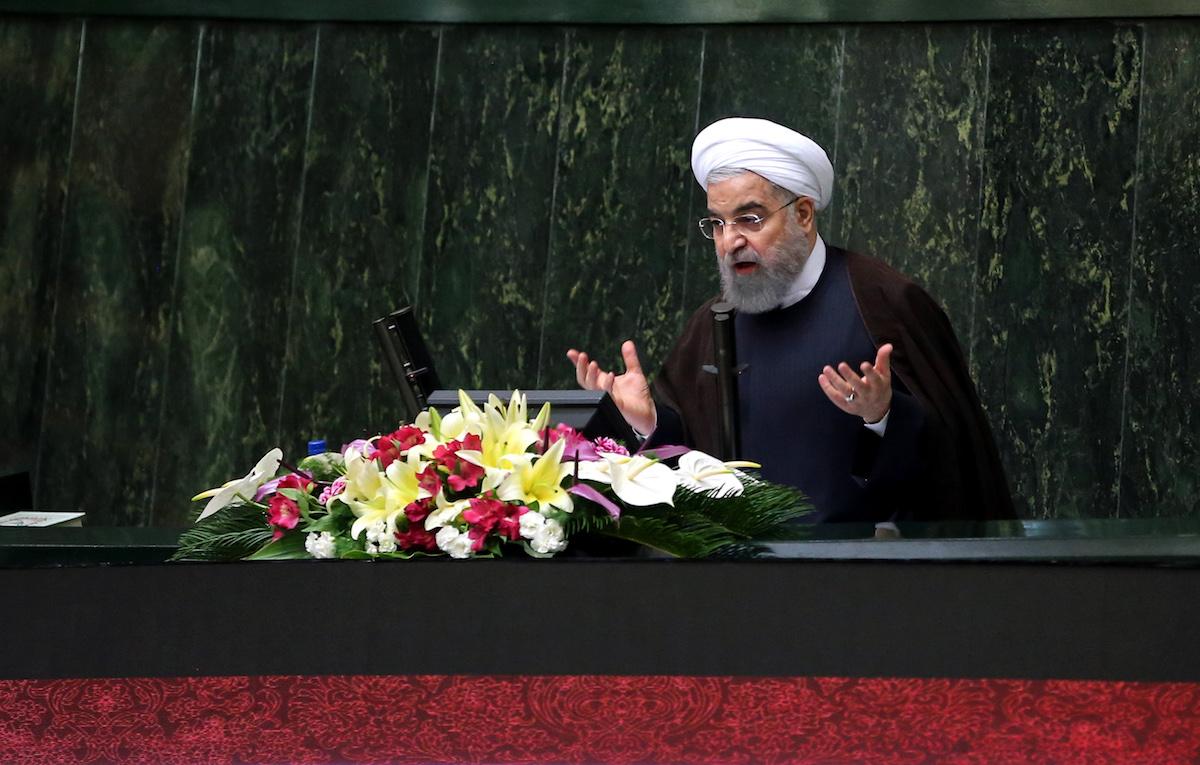 The Iranian lawmakers voted against the bill, which would cover the coming Iranian fiscal year that begins in March, during an open session of parliament held on January 28. / Middle East Monitor (file photo)

The Iranian parliament has disapproved next year’s budget submitted by President Hassan Rouhani on December 10, arguing that complicated problems such as drought and agricultural have gone ignored in Rouhani’s proposed bill.

120 lawmakers voted against the bill, which would cover the coming Iranian fiscal year that begins in March, during an open session of parliament held on January 28. Eighty three members of parliament voted in favor of the bill and there were nine abstentions, out of a total of 216 available votes, according to the Iranian Student’s News Agency (ISNA).

“The bill was rejected by the parliament due to the fact that the general budget did not meet the basic priorities and demands of the people,” Jalil Rahimi Jahanabadi, a member of the Iranian parliament's Legal and Judicial Committee told ISNA.

Jahanabadi said that funds for irrigation and rural water supply have been reduced, “and instead, this money is allocated in other areas, which, in our view, is of lesser priority.”

The proposed bill set a budget of nearly 4,290 trillion rials ($130 billion), which shows an 8.9 percent increase compared to the past year.

Among key amendments proposed by the commission to the budget bill were keeping gasoline price unchanged, setting average oil prices at $55 a barrel; fixing the official rate of the U.S. dollar at 35,000 rials; freezing salaries of authorities; setting the ceiling for pay increases at 18 percent; banning any increase in tariffs; duties and costs of services provided by organizations of the executive branch; and tax exemption for monthly wages below 23 million rials ($522) for civil servants and 18 million rials ($409) for guilds.

Jalal Mirzayi, a member of the group called ‘Hope’ within the parliament, has also criticized the draft bill, saying, “There are serious crises in our country, such as the crisis of water scarcity and drought, which needs financial discipline. The plans of the organizations engaged in resolve the drought crisis, to whom money was allocated, are unclear.”

Meanwhile, other aspects of the bill that forced parliamentarians to reject it were “unsatisfactory living conditions of teachers and other governmental employees,” unemployment, “dependence on oil income,” and fear of people’s anxiety over economic hardships. Unemployment in Iran currently stands at 12 percent, and inflation is about 10 percent.

According to Parliament Speaker Ali Larijani, the joint commission has only one opportunity to review the budget bill, and a revised bill will be discussed on February 3.

The joint commission is a legislative body responsible for reviewing budget bills, as well as five-year development plans proposed by the government, before final ratification. The draft budget has to be passed by parliament and approved by the Guardian Council, which vets legislation before it becomes law.

The bulk of the budget has been reserved for the Islamic Revolution Guards Corps (IRGC) which, by the Supreme Leader’s exclusive order, will receive an additional $2.5 billion from Iran’s sovereign wealth fund known as the National Development Fund of Iran.

The order by Ayatollah Ali Khamenei, Iran’s current Supreme Leader, comes in the midst of President Rouhani repeatedly stressing the need for the IRGC to not dominate Iran’s economy. According to observers and analysts the IRGC has only expanded its economic activities inside the country, as well as in neighboring countries. The IRGC has holdings in the construction, energy, banking, insurance and telecommunications industries.