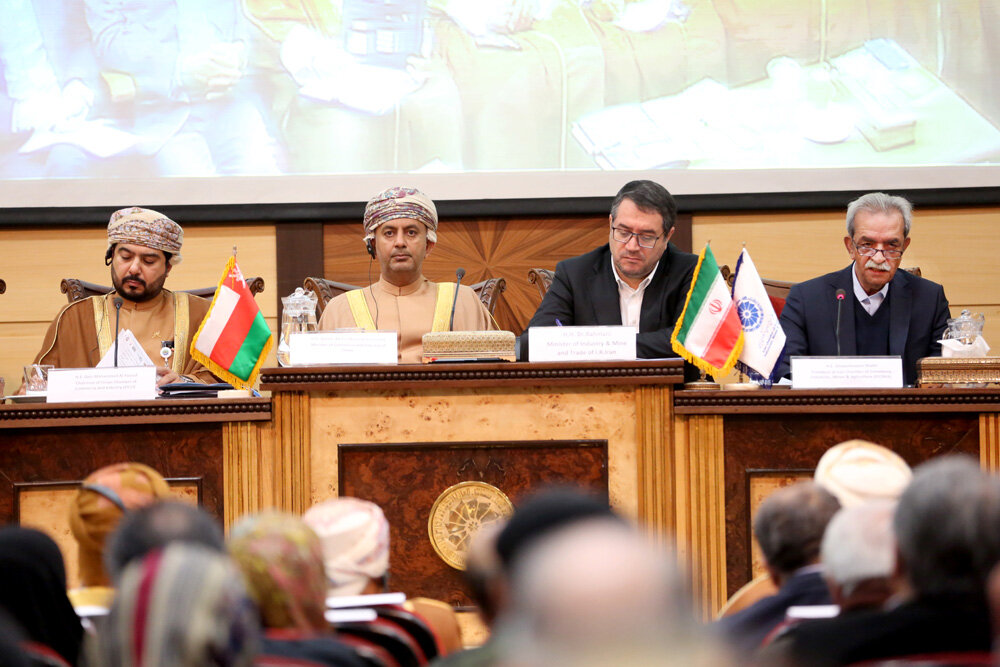 Iranian and Omani officials have signed a cooperation agreement aimed at boosting maritime transportation between the two Persian Gulf countries.

“Signing of this agreement will facilitate trade and business interactions between the two countries, using the two sides’ maritime capacities,” Iran’s transportation minister Mohammad Eslami said during a signing ceremony on Sunday.

At the event, which was also attended by Oman’s minister of commerce and industry, Ali bin Masoud al Sunaidy, Eslami said, “this is the first time that Iran signs and exchanges a maritime transport document with the friend country Oman,” according to Fars.

According to the deal, regular shipping lines will be established between the two maritime neighbors and the use of each other’s ports will be allowed.

Al Sunaidy, who traveled to Iran as part of a trade delegation to attend a meeting of the Iran-Oman Joint Economic Committee in Tehran on Saturday, said that, “once the agreement’s finalized copies are received, it will be implemented immediately.” He expressed hope that the signing of the agreement would encourage and stimulate an increase in bilateral trade.

Iran and Oman already have four direct shipping lines between their ports. However, Oman is interested in broadening its maritime networks with Iran and is looking for connections to the Caspian Sea, gaining access to the North-South Corridor trade route.

In a meeting with his Omani counterpart in Tehran on December 8, the chairman of Iran's Chamber of Commerce, Industries, Mines and Agriculture Gholamhossein Shafei said “Iran and Oman can reach $5 billion bilateral trade volume by 2020, if the necessary infrastructures are provided and banking problems are resolved”, Islamic Republic News Agency reported.

“The volume of Iran’s foreign trade under the toughest conditions caused by sanctions stands at above $100 billion a year, while Oman can have a share in a large part of these trade exchanges,” Jahangiri said according to IFP News.

Qais Mohammed Al Yusuf, chairman of the Oman Chamber of Commerce and Industry, suggested during the meeting that the two sides establish a barter mechanism for investment and bilateral trade.

In light of the re-imposition of U.S. sanctions on Iran after President Donald Trump pulled the U.S. out from the Joint Comprehensive Plan of Action, better known as the nuclear deal, in May 2018, Iran has actively sought out alternative methods for keeping its fledgling economy afloat. Iranian companies have been replacing some of their previous trade partners, such as the United Arab Emirates, and now consider Muscat as an economic trade hub.

Iran's exports to Oman have thus far reached $728 million this year, while the bilateral trade hit $1.16 billion, indicating a 5.3 percent increase over a five year period.