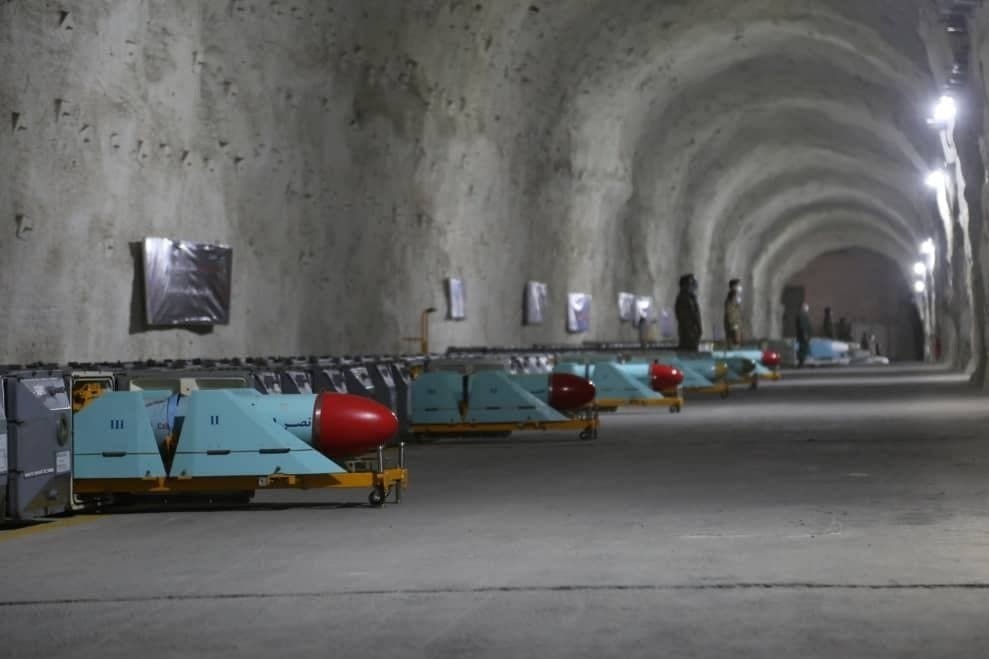 The naval force of the Islamic Revolution Guard Corps (IRGC) has unveiled a new subterranean “missile city”, amid tensions with the US in the Persian Gulf.

“Different kinds of cruise and ballistic missile systems and missiles with various ranges were displayed in the missile city of IRGC’s naval forces. During the ceremony, missile systems and equipment with new capabilities and operational characteristics, including capable of launching precision missiles from underground and passive defense locations, launching naval mines with different ranges, firing at 360-degree, confronting electronic warfare, and increasing the range and destruction power in operations were delivered to the IRGC navy,” the Iranian state news agency IRNA reported on March 15.

One of the unveiled missile systems is capable of changing the target after the launch of the missile.

“These missile systems have been designed and built by capable Iranian experts in the Ministry of Defense and Armed Forces Support, research centers and knowledge-based companies of the IRGC,” Brigadier General Alireza Tangsiri said in the ceremony and warned enemies that they will receive a “deadly blow” in the event of any aggression against Iran.

The report and the IRGC officials did not publicize the location of the site. Yet, according to the announcements of the IRGC last year, Iran had built underground "missile cities" along the Persian Gulf coastline.

On January 8, the IRGC unveiled an underground missile base along the Persian Gulf on the first anniversary of a missile attack on US bases in Iraq in retaliation for the US killing of IRGC’s Quds Force Commander Qasem Soleimani.

In another ceremony on March 15, various kinds of electronic warfare equipment were delivered to the Navy of the IRGC. Indigenous electronic warfare systems including radar, navigation, surveillance and simulation systems that provide new and crucial capabilities joined to IRGC’s naval combat units. They were also designed and built by local experts of the Iranian Defense Ministry and research centers of the IRGC.

Last November, the IRGC unveiled another underground missile base used by its Aerospace Force, and the network of tunnels included liquid-fueled medium-range Emad missiles. On July 29, 2020, the IRGC said they had successfully launched ballistic missiles from the depths of underground facilities during a military exercise, claiming it was the “first-ever” such exercise in the world.

Iran unveiled these underground missile bases, amid increasing tensions between Tehran and Washington in the Persian Gulf. In early March, the US military’s Central Command said the two B-52 bombers flew over the region accompanied by military aircraft from nations including Israel, Saudi Arabia and Qatar.

It marked the fourth-such bomber deployment into the Mideast this year and the second under President Joe Biden. Such flights had become common in the last months of former President Donald Trump’s administration.