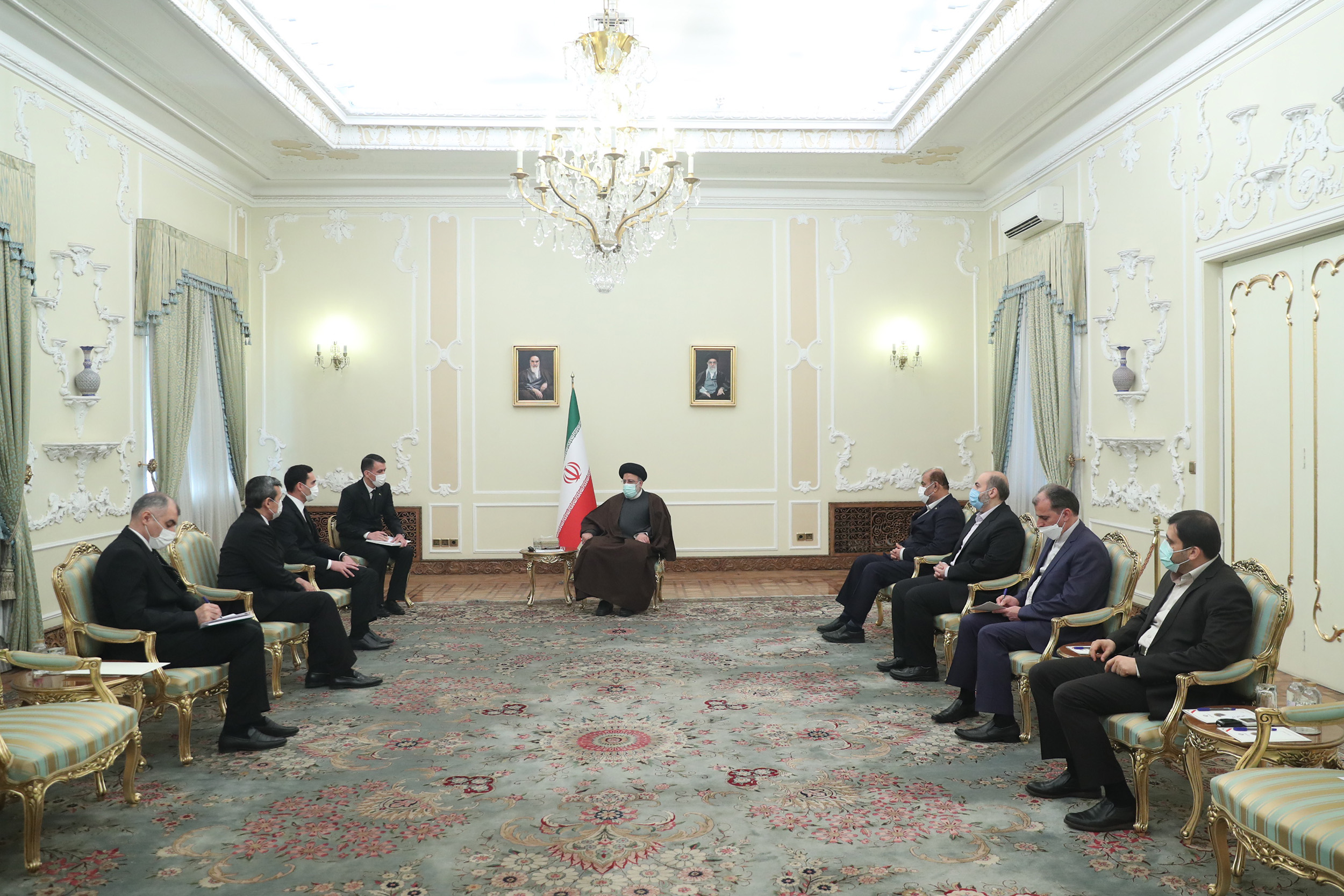 “Tehran-Ashgabat relations are on the path to development and they are determined to take effective and useful steps in political, economic, cultural, and social relations for the benefit of their nations,” Raisi said in a meeting with Turkmen Deputy Prime Minister Serdar Berdimuhamedov and Foreign Minister Rashit Meredov, on January 9, according to the Iranian president's official website.

The president said that Tehran welcomes Ashgabat’s proposals for "strengthening and promoting cooperation in various sectors, especially in the field of energy, trade and commerce", adding that "there are no obstacles and restrictions in this regard."

For his part, the Turkmen deputy prime minister said that his country is determined to increase the level of its relations with Iran in various fields, especially in the field of gas, transportation, economy, trade and culture.

"Turkmenistan seeks to open a new historical page in relations with the Islamic Republic of Iran, and numerous proposals have been prepared to expand comprehensive cooperation, especially to increase and facilitate trade and transit at border terminals," Serdar Berdimuhamedov said.

Following the meeting with the Turkmen foreign minister on January 8, Iran’s Oil Minister Javad Owji said the volume of natural gas swapped with Turkmenistan could be increased by 10 times in volume if Ashgabat agrees to further transfer deals with Tehran.

He added that Iran and Turkmenistan will sign a series of new documents to further expand energy cooperation during the two-day visit to Tehran led by Meredov.

The announcement came days after Iran started transferring the natural gas received from Turkmenistan, located to the east of the Caspian Sea, to Azerbaijan, which is situated on the western side. The transfer is approved under a recent trilateral gas swap deal signed on the sidelines of the Economic Cooperation Organization summit on November 28, 2021.

The agreement addresses annual exports of up to 2 billion cubic meters (bcm) of Turkmen gas to Azerbaijan via Iran’s territory. Under the swap deal, Iran will receive gas from Turkmenistan and deliver an equivalent amount to Azerbaijan via the Astara border. The gas that Iran will receive from Turkmenistan under the swap agreement will cater to the needs of at least five northern provinces of the country. Azerbaijan will reportedly receive 5-6 million cubic meters of gas per day.

This agreement has revived political and economic relations between Tehran and Ashgabat as the two countries had been in dispute over price issues related to a previous gas agreement. In 2016, Ashgabat claimed that Tehran should have paid $1.5 billion for gas it supplied from Turkmenistan, but Iranian authorities have disputed the figure. In 2017, Turkmenistan halted gas deliveries to Iran due to a debt scandal.