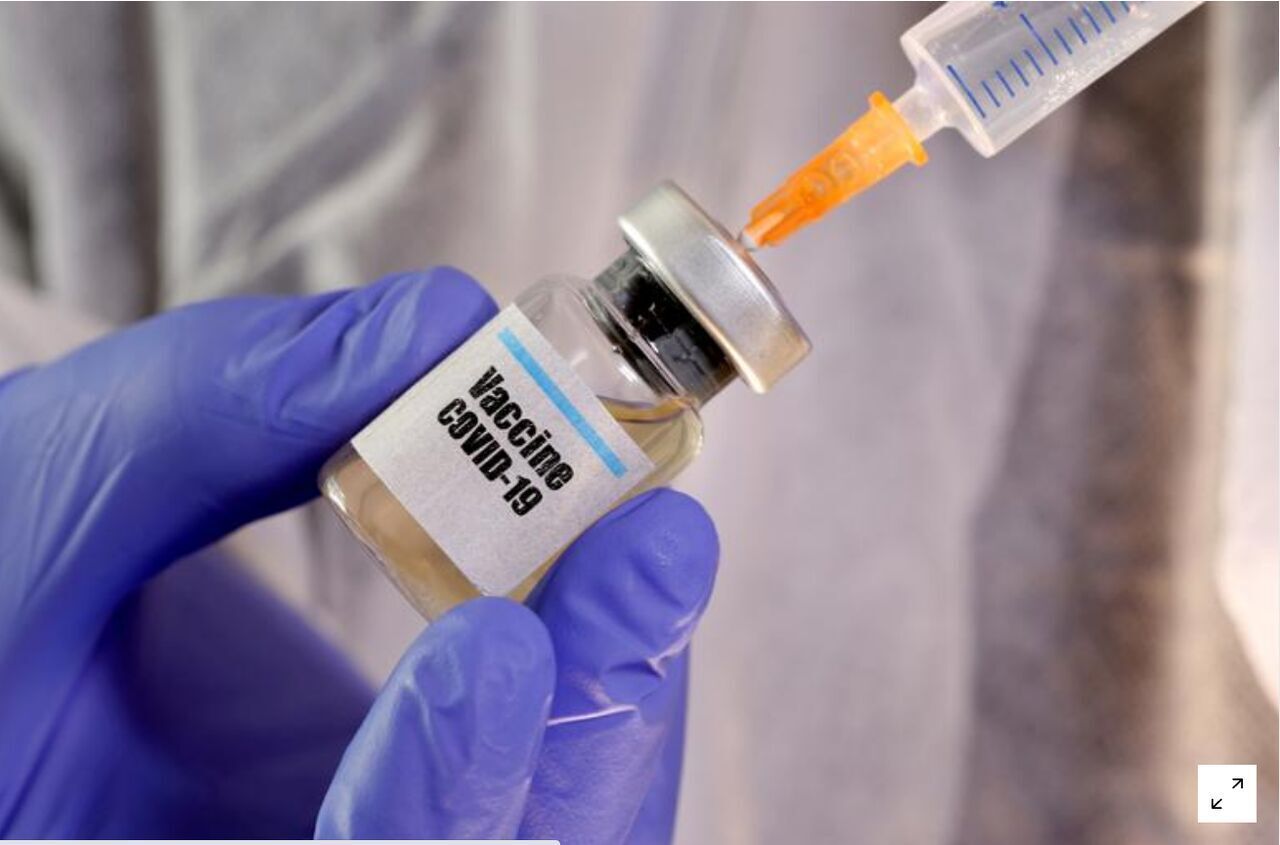 The first phase of the human trial of the coronavirus vaccine developed by Iranian scientists began on December 29, 2020. The first person who received the jab was the daughter of the chairman of the Headquarters for Executing the Order of Imam Khomeini, the institution that has produced the vaccine. / IRNA news agency

Iran has launched trials of its first domestic COVID-19 vaccine, amid U.S. sanctions that have affected Iran’s ability to purchase medicine and vaccines.

The first phase of the human trial of the coronavirus vaccine developed by Iranian scientists and dubbed COVIran Barekat began on December 29.

The daughter of the chairman of the Headquarters for Executing the Order of Imam Khomeini — the institution that has produced the Iranian vaccine — has become the first person to receive the jab. Iran’s healthcare minister and vice president for science and technology attended the event.

“The message of this act was that we do not see ourselves apart from the people, and we brought our family first to test this vaccine,” Healthcare Minister Saeed Namaki said during the event.

COVIran Barekat is one of the eight vaccine candidates developed in Iran. The other seven are expected to clear animal trials by late February.

The chairman of the Headquarters for Executing the Order of Imam Khomeini, Mohammad Mokhber, whose daughter received the first injection, announced on December 27 that some 60,000 Iranian citizens have volunteered to participate in the human tests, despite the fact that only 56 individuals from different races and age groups are required for the trial. He further said that Iran complies with all safety standards set by the World Health Organization within the human trial phase and would not hurry to carry out any process.

The monthly capacity of local vaccine production will reach 1.5 million doses within the next 40 days, according to Mokhber. The production capacity will stand at 12 million doses per month in the next six months, as Iran will begin to export the coronavirus vaccine after fulfillment of the domestic needs.

Seyyed Mohsen Dehnavi, a member of the Iranian parliament said that by producing the vaccine, Iran was placed among the ten vaccine producing countries in the world.

“This is a great honor that despite the cruel sanctions, Iran's healthcare system has managed to produce vaccines along with the developed countries in the world,” he added.

Iranian officials complain that the country’s ability to buy vaccines is hampered by U.S. financial sanctions, reimposed after the Trump administration had withdrawn from the 2015 nuclear deal. Food and medicine are exempt from the sanctions, but banks have been discouraged from financing Iranian deals.

The Central Bank of Iran’s governor announced earlier that the country had reached an agreement to pay for 16.8 million doses of vaccines from COVAX, a global initiative under the World Health Organization (WHO) that aims to ensure equitable access to vaccines for all countries.

Head of the Iranian Red Crescent Society Karim Hemmati announced on December 28 that philanthropists, who have not been named, are also sending 150,000 doses of the US multinational pharmaceutical corporation Pfizer-BioNTech vaccine to Iran.

At a recent meeting of the heads of the three branches of government (executive, legislative and judicial), Iranian President Hassan Rouhani stated that the country was seeking to provide the vaccine in a number of ways.

“The first way is to produce the domestic vaccine, for which two major institutes and a knowledge-based company are working, and we hope that they can achieve full success,” he said.

Rouhani described the second way as developing a vaccine with the cooperation of another country, while the purchase of vaccines from abroad is the third step, according to the president.

“Necessary measures have been taken to purchase vaccines from the World Health Organisation under the framework of COVAX, and at the same time negotiations are underway with one or two other countries to purchase vaccines, and people need to be sure that the purchase of a foreign vaccine will be done with full assurance of its quality,” the official website of the Iranian president quoted Rouhani as saying on December 28.