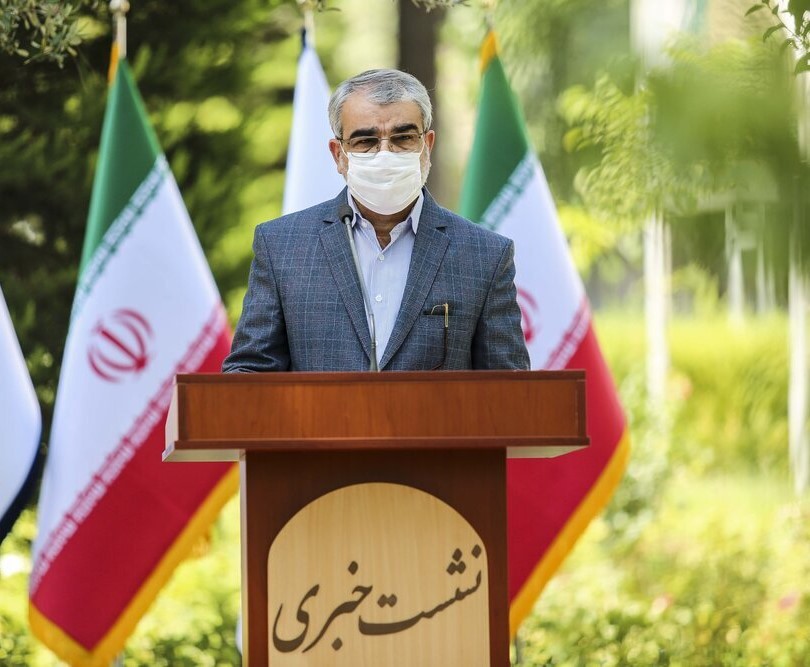 Iran has sentenced two men to 10 years each in prison based on alleged accusations of spying for Britain, Germany, and Israel in separate cases.

“One of the men convicted of espionage, Massud Mossaheb, had been "spying" for the German and Israeli intelligence agencies under the guise of the general secretary of the Austrian-Iranian Society, and he was found to have been providing them with information on Iran’s missile, nuclear, nanotechnology, and medical fields”, Judiciary spokesman Gholamhossein Esmaili said in a news conference on Tuesday, the Iranian state news agency IRNA reported.

Mossaheb, who holds both Austrian and Iranian citizenship, was arrested after traveling to Tehran in January 2019. According to the Der Standard newspaper, Mossaheb had traveled to Iran to accompany a delegation from an Austrian research center that had opened a subsidiary near Tehran.

“Shahram Shirkhani is the second person who was involved in espionage activities and had provided the UK with various and sensitive information. He sought to corrupt authorities and recruit people for intelligence services and gave away information on contracts related to the Central Bank and Bank Melli Iran to enemies” Esmaili said.

According to The Times, Shirkhani was a founding partner at an international law firm in Tehran and was teaching in the faculty of law at Islamic Azad University at the time of his arrest. He is also a former business associate of corporate lawyer David Mills, husband of the late British parliamentarian, Tessa Jowell.

Esmaili further elaborated that five more people had been arrested recently for alleged espionage in the foreign and defense industries ministries, companies working in the energy industry, and Iran’s atomic agency.

“It is strange that the countries claiming to be defender human rights have become safe havens for terrorists, and those who carry out explosions and sabotage, and kill innocent people during religious ceremonies,” the spokesman added.

Several explosions and fires have occurred around Iranian military, nuclear and industrial facilities in the past months, including from a blast at the underground Natanz nuclear facility to a blaze at a military and weapons development facility. The Iranian media claimed in July that explosions were possibly caused by “sabotages” by Israel and the United States.

In July, Iran executed a former translator, Mahmoud Mousavi Majd, for purportedly spying for the US and Israel, including tracking the movements of top Iranian military commander Qassem Soleimani who was killed on 3 January in a US airstrike in Iraq.

The same month, Reza Asgari, a retired Iranian Defense Ministry employee, was hanged as he was found guilty of selling information about Iran’s missile program to the CIA. In February, an Iranian court issued the death penalty for Amir Rahimpour, another Iranian national charged with passing along nuclear information.

Iran announced in December 2019 that it had arrested eight people "linked to the CIA" and involved in nationwide street protests that were spurred by an increase in the price of fuel. In July 2019, Tehran announced that it had dismantled a CIA spy ring, arresting 17 suspects between March 2018 and March 2019 and sentencing some of them to death.

There are several dual nationals and other foreigners being held in Iran over security charges. One of them is the French-Iranian academic Fariba Adelkhah, whose five-year jail sentence over "security charges including conspiring against national security" was upheld at the end of June. Others include British-Iranian woman Nazanin Zaghari-Ratcliffe, and Iranian-American businessman Siamak Namazi and his father Mohammad Bagher Namazi. Iran is also holding Kylie Moore-Gilbert, a British-Australian academic serving a 10-year prison sentence.