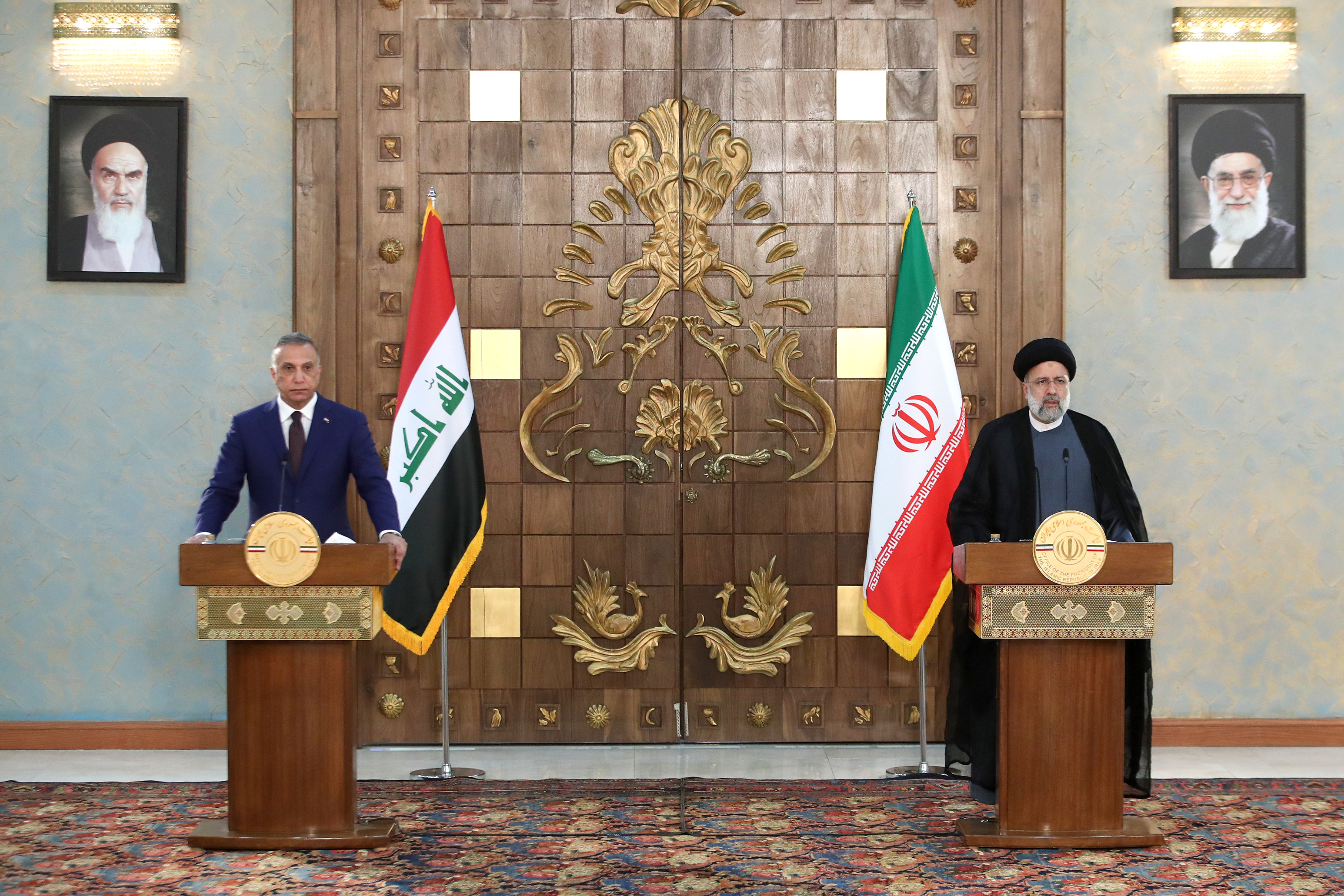 “In today’s meeting, the will of the two countries to develop the rail corridor and accelerate establishing rail connection between Shalamcheh [south-western Iran] and Basra [southern Iraq] were stressed, and the development of financial and monetary relations between the two countries were discussed,” Raisi said in a joint press conference with the Iraqi Prime Minister on September 12, referring to an announcement about the abolition of travel visas between the two countries.

Iran has long sought a visa waiver from Iraq, and it also temporarily canceled visa requirements for Iraqi visitors in 2019. Iranian pilgrims were banned to travel last year due to the pandemic while this year Iraq has promised to allow a limited number to travel by air only.

For his turn, al-Kadhimi noted that Iraq attaches special importance to the development and strengthening of relations with Tehran, saying, “We discussed a set of cases related to the development of bilateral relations and we are determined to expand the level of our relations in the interests of the two nations as much as possible”.

"In today's meeting, we discussed the increase and development of trade exchanges between the two countries," the Iraqi Prime Minister who arrived in Tehran in an official invitation from Raisi, said.

In April, Iran and Iraq signed a five-year economic cooperation program. Baghdad mainly relies on Iran to get natural gas and electricity. Last December, Iran has reduced gas supplies to Iraq to 22 mcm per day from nearly 50 mcm over arrears of more than $6 billion.

At a meeting with Mustafa al-Kadhimi, Iran's Supreme National Security Council (SNSC) Secretary Ali Shamkhani expressed his concerns over the "growing movements of terrorist groups" in Iraq's Kurdistan region, calling for "their immediate disarmament and expulsion from Iraq".

"Such measures, which are carried out under the new US national security doctrine in the region, not only will not contribute to security and stability but will also exacerbate the crisis and intensify insecurity in the region," Shamkhani said.

On September 9, the Iranian military bombarded positions of Iranian Kurdish armed opposition groups in the border areas of Iraqi Kurdistan using drones and artillery. Earlier, on September 7, the Hamzeh Seyyed ol-Shohada Base, the operational HQ of the Islamic Revolution Guards Corps (IRGC) in north-western Iran, warned Iraqi Kurdistan, saying if it does not stop Iranian Kurdish dissidents from attacking his country, Iran would treat Iraqi Kurdistan as the "enemy's soil".

Iran's West Azerbaijan and Kordestan provinces have long borders with Turkey and Iraq. Kurdish armed groups, which seek autonomy for the Kurdish region, have used borders to attack Iranian military forces over the past four decades. Iran mainly accuses the Party of Free Life of Kurdistan (PJAK), an Iranian branch of the PKK terrorist organization, of carrying out acts of sabotage and attacking frontiers.

Some Kurdish groups from Iran base themselves in remote areas of Iraqi Kurdistan near the Iran border, and Iran frequently strikes their positions. The Democratic Party of Iranian Kurdistan and other Kurdish groups fight for Kurdish autonomy within Iran.