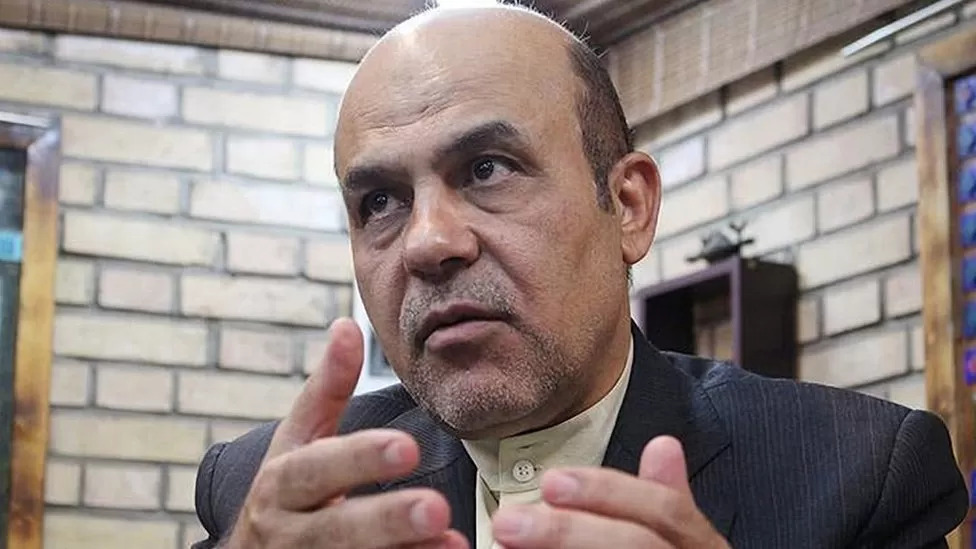 The ex-deputy Iranian defence minister, Alireza Akbari, who was arrested in 2019 and convicted of spying for the UK, has been executed. / BBC

A former Iranian deputy minister has been executed over “espionage” for the UK foreign intelligence organization.

Alireza Akbari who has had Iranian-British dual citizenship has been hanged without giving an exact date for when the sentence has been carried out, the Iranian judiciary’s official website Mizan reported on January 14.

On January 12, the state news agency IRNA published a nine-minute clip of “confessions” by Akbari. The video showed Akbari in multiple rooms, speaking about how he was initially contacted by the UK ambassador in Tehran. He does not mention the ambassador’s name nor the exact timing of the meeting. According to the captions on the video, he was first arrested in 2008 for espionage, before being released on bail and moving to the UK. The clip also shows captions, accusing Akbari of passing intelligence on Iran’s circumvention of Western sanctions. In the conclusion, Akbari blames his fate on his own “ignorance and negligence.”

Meanwhile, BBC Persian broadcast an audio message from former diplomat in which he says he was tortured and forced to confess on camera to crimes he did not commit.

On January 11, Iran’s Supreme Court upheld the death sentence passed on Akbari. According to the judiciary’s website, Akbari had been “one of the most important infiltrators” for British intelligence, and had been complicit in “compiling and consciously transferring sensitive information in a targeted way” to the security establishment in London.

In a statement, the Iranian Intelligence Ministry emphasized Akbari’s privileged access to sensitive material and his recruitment by “the SIS,” presumably MI6, during a visa application to the UK embassy in Tehran. The statement said Iranian counter-intelligence had fed Akbari with false intelligence following his identification. It added that British intelligence is unaware of exactly which parts of the intelligence obtained from the former diplomat had been subterfuge.

Akbari served under Ali Shamkhani when the latter was defense minister during the presidency of Mohammad Khatami.

Shamkhani is currently the secretary of the Supreme National Security Council (SNSC). Nour News (affiliated with the SNSC) denied recent “rumors” of Shamkhani’s replacement. The website described the reports as “fake news” published by “unofficial outlets.”