Iran, Azerbaijan And Georgia Agree on Establishment of Transit Route 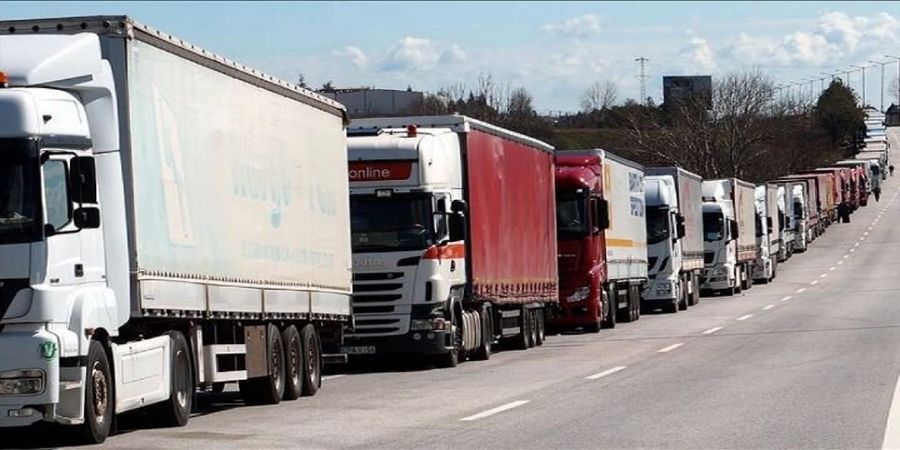 Based on the agreement, within the next four months, some pilot cargoes will be sent from Iran to deliver Iranian goods to Azerbaijan through the Astara border and also to Bulgaria or other Eastern European countries via Georgian ports on the Black Sea. / Iran Front Page

An Iranian transportation official has said that the transit route would run through Azerbaijan and Georgia and connect the Persian Gulf to the Black Sea.

"This project has actually been discussed for the last eight years, however, despite the involvement of many countries in such an agreement, it hasn't been executed yet due to differences in opinions of the parties," Javad Hedayati, the director-general of the International Transit and Transportation Office of Iran's Road Maintenance and Transportation Organisation told Iranian Students’ News Agency (ISNA) reported on December 6.

Iran proposed an initiative to the two Caucasus countries to better connect the region by establishing a new transit corridor, following the two meetings regarding transportation with Azerbaijani and Georgian officials. An agreement was reached with Azerbaijani and Georgian transportation officials to do a test run on this transit route by March 2022. The test run would see goods in Iran's southern ports travel to Azerbaijan via the Astara border and then transferred to Bulgaria and other European countries through Georgia's Black Sea ports.

Hedayati said that Iran and Georgia have access to free waters via the Persian Gulf and the Black Sea, respectively, adding that Georgia and Azerbaijan have also invested a lot in developing their transportation infrastructure and that's why Iran is trying to increase connectivity with these two countries.

The official said that the three countries will assess the costs and viability of the transit route, adding that it might become a good alternative to existing routes via Russia and Turkey and that other countries might be interested in it as well.

Back in 2016, Iran put forward a regional initiative to expand the Persian Gulf–Black Sea International Transport and Transit Corridor, which, in addition to Iran, involves Azerbaijan, Georgia, Armenia, Bulgaria and Greece. This multi modal corridor begins from the Gulf and southern Iran, heads northward across the country, and then proceeds to Azerbaijan, from where it reaches the Georgian ports of Poti and Batumi in the Black Sea.

The Persian Gulf–Black Sea International Transport and Transit Corridor, the International North-South Transport Corridor (INSTC), and China’s Silk Road Economic Belt are three strategic transit initiatives whose sea, land and rail routes pass through the region. Effectively combining the capacity of all three would allow Iran to connect the Oman Sea and the Gulf to the south, Afghanistan and Pakistan to the east, Central Asia to the northeast, and the Caucasus to the northwest.

If Armenia implements Article 9 of the November 10, 2020 agreement between Yerevan and Baku, which deals with the revival of several Soviet-era regional railways, Iran will be able to link its own rail network to Armenia and Georgia.

On the other hand, Tehran fears that the proposed Zangazur corridor, a transit route linking Azerbaijan's mainland with its exclave Nakhchivan and Turkey via southern Armenian territories, will weaken Iran's position in the region. The establishment of the corridor was agreed upon as part of the Russian-brokered deal that ended the Second Karabakh War.

In a conversation with local residents in the northern Azerbaijani town of Quba on December 6, Azerbaijani President Ilham Aliyev called on Armenia to give a date for the opening of the Zangazur corridor.

"I tell them to give us a date of when the Zangezur corridor will be opened, and there will be no problem in this case. Therefore, I think that both the Armenian leadership and the Armenian public must understand this. We have achieved what we wanted, and we will do that again. It would be better if this issue were resolved constructively through negotiations and mutual understanding," President Aliyev said.

"They [Armenians] must accept our conditions and put an end to any insincere approaches to roads and communications. If this happens, then all the peoples of the South Caucasus will live in peace and tranquility," the president added.

The Azerbaijani president's statement came ten days after a meeting of the leaders of Azerbaijan, Armenia and Russia in Sochi on November 26. A trilateral declaration was signed on the results of the Sochi meeting, which stressed the need for a speedy launch of "specific projects" in order to open up the region's economic potential.