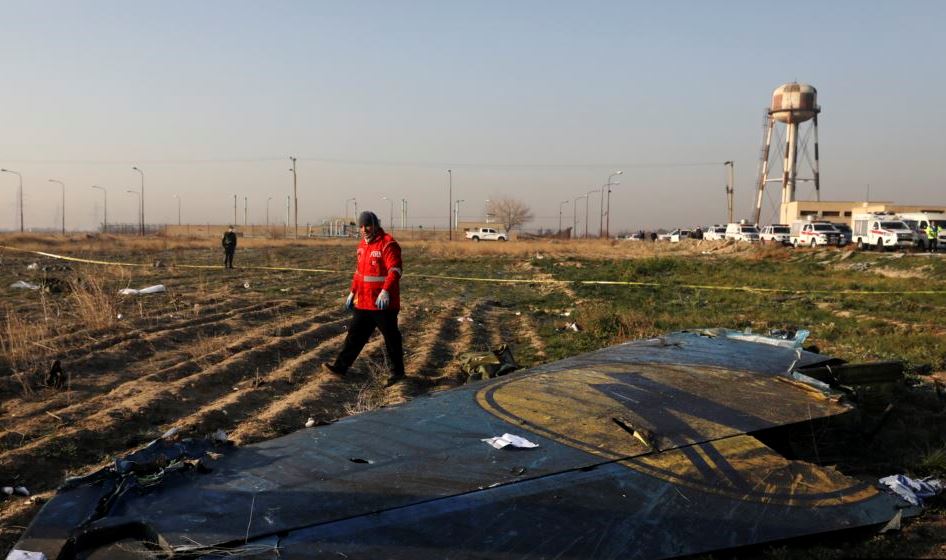 A rescue worker searches the scene where a Ukrainian plane crashed in Shahedshahr southwest of the capital Tehran, Iran, on January 8, 2020. / Ebrahim Noroozi / AP

Iran’s Civil Aviation Organization has announced that two missiles caused the crash of a Ukrainian civilian plane near Tehran airport on January 8.

“Two proximity missiles were fired from Tor-M1 at the direction of the airliner from the north. The impact of these missiles on the crash, and the analysis of this incident are still under investigation,” reads the second preliminary investigation report issued by the Civil Aviation Organization.

Ukraine International Airlines Flight 752 from Tehran and bound for Kiev flight was unintentionally shot down by the air defense unit of the Islamic Revolution Guards Corps shortly after taking off from Imam Khomeini Airport in the Iranian capital on January 8, killing all 176 passengers and crew members on board.

Most anti-aircraft missiles in the world are of the proximity-fused type, and such missiles do not explode by the impact on the target but have proximity fuses that make them explode and spread shrapnel near the target. This explains why the airplane did not explode in the air and was destroyed when it hit the ground after rapidly losing altitude, rather than falling from the sky.

Iran received the delivery of 29 TOR-M1 missiles from Russia under a contract worth an estimated $700 million, in 2017.

Ukraine, the United States, France, Sweden, the United Kingdom and Canada have all demanded that their representatives be provided with access to crash data. Meanwhile, Iran has refused to send the black boxes from the airplane for expert analysis in a country capable of performing the difficult task. Iran lacks the technology and know-how to do so, and Iranian officials claim investigations are still underway.

Iranian authorities took three days to admit that a missile battery operator had “mistakenly” shot down the aircraft. In a press conference on January 11, Commander of the IRGC's Aerospace Force Amir Ali Hajizadeh admitted the IRGC's responsibility for the downing of the commercial airliner, which took place very shortly after Iran had fired ballistic missiles at an airbase in Iraq that houses American troops, as retaliation for the drone strike that killed the IRGC’s Quds Force Commander Qasem Soleimani in Baghdad on January 3.