In A Country Often Plagued By Drought, Dams Are Now Overflowing 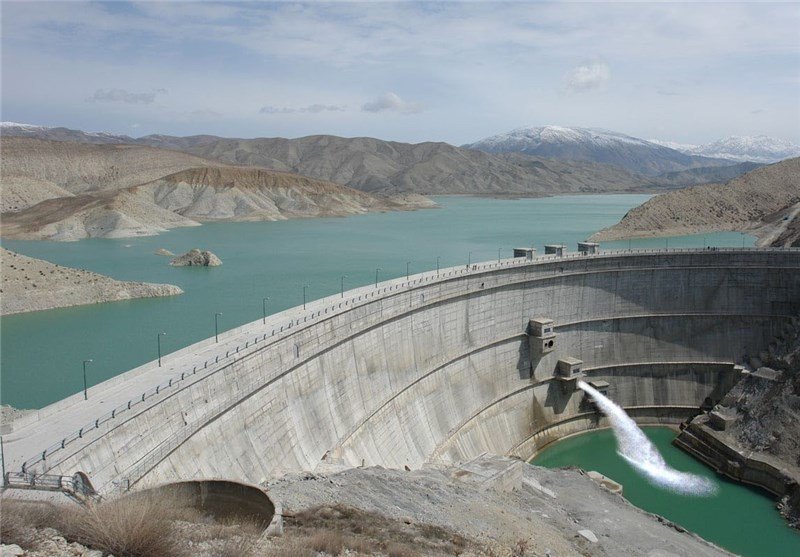 Over 41.15 billion cubic meters (bcm), or roughly 10.9 trillion gallons, of water is stored behind Iran’s 178 major dams, which is 53 percent more compared to the last year’s same period. The inflow of water into major dams stood at 71.6 bcm (19 trillion gallons) since the beginning of the current year, which is 277 percent more than last year’s same period. / MEHR News Agency

Eighty-two percent of Iran’s water reservoirs have been filled after a season of deadly floods and heavy rains, in a country that has been experiencing crippling drought for about a decade.

“During the nine-month period in Iran’s current hydrological year (September 23, 2018 - May 28, 2019), 82 percent of the country’s dams have been filled, and this figure is 28 percent more last year’s same period”, according to the data provided by Iran Water Resources Management Company (WRMC), Islamic Republic News Agency reported on June 1.

Over 41.15 billion cubic meters (bcm), or roughly 10.9 trillion gallons, of water is stored behind Iran’s 178 major dams, which is 53 percent more compared to the last year’s same period. The inflow of water into major dams stood at 71.6 bcm (19 trillion gallons) since the beginning of the current year, which is 277 percent more than last year’s same period. These increases are dramatic by any standard, but are not insignificant for a country that has suffered from a chronic water crisis for over a decade, which by 2018 led to widespread unrest in Iranian society.

The five dams supplying water to the capital Tehran are plentiful, according to the managing director of Tehran Regional Water Company, Hassan Razavi.

In 2018, the volume of water behind the Caspian country’s dams went down so much that electricity output from hydropower plants fell to their lowest within a decade.

Until March, Iran was suffering from dangerous drought for about 10 years, and some cities were facing water shortages. Heavy rains and floods began immediately after the Iranian New Year (March 21), however, and lasted into April, flooding 25 of Iran's 31 provinces, creating mass evacuations, ravaging infrastructure and inflicting heavy losses on the agricultural sector.

Nearly 100 people lost their lives in the floods, and the country suffered about $2.5 billion worth of damages. According to Iran’s Minister of Roads and Urban Development Mohammad Eslami, 14,000 kilometers (8,700 miles) of the road was damaged and more than 700 bridges completely destroyed by landslides and floodwaters.

Although the government has promised compensation, it is almost impossible to help people rebuild, with oil and other exports drastically reduced by U.S. economic sanctions.

Banks have given a total of $40 million to help compensate for losses in flood-stricken areas, according to the data released by Iran’s Ministry of Industries and Mines. Bank Refah has allocated $12.5 million to Social Security Organization retirees, or those covered by the Imam Khomeini Relief Committee and the State Welfare Organization of Iran. Bank Sepah paid $9 million in low-interest loans to people in the flood-stricken regions.