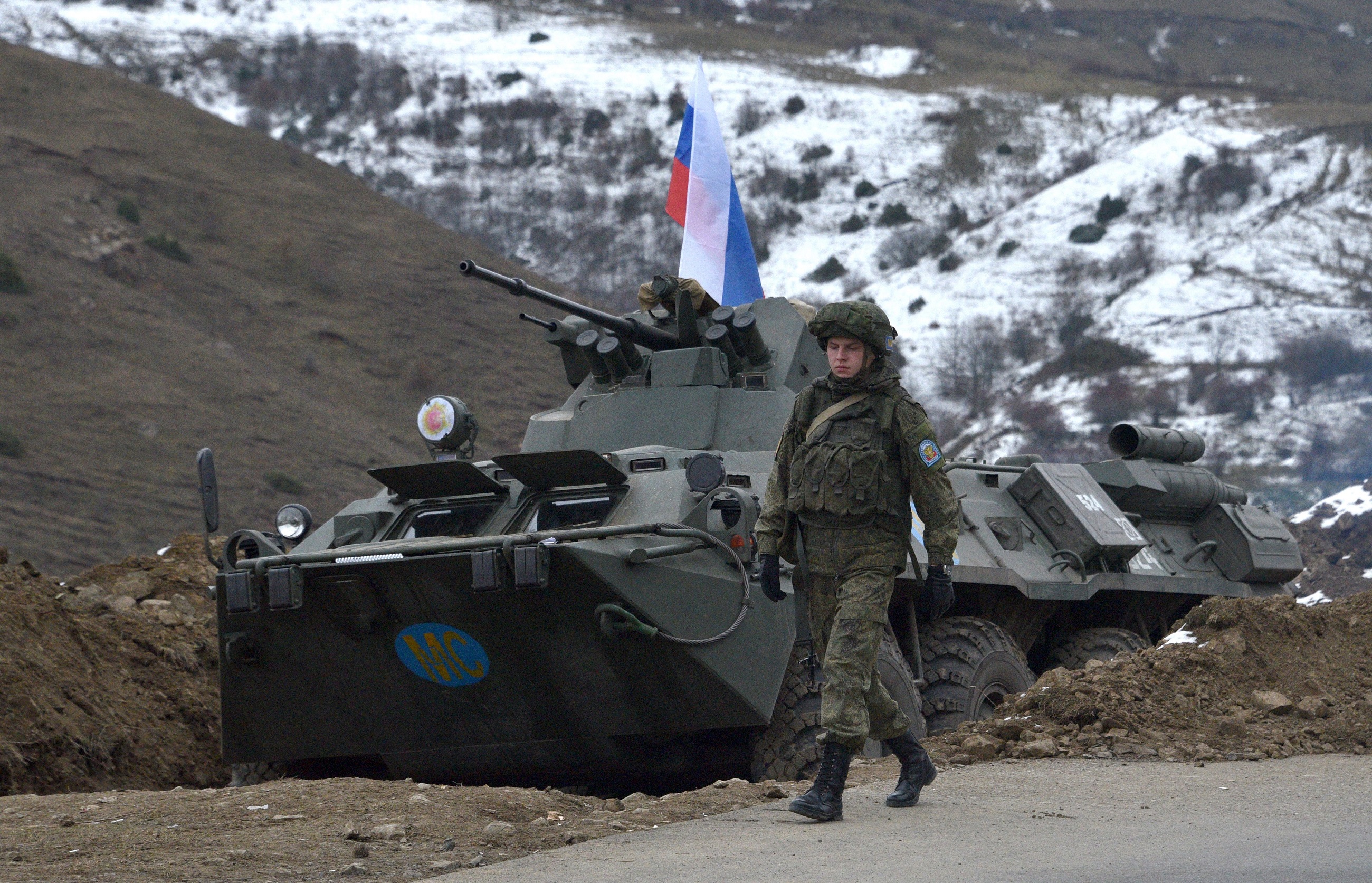 According to data obtained by the Baku-based news service Qafqazinfo, the illegal visitors were citizens of the Islamic Republic of Iran. They passed through the checkpoint installed by the Russian peacekeeping mission in the Karabakh (Garabagh) region of Azerbaijan on November 24.

A Mercedes-Benz car with a license number “34-QA-444” carried about 14 people from Iran to the Karabakh region, 12 of which were from the country’s southwestern city of Izhe in the Khuzestan region, which is known for its ethnic diversity and inhabited by many different ethnic minorities, including Armenians.

Qafqazinfo has been looking into the possible reasons for the illegal secret arrival of unknown persons from Iran in the Karabakh region. According to the data, they were sent to conduct sabotage and terrorist exercises for armed Armenian gangs who are still present in the Azerbaijani territories temporarily monitored by the Russian peacekeepers.

Furthermore, they are believed to have been tasked with training the same criminal groups to use Iranian-made ammunition.

Given the reports about the presence of a secret base of the Iranian special services in Izhe city, the visitors are believed to be special service members specialized in organizing terrorist sabotage.

The Ministry of Defense of Azerbaijan addressed the matter through several statements on November 26, 27, 28, 29 and 30 warning against the distortion of Azerbaijani toponyms in the Karabakh region by the Russian peacekeepers. However, the appeals were to no avail as the peacekeepers once again used fictitious Armenian names for the Azerbaijani settlements, Aghdara and Khojavand on Wednesday.

The recent illegal transfer of Iranian citizens to the Karabakh region is nothing new in Iran’s periodically rising hostile policy toward Azerbaijan. Tensions between the two neighboring Caspian littoral states have been on the rise since the 2020 Second Karabakh War between Azerbaijan and Armenia. As a result of the war, Azerbaijan liberated its territories from nearly three decades of illegal Armenian occupation, including those on the southern border with Iran. Since then Tehran has not been refraining from direct and indirect attempts to challenge the South Caucasus country.

In 2021, Azerbaijani media reported that during the 2020 war, Azerbaijan forces advancing toward Zangilan, encountered an Iranian unit that had crossed the border and blocked the road. Back then the authorities of the Islamic Republic claimed that the troops were deployed there “to safeguard” the Khudafarin dam on the Araz River, which runs along the Iranian-Azerbaijani border. After a day of negotiations, the Iranian military left the territory of Azerbaijan, but during this time the Armenian forces managed to regroup.

Tensions between Baku and Tehran escalated in August 2021 over illegal trips by Iranian lorries to certain parts of Azerbaijan’s Karabakh region, where Russian peacekeepers are temporarily deployed. As a result, Azerbaijan’s customs officials began collecting fees from Iranian cargo lorries to use the Azerbaijani section of the road between Armenia’s towns of Gafan and Gorus. In response to this, Iran kicked off military drills on the border with Azerbaijan and accused Baku of allowing Israeli forces on Azerbaijani soil.

In October, Tehran conducted large-scale military drills in the country’s northwestern areas along the Araz River on the border with Azerbaijan. Four days earlier, on October 15, in a telephone conversation with his Azerbaijani counterpart Jeyhun Bayramov, Iranian Foreign Minister Hossein Amir-Abdollahian expressed Tehran's concern over the presence of "foreign forces" in the Caucasus.

Meanwhile, on November 1 the State Security Service of Azerbaijan exposed a clandestine group of Azerbaijani citizens that were illegally involved in military exercises outside the country under direct financing and guidance by the Iranian special services. On November 15, the State Security Service exposed a spy network in Azerbaijan created by the special services of Iran. According to the information, the Iranian special services have recruited Azerbaijani citizens on a paid basis to collect data about Azerbaijan’s oil and gas pipelines, the storage locations of the drones, tanks, and other armored equipment of the Azerbaijani army and State Border Service, political processes, military units, their locations, and assignments in the country and more.

Furthermore, recently, the Iranian hacker group "Black Rewards" has revealed documents related to the Islamic Culture and Relations Organization of Iran, including papers of bank payments to the accounts of Tehran’s agents in Azerbaijan. According to the leaked documents, in January and March 2022, payments worth €47,158 and €75,000 were made to bank accounts in Baku and €15,083 and €30,000 to those in Nakhchivan. In April 2022, €40,000 more were transferred to a bank account in Baku. All transfers have been reportedly made from the National Bank of Iran.