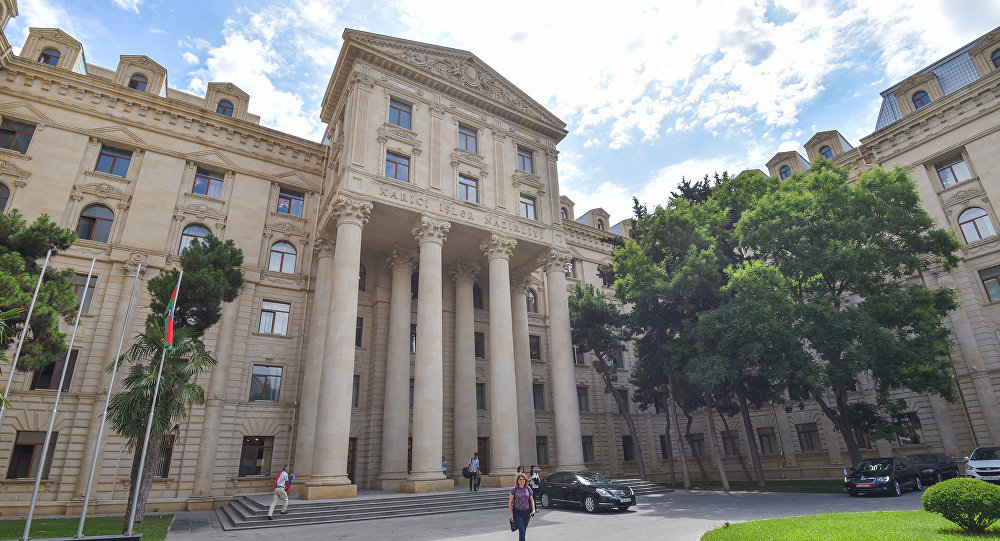 The recent illegal “elections” in the Nagorno-Karabakh region of Azerbaijan occupied by Armenia have again rekindled tensions between the two South Caucasus nations that have been at odds since the early 1990s.

Azerbaijan’s foreign ministry has issued an immediate statement to denounce the so-called “elections” saying it do not have any valid lawful basis and obviously violate the Constitution of Azerbaijan, the charter of the United Nations (UN), and the resolutions adopted by the UN Security Council.

“Any election will be possible only after the withdrawal of the Armenian occupying forces from the occupied territories, the return of the displaced Azerbaijanis to their native lands, as well as the restoration of dialogue and cooperation between the Armenian and Azerbaijani communities of the region.”

The illegal “elections” to the so-called "presidential office" and "parliament" of the self-declared separatist regime in the occupied Nagorno-Karabakh region took place on March 31. Russian media outlet Kommersant reports that two out of three so-called presidential hopefuls – oligarch Arayik Arutunyan and the self-declared foreign minister of the separatist regime Masis Mayilyan will go to runoff “polls” on April 14 after none managed to get enough votes in the first round.

Meanwhile, along with unrecognized presidential “polls,” a political party led by Arutunyan has won the fictitious “elections” to the self-designed legislature in the occupied Nagorno-Karabakh region of Azerbaijan.

“The illegal regime established by the Republic of Armenia in the occupied territories of Azerbaijan is the result of aggression, ethnic cleansing and racial discrimination; it is under the leadership and control of Armenia,” foreign ministry said.

“The international community has unequivocally and consistently rejected the previous "election" shows orchestrated by the Republic of Armenia in the occupied territories of Azerbaijan, and thus, clearly invalidated whatever pretexts that Armenia cynically uses to justify its overt disrespect to international law, the sovereignty and territorial integrity of the Republic of Azerbaijan, as well as the human rights of the expelled population of the occupied territories.”

The governments of the various countries, including United Kingdom, Georgia and Moldova, along with internationals organizations such as the OSCE Minsk Group and the European Union, as well as the officials of NATO issued statements to denounce the illegal “elections” in the internationally recognized territory of Azerbaijan as the violation of the territorial integrity of Azerbaijan and undermining of political negotiations.

The ultimate outcomes of the war caused Azerbaijan to have 20 percent of its landmass occupied and 30,000 of its people killed, and one million were forced to leave their houses in the occupied lands. According to the government data, around 4,000 citizens of Azerbaijan, including 265 women and 67 children are still in captivity of Armenia in the wake of war.

The international community has been demanding immediate withdrawal of Armenia's troops from the occupied Azerbaijani lands and return of displaced Azerbaijanis to their homes through various legally binding documents, including four UN Security Council resolutions that were passed in 1993. However, Armenia has been evading fulfillment of the resolutions. The political talks mediated by the OSCE Minsk Group co-chaired by diplomats from the U.S., France, and Russia since 1994 have not yielded tangible results for the restoration of Azerbaijan’s territorial integrity.