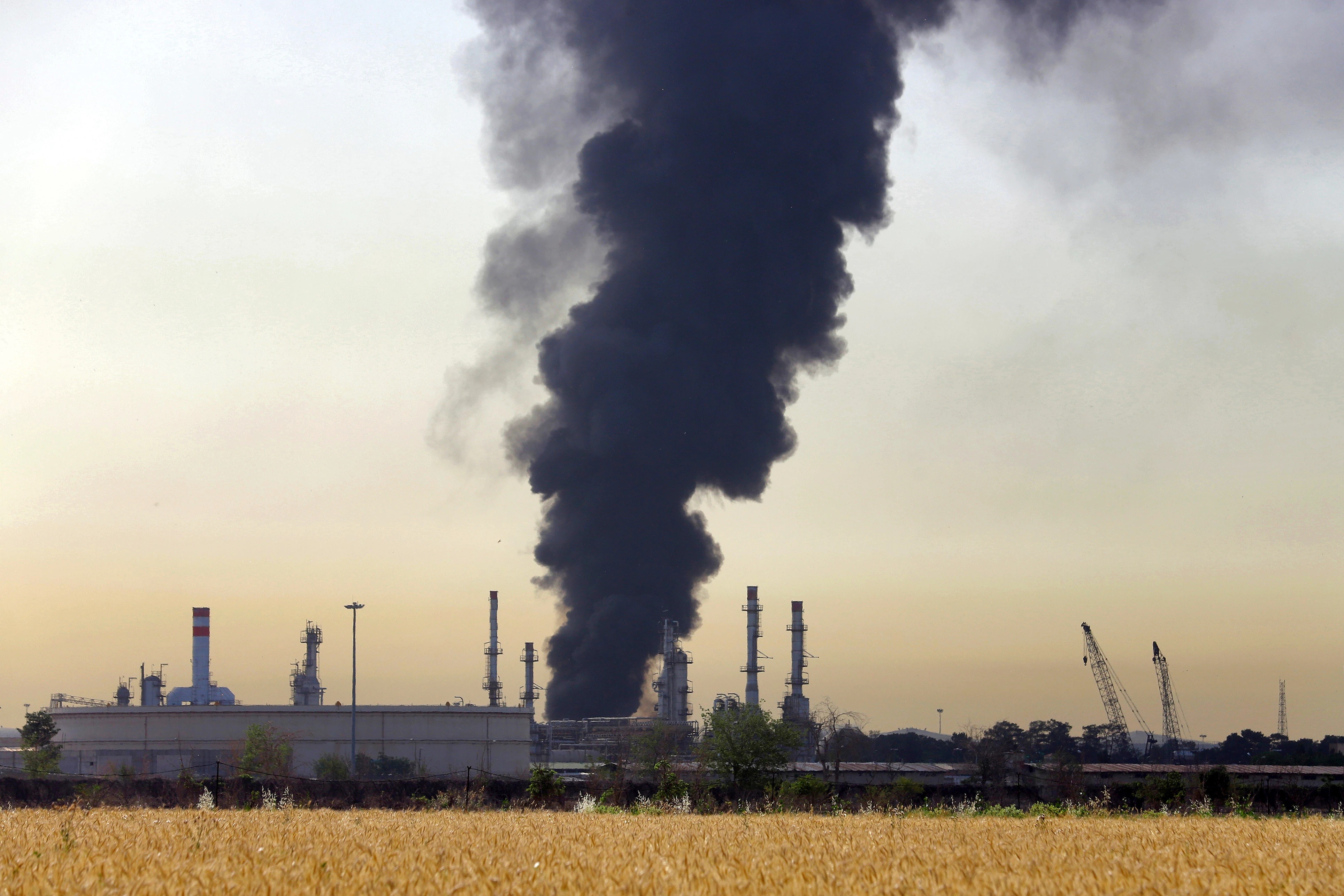 A plume of smoke rises up from the main oil refinery near the Iranian capital, Tehran on June 3, 2021. / AP

A massive fire that broke out at an oil refinery in southern Tehran was extinguished on June 3, after over 20 hours.

“The fire at the refinery was contained and completely extinguished, after 24 hours of efforts by rescue and fire brigades,” the head of public relations at the Tehran oil refinery, Shaker Khafaei, told Islamic Republic News Agency (IRNA).

The blaze started at the Shahid Tondgooyan refinery in the Shahr-e-Rey residential area on June 2 at around 19:15 local time. It quickly produced a giant pillar of billowing smoke that could be seen across the capital, as at least four crude oil storage units in the facility were set alight.

Khafaei added that since the fire was concentrated on storage units, it had not caused severe material losses to pumps, compressors, or similar equipment. However, for the same reason, the fire could not be extinguished until all of the contents of the storage units had been burned up.

Meanwhile, Jalal Maleki, spokesman for the Tehran Fire Department, said three firefighter units and plant firefighters were on-site at least until the morning of June 4 to maintain safety.

The firefighters made an effort to ensure that installations and storage units next to the blaze are kept cool to isolate the fire and prevent it from spreading further. However, one of the storage units continued to smolder and kept on producing smoke as a result.

As the numbers of victims vary from outlet to outlet, there is no clear statistic yet.

According to a report by state-run Network One TV, nobody had been injured in the incident. Still, the claim was contradicted by reports that 11 people needed medical care due to the blaze or the subsequent civil defense effort to extinguish the fire. Iran’s Emergency Health Department reported that four injured people had been taken to hospital, while seven had received treatment on-site.

Iranian officials ruled out sabotage, while preliminary investigations suggest a leak caused the fire. The fire at the refinery happened a few hours after Iran’s largest navy ship, the IRIS Kharg, caught fire and later sank in the Gulf of Oman, which connects to the Strait of Hormuz, where about a fifth of the world’s oil passes.